Now that Marvel Studios is finally close to debuting its highly anticipated Phase 4 lineup at the end of this year, the time has also come to restart the merchandising campaigns. The new slate of Marvel Studios movies unfortunately won’t be premiering until spring 2021 at the earliest, which means the studio is now focusing heavily on their brand new batch of mini-series on Disney+.

Filming is currently taking place for The Falcon and the Winter Soldier as other MCU Disney+ productions continue or begin over the next few months. WandaVision is the first of these new shows to be released, with it currently rumored to premiere at the end of next month . News has recently come as well for new collectible items based off this new show...

Update: An official listing from Entertainment Earth has just released more details on five of the seven WandaVision Funko Pops, depicting multiple versions of Wanda and Vision from different time periods set to be depicted in the series. Each of these figures are now available for pre-order with an expected December 2020 delivery time: 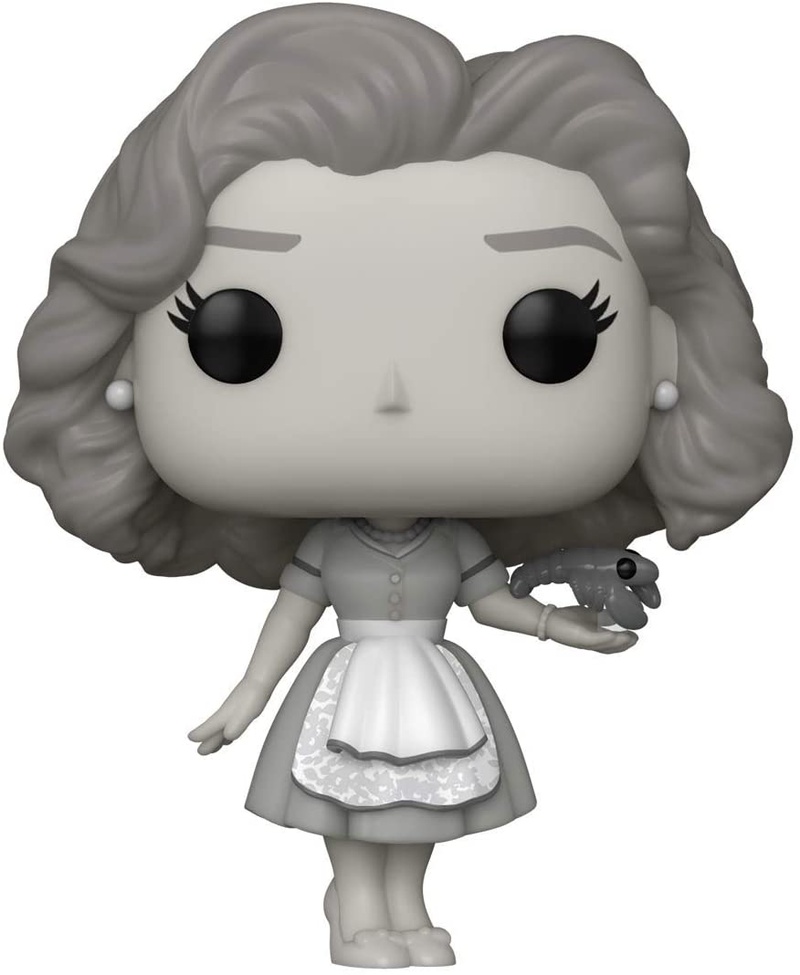 A look at Elizabeth Olsen's Scarlet Witch in her 1950's dress from the show's trailer, completely in black & white. She also appears to be holding a lobster in her hand, possibly preparing  for its imminent use in a home-cooked meal. Pre-order now. 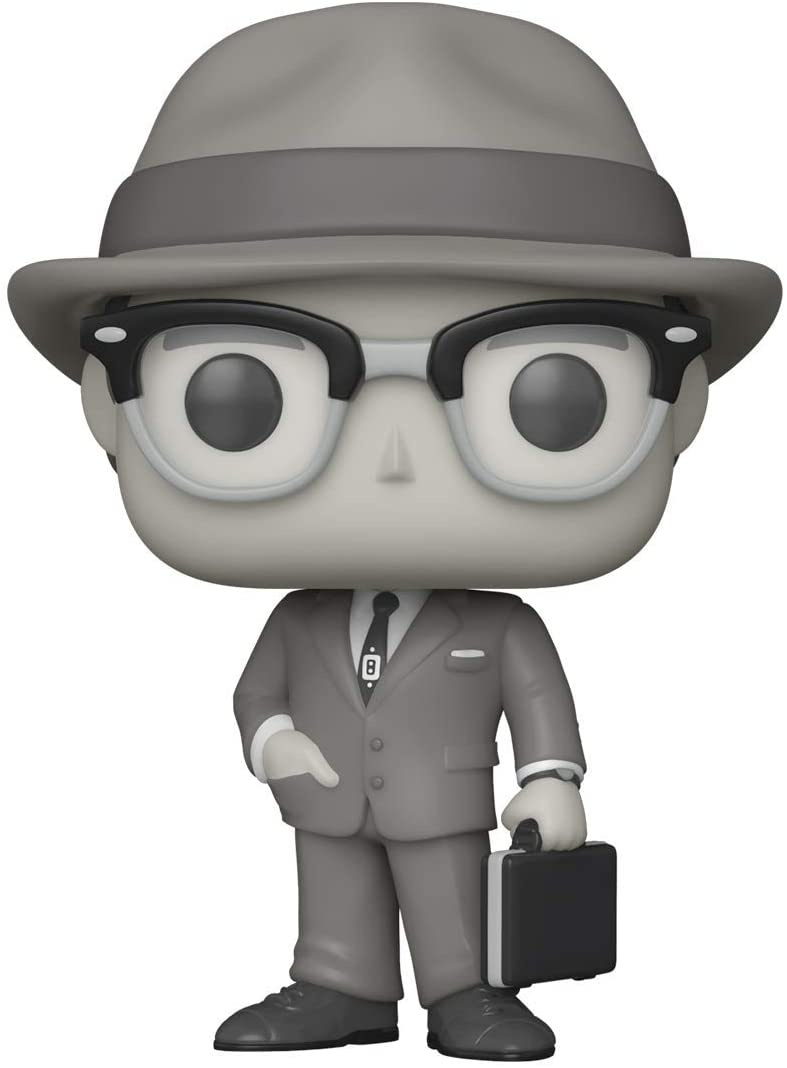 A depiction of Vision fancied up in human form, bringing back the look from his first scene in Avengers: Infinity War and set to be explored more deeply through the 1950's portion of WandaVision . His look is complete with glasses and a briefcase, leading fans to wonder exactly what he'll be doing for a living in 1950's human form. Pre-order now. 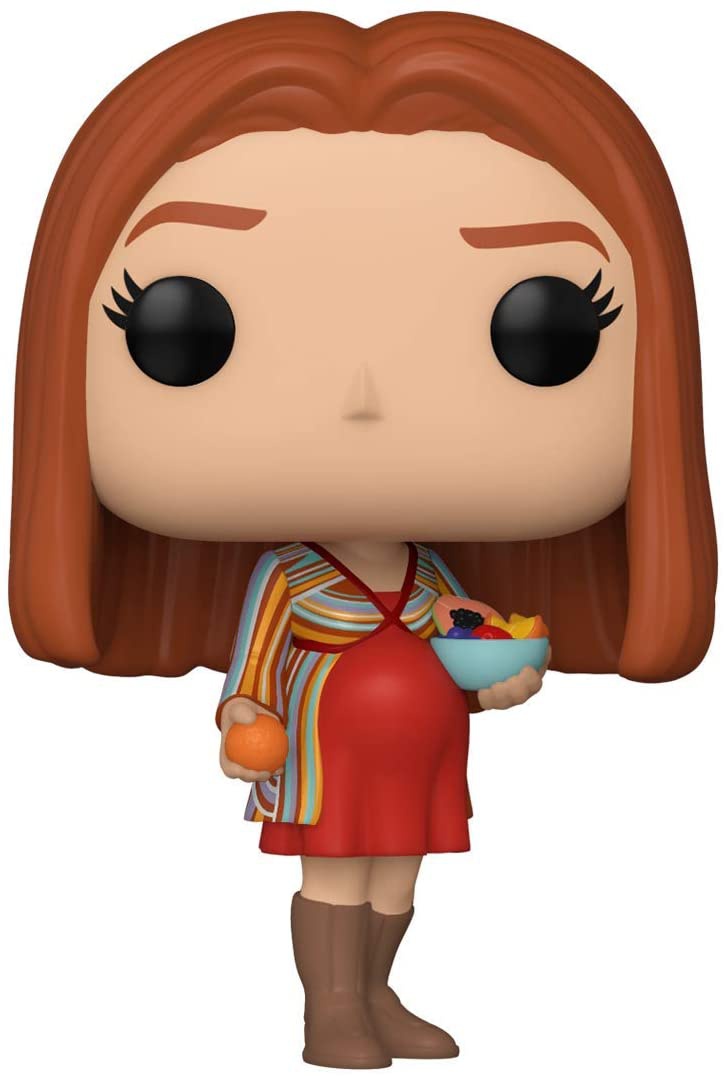 Wanda in an outfit inspired by The Brady Bunch , embracing the 1970's in full color. She is also holding a bowl of fruit in one hand, an orange in the other hand, and what appears to be the beginning stages of babies in her belly. Pre-order now. 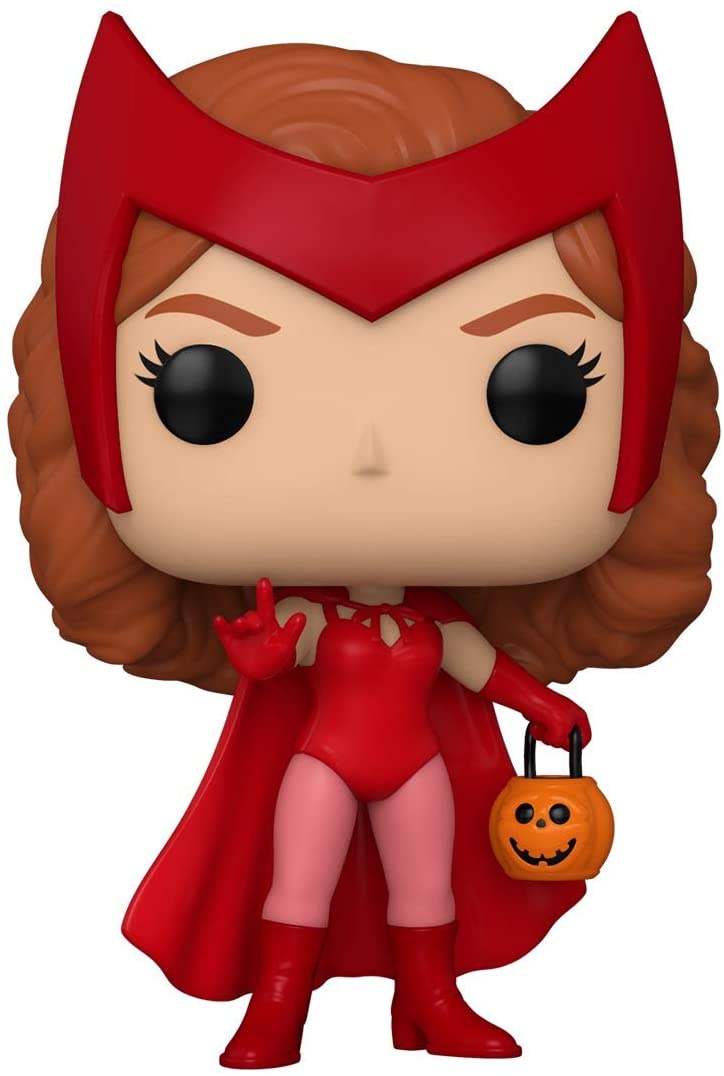 The first attempt at Wanda Maximoff's comic-book accurate costume as she celebrates Halloween in an era close to present day, including the red one-piece and headpiece with pink leggings. She also has a classic Halloween candy basket in one hand while the other looks to be ready to perform some of her magic and tricks. Pre-order now. 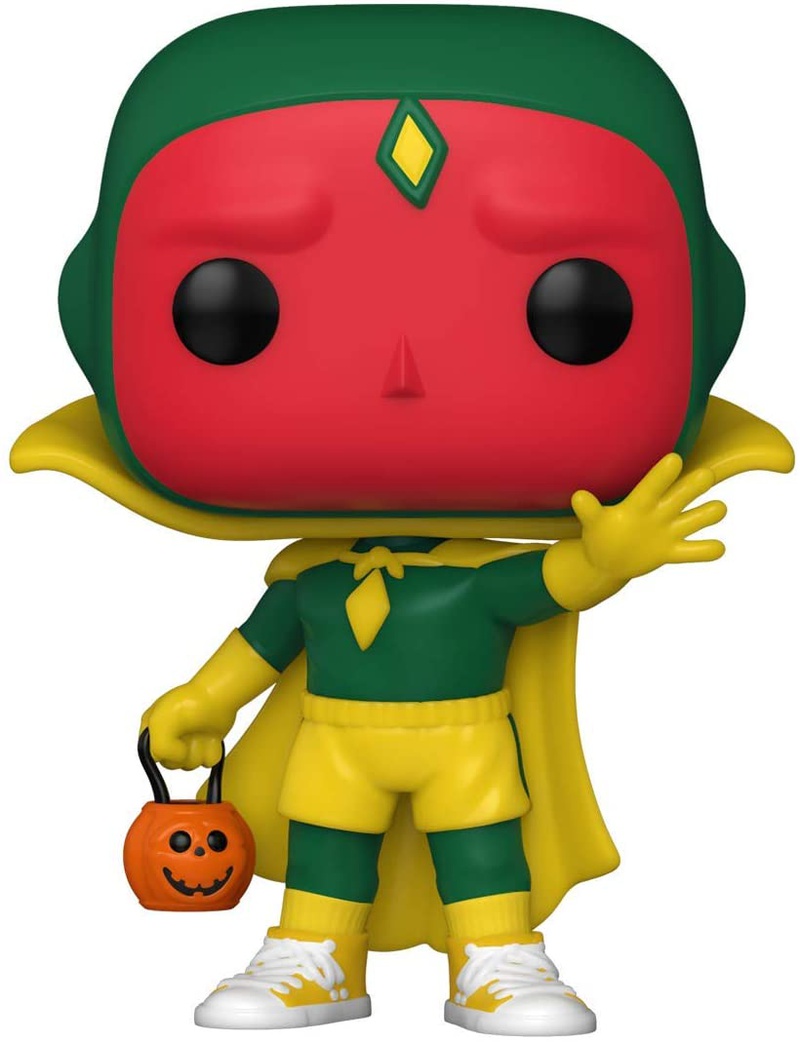 Vision joins in the Halloween fun with a comic-book accurate costume of his own, complete with a yellow fabric cutout covering his very real Infinity Stone. He's also rocking the bright yellow sneakers and gym shorts as he holds his Halloween basket, possibly his reasoning behind the face he makes when he's dressed like this in the trailer. Pre-order now.

All the figures can be seen here:

These new collectible items don’t give a ton of previously unknown information about the show’s title characters, as some past MCU Funko Pops have been known to do, but they do make for an exciting new purchase for collectors all over the world. With half of the items in black and white and the other half in full color, also including looks for both Wanda and Vision from three different decades , this is almost guaranteed to be one of the hottest new sets of Funko Pops on the market.

Important to take note of is the fact that both Vision figures from the 1950s have the same exact bodies, just with a different face for his human and android forms. This could be a sign of consistency from the 1950s portion of the trailer translating to the full show. Additionally, the three time periods represented in these figurines - 1950s, 1970s, and 1990s or modern day - could indicate these as the three most important time periods explored in the reported nine episodes.

There is no set release date for these items, although the tweet is adorned with “coming soon” in its caption. WandaVision is set to make its premiere on Disney+ as early as Thanksgiving weekend 2020 , and fans will undoubtedly be on the edge of their seats waiting for an official release date for this new line of Funko Pops.