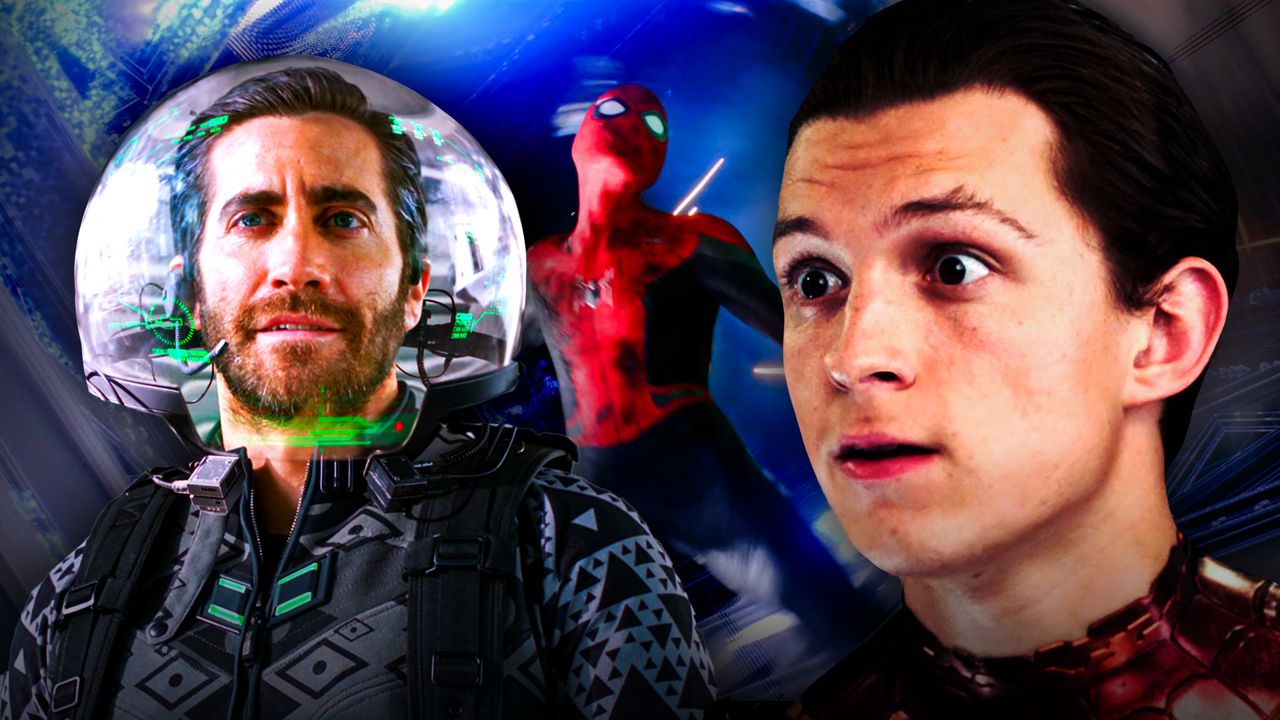 There have been many new set photos caught by bystanders and paparazzi for Spider-Man 3 ever since the holidays concluded and filming recommenced. The biggest revelation from these new leaks is that at least part of Spider-Man 3 will occur during the holiday season, shown through on-set Christmas decorations and Peter walking in the snow to MJ's workplace.

As for how Spider-Man 3 will deal with Mysterio revealing Peter's secret identity to the entire world, and framing Parker for his death, fans have already guessed that Quentin Beck was faking it. Regardless of whether the fake hero is alive or not, his presence will still be felt in this threequel if these new set photos are any indication.

Known paparazzi Atlanta Filming has gotten more footage from the Spider-Man 3 set in Atlanta, Georgia. Posted to Instagram, this video shows a billboard covered in posters, including one focused on Mysterio.

Upon closer inspection, many of the flyers and posters on this billboard are quite old, one of them even referring to “The Snap,” along with several missing person posters, likely when they had first disappeared.

Two relatively new additions to the billboard are very relevant to the events of Spider-Man: Far From Home and will likely be a focus in Spider-Man 3. A poster showing Mysterio with “I believe” plastered on it and another which reads “Citizens to defend Spidey.”

New photos from the ‘SPIDER-MAN 3’ set!

It's obvious that one of the bigger conflicts of the upcoming Spidey flick will be Peter Parker proving his innocence after being framed as the one responsible for the attack in London, and killing the world's newest and greatest superhero, Mysterio. The last cliffhanger from Spider-Man: Homecoming with Aunt May finding out Peter was Spider-Man was resolved completely off-screen, so it's nice to see more affirmation that the one from Spider-Man: Far From Home won't just be brushed under the rug too.

The poster calling for citizens to defend Spider-Man could further support Peter Parker being put on trial in Spider-Man 3, with some of those citizens even being “Madison Citizen” extras reported several weeks ago. Charlie Cox has also apparently already filmed his scenes for Spider-Man 3, so fans could very well see Matthew Murdock defending Peter Parker in a court of law.

It'll be interesting to see how this conflict will be resolved and if it will be as obvious as either Tobey Maguire or Andrew Garfield pretending to be Spider-Man to the public to clear Peter's name.