The month of March has come and gone, in the process lacking many public events and happenings due to the coronavirus outbreak. Perhaps one of the most notable absences has been the cancellation of March Madness - the NCAA basketball tournament that prompts millions of fans across the world to fill out brackets. To fill this gap, The Direct is more than happy to present (in addition to the ongoing MCU Madness Tournament) the Star Wars Madness Tournament: A bracket-based gauntlet to decide the ultimate movie of the entire Star Wars franchise. The outcome of this tournament will be decided 100% by you, the fans, as we ask our readers on The Direct to vote on the Star Wars movie matchups until one winner is crowned! Here's the current official bracket for the Star Wars Madness tournament... 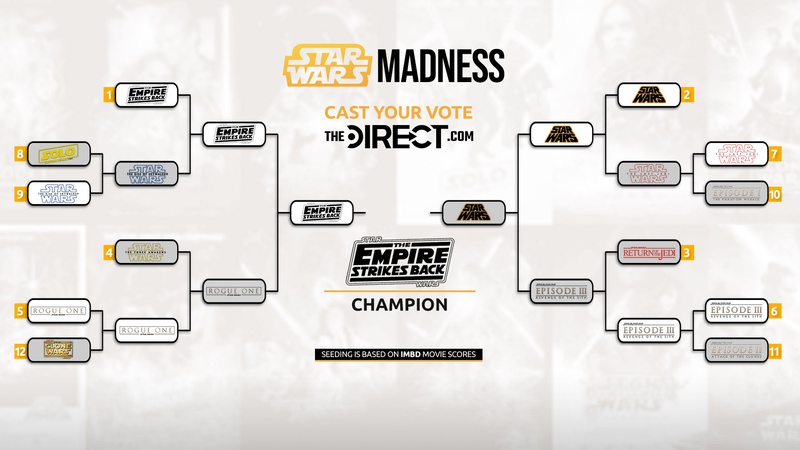 We have seeded all 12 theatrically-released Star Wars movies based on their IMBD ratings. The top 4 seeds receive a first-round bye while the 5-12 movies battle it out in round one. Here are the official rankings that decide our seeding.

Fans can vote on TheDirect.com at the bottom of each matchup page. Be sure to create an account on The Direct in order to play along!

#6 Episode III: Revenge of the Sith vs. #11 Episode II: Attack of the Clones

#1 The Empire Strikes Back vs. #9 The Rise of Skywalker

The Rise of Skywalker /