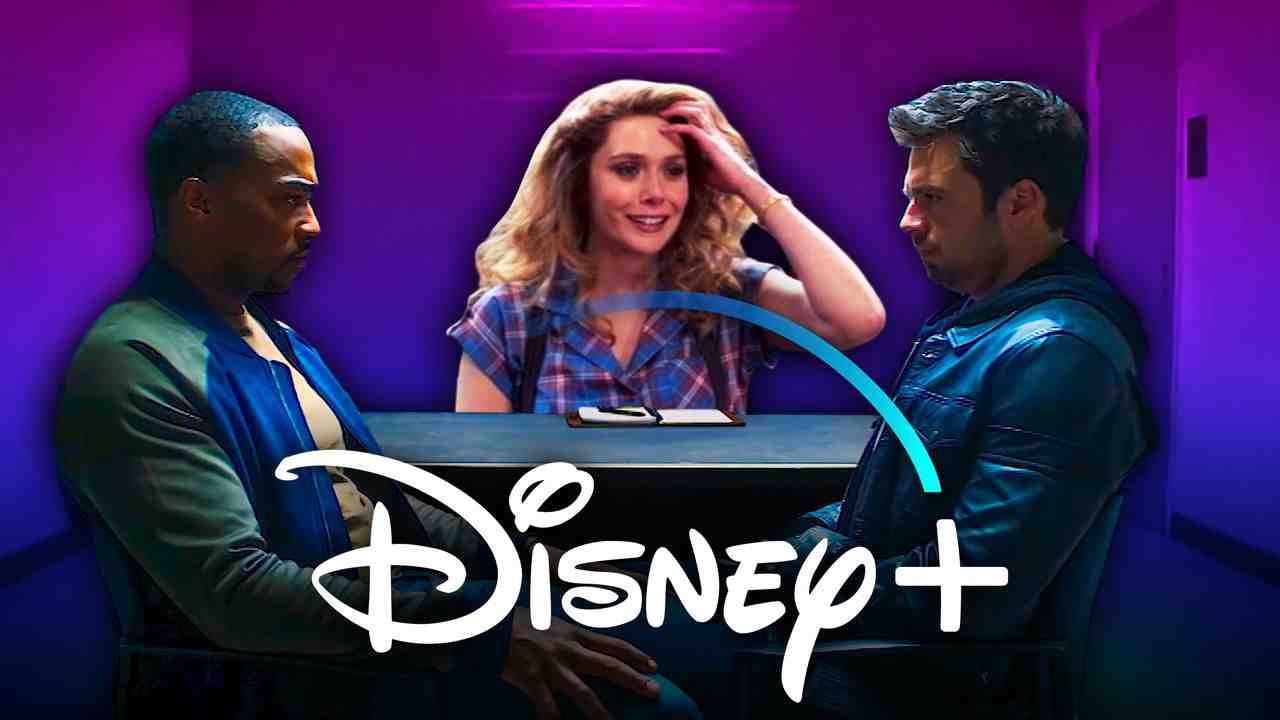 Marvel Studios may only be starting Phase 4 of the Marvel Cinematic Universe, but the franchise's first new project since July 2019 is already proving to be one of the wildest rides yet. WandaVision , which is the MCU's daring debut endeavor on Disney+, is bringing mind-blowing surprises and new intriguing storylines with every new episode through five weeks of action to date.

Two weeks after this series ends, after a brief peek behind the scenes into Phase 4 , The Falcon and the Winter Soldier will make its long-awaited arrival on Disney+. Originally set to be the MCU's first Disney+ entry before WandaVision took the honor, Anthony Mackie and Sebastian Stan's next adventure will catch fans up with what's happening in a post- Avengers: Endgame world while simultaneously tackling some important real-world topics .

Thanks to a new social media interaction, fans are now making an unexpected connection between these two stories, which is very real and even funny at the same time.

Twitter user @folkloredean posted an image from Avengers: Endgame of Wanda Maximoff, Bucky Barnes, and Sam Wilson from Tony Stark's funeral. Along with the photo came the hilarious caption "the 'we needed therapy but instead they gave us a show' crew:"

the "we needed therapy but instead they gave us a show" crew pic.twitter.com/CUnkX3x55z

In an Instagram story , The Falcon and the Winter Soldier star Sebastian Stan shared an image of the tweet along with the very simple caption "TRUE 🤷🏻‍♂️.:"

GET THESE THREE SOME HELP!

Through the first six episodes of WandaVision , it's abundantly clear that Wanda Maximoff is experiencing some real and intense trauma that led her to create an expansive world for herself, which includes a revived Vision and her twin sons. Alongside the memories of everything she's lost, which is compounded by her brother Pietro's strange return within the Hex , Wanda needs as much help and support as she can get.

As the MCU transitions to The Falcon and the Winter Soldier , Sam Wilson and Bucky Barnes will likely prove themselves in need of the same support from a mental health standpoint. Sam is dealing with the responsibility of taking on the Captain America mantle in a world that's been turned upside down, and Bucky is still working to put decades of Hydra-induced trauma behind him while he finds his true self again.

Sebastian Stan's sense of humor shines brilliantly once again through this post, finding a way to tackle some really deep stuff while bringing laughs as well. It remains to be seen if or when Wanda will sit down and get the help she needs after WandaVision . However, from the action in the recently released Super Bowl trailer , it appears that Sam and Bucky will be tackling their problems head-on both individually and as a duo.

The story for these three will continue through the end of WandaVision's run on Disney+ before The Falcon and the Winter Soldier starts on March 19, 2021. Hopefully, this crew of starring characters in TV shows will get the benefit of some therapy in the end as well.