Marvel Studios has officially completed its third Disney+ project of 2021 with the final episode of Tom Hiddleston’s Loki on Disney+. Following up on excellent storytelling in both WandaVision and The Falcon and the Winter Soldier, the MCU’s God of Mischief found himself on quite the wild ride through the vast reaches of space and time over six episodes.

Following Loki after his escape with the Tesseract in Avengers: Endgame, Hiddleston showcased the anti-hero in his seventh MCU outing as a lost soul trying to find his way amongst the bureaucratic Time Variance Authority, facing numerous challenges along the way.

Fans were introduced to Owen Wilson’s Mobius and Gugu-Mbatha Raw’s Judge Renslayer as the organization’s fearless leaders while also finding out about a new Variant of Loki in Sophia Di Martino’s Sylvie. This all led to the unexpected yet exciting reveal of the show’s villain, Jonathan Majors’ Kang the Conqueror, who pulled the strings on the entire multiverse before everything seemingly broke loose.

With the series now over, some fans are now taking the opportunity to look back at the marketing run for Loki to see what scenes were used to build hype for the series.

Often times in MCU projects, Marvel Studios throws scenes into the promotional run that don’t make it into the final cut of a movie or show. Whether it’s to tease a relationship or hide a major spoiler, Disney and Marvel have perfected the trailer formula to give fans just what they need to prepare for the MCU’s next big release.

This has already happened to some extent with the first three projects in Phase 4 - WandaVision, The Falcon and the Winter Soldier, and Black Widow.

Both WandaVision and Black Widow actually utilized most of the material in their trailers and TV spots, which was particularly impressive for Scarlett Johansson’s movie. Black Widow had to turn to using footage from Johansson’s past MCU appearances to help tease her story, although the team still did its job in keeping the core plot a secret over the course of 18 months.

The Falcon and the Winter Soldier had one notable scene not make the final cut, which featured Sam and Bucky verbally sparring with each other over Bucky’s “cyborg brain.” Sam gave one of his classic comedic moments with Bucky having none of it, although that moment was one of the scenes that didn’t end up utilized in the actual show.

Now comes Tom Hiddleston’s solo Loki series, which continued the trend of a six-episode story set by The Falcon and the Winter Soldier.

This series had quite the tough challenge with promotional material considering Marvel could show plenty of interesting story points without giving too much away. Obviously, Kang’s debut was off the table, as was the Loki Variants reveal probably, but that still left over four full episodes of material to utilize in teaser trailers.

With that being said, here are four key shots from the Loki trailers that didn’t make it into the final cut of the Disney+ series.

LOKI IN THE RUINS OF NEW YORK

The first trailer for Loki that premiered at Disney Investor Day in December 2020 featured a couple of shots that were omitted from the final cut of the show. One of them shows the God of Mischief in what appears to be the ruins of an alternate New York City.

This shot looks similar to when Loki first arrived in The Void at the end of Episode 4 and the start of Episode 5, in which part of the landscape featured iconic MCU New York buildings like Stark Tower and the Sanctum Sanctorum. However, this shot features Loki on his own while the final episode had him meeting the four new Loki Variants and running from the monstrous Alioth.

Fans had no idea of The Void's existence in the early promotional material for Loki, which meant this shot raised a number of questions about what was happening to the show's star character. By teasing something familiar to MCU fans like Stark Tower, it took the attention away from the shocking reveals Marvel Studios had planned for later in the show's run.

While fans wondered where this shot would come in, what actually arrived in Loki certainly helped make up for it with some major differences in the scenery.

SOLO LOKI IN THE CITADEL

Episode 6 also got its shine in the trailers, although Marvel continued to do its job of keeping what was coming in the show as much of a secret as possible. This was proven with the shot of Tom Hiddleston's Loki in a huge purple corridor that turned out to be The Citadel at the End of Time when all came to a head.

In the show's second full trailer, Loki is seen slowly walking down a corridor with gold lines streaking down the walls as the camera turns. Episode 6 showed this to be The Citadel, although Loki is here in the final cut alongside Sophia Di Martino's Sylvie on their final mission together.

This shot in particular came moments before the Gods of Mischief came face-to-face with Jonathan Majors' He Who Remains, who will later turn in out to be Kang the Conqueror. With a reveal this big, Marvel certainly made the right call in only showing Loki here to keep both Sylvie and He Who Remains a mystery until the episode debuted.

While this shot may have brought questions to what was happening upon first viewing, it helped set the stage for the final episode's mind-blowing plot reveals for the God of Mischief.

Loki has consistently dreamed of claiming his self-proclaimed birthright to be King, no matter which realm he rules over. The Loki trailers capitalized on that idea by showing the God of Mischief in a scenario where he has taken that step and become King of Asgard like his father Odin and his brother Thor before him.

Tom Hiddleston donned an outfit similar to his earlier days in the MCU, complete with the gold plating and the long flowing green cape, as he held his arms out for all to behold. Behind him is a version of Asgard's throne in between two flaming torches, implying that this was a reality in which Thor's brother had found his way into ruling over the Realm Eternal.

As the series progressed, many fans began to speculate that this showed a 'King Loki' variant who would be revealed as the true ruler of the TVA in the finale. Alas, the ultimate architect ended up bring He Who Remains and the complete absence of 'King Loki' left certain fans confused about the promo shot.

Throughout the series, the main Loki found his own path with the TVA and never really deviated into other realities too much, even when he met the dozens of Loki Variants in Episode 5.

Additionally, the only scenario in which he found himself in Asgard at all was in the time loop prison where he found himself in front of Jaimie Alexander's Lady Sif after a prank gone wrong. This take on his adopted home would have put him in a much better situation, although it never ended up finding its way into the plot of Loki.

Thanks to The Direct's exclusive interview with Loki composer Natalie Holt, we now know this scene was part of a TVA Time Loop in which Loki suffered a beatdown from Throg in the throne room in Episode 1. She revealed that this scene was cut in order to help keep the gravity of the episode intact with Loki being broken down to his core.

While Throg did show up in an Episode 5 cameo, voiced by Chris Hemsworth no less, fans have spoken about a desire to see what would’ve happened had Throg gotten his fins onto the God of Mischief. We may never know how this played out, but that won’t stop the MCU fandom from expressing how amazing the moment would have been.

"I am Loki of Asgard, and I am burdened with glorious purpose."

Loki's major turn as a villain came in 2012's The Avengers, in which he held nothing back in trying to take over Earth and find a place as the planet's new ruler. This time in his life was revisited in 2019's Avengers: Endgame as well when Tony Stark, Steve Rogers, and Scott Lang snuck into Stark Tower to recover the Tesseract during the Time Heist.

As fans now know, this plan went to hell quickly thanks to a Hulk that wasn't a fan of stairs, leading to 2012 Loki's acquisition of the Space Stone and the start of his journey in Loki.

The trailers for the Disney+ show revisited this movie by showcasing Tom Hiddleston sporting his outfit and hairstyle from The Avengers as he found himself inside Stark Tower once again. Loki stood in front of the fancy mirror in this room and simply looked around the interior before uttering "glorious" with a smug look on his face.

As was the case with the Asgard shot, it's a mystery whether this Loki was the show's central character or another Variant like President Loki from Episode 5. There are no signs to what's in front of him or the context in which the scene is supposed to fit, but it serves as yet another callback to the last point in Loki's story before his solo series.

The concept of time travel serving as a key plot device for the series could have created a fairly easy avenue for Loki and/or the TVA to return to this moment, either in a hypothetical scenario or simply going back to the scene of his most recent crime. Loki could have disguised himself for a mission, or he could have just been reliving his glory days for some other reason.

Regardless, this scene came as one of the most notable scenes fans looked for through each episode, and it was a slight bummer when it was left on the editing room floor. The hope is that director Kate Herron or head writer Michael Waldron will fill in some details on what it was supposed to be, but for now, it will only live on in the alternate realities of fans' minds across the globe.

Where do you think these scenes would have fit into Loki? Were you disappointed that they weren't utilized? Let us know on Twitter at @MCU_Direct, @TheDirect, and @RNebens. 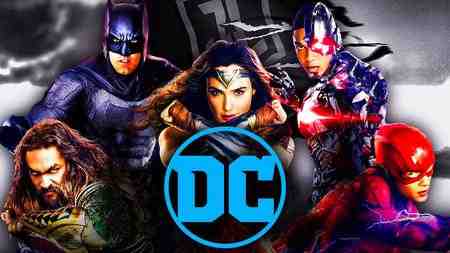 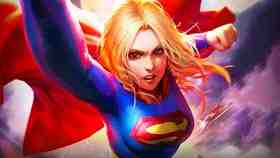