DC FanDome is nearly upon us, and the presence of internet-stopping reveals about the DC franchise proves that. Zack Snyder's Justice League opened up the floodgates of a slew of DC news ever since the film's official announcement this May. Since then, DC has been a major point of discussion among fans.

One of the biggest rumors that emerged during the plethora of reveals was about 2021's Black Adam . Details about the Dwayne Johnson-led sequel have been slim, but the confirmation of Noah Centineo ( To All The Boys I Loved Before ) joining the film as Atom Smasher seems to halt the shortage of news. Production has yet to begin for Black Adam , but Johnson has been praising the film on his social media accounts.

Now, a new tweet from Johnson may have given the film a much-needed boost.

In a tweet , Black Adam actor Dwayne Johnson hyped up the much-anticipated DC FanDome event while also providing fans a short sneak peek of the film:

A blink-and-you'll-miss it sneak peek of Black Adam seemingly shows the titular character standing inside an ancient ruin:

THEY NEEDED A HERO. INSTEAD THEY GOT ME⚡️🖤 Excited for the first-ever global celebration of the DC Multiverse - #DCFanDome! This one’s just for you - THE FANS AROUND THE WORLD! Stay healthy, my friends, and I’ll see you all on August 22nd! 🥃 -The Man In Black#BlackAdam pic.twitter.com/m3S4tySYT8 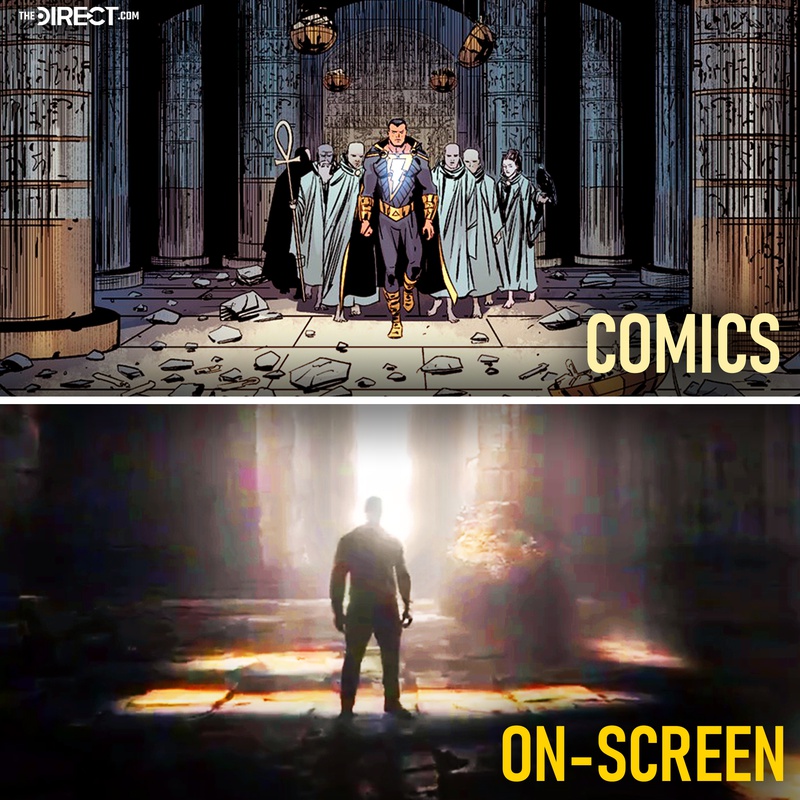 Black Adam had been stuck in development hell for quite some time, but this short sneak peek should give fans hope about the project. Johnson's passion for both the character and the film has been front and center in recent years, and it's fitting that the actor was the one who gets to show fans a proper sneak peek of the 2021 flick.

The image above shows a seemingly powerless Teth-Adam (Black Adam's real name) while standing inside an ancient Egyptian ruin. On the surface, this could potentially set up the first meeting between Adam and the original Shazam, and this encounter could very well explain the history between the two characters.

Due to Johnson's likeability, it's hard to envision the actor as a villain, but the DC lore surrounding Black Adam suggests that he might end up playing one. However, the character has often been featured in various redemption arcs from the comics, and there's a good chance that Johnson's iteration of the character could be presented with a similar arc.

However it shakes out, the anticipation is high for Johnson's Black Adam, and, hopefully, more concrete details about the film will officially be revealed during the upcoming DC FanDome.