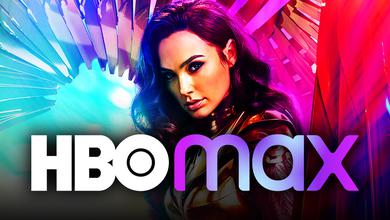 Throughout all of 2020, the entire movie industry has been in a major state of flux due to numerous delays and closings of movie theaters worldwide. This has led to questions about some upcoming major releases and whether or not they will stick to theaters or end up settling for debuts on widely popular streaming services.

One of those major movies just had some of those questions answered, making it the first DCEU film to move exclusively to a streaming debut...

Warner Bros. has just confirmed, via a new Wonder Woman 1984 trailer, that the film will be released concurrently in theaters and on HBO Max on December 25, 2020. HBO Max subscribers won't have to pay any extra to stream the film starting on Christmas Day.

Update: The trailer has since been made private on YouTube.

Update 2: The Hollywood Reporter has reported on the December 25 hybrid release for the Wonder Woman sequel. The outlet is reporting that the film will be released internationally in theaters on December 16.

This is a monumental decision for Warner Bros. and DC Films to have this highly anticipated sequel be released on HBO Max at the same time as in theaters, especially considering it’s set to be one of the DCEU’s most prominent releases in the near future. It’s still a mystery thinking about how well the film could do when released in theaters during a pandemic, but thankfully it’s now official that this new entry will be available to fans everywhere in just under a month and a half.

Now the questions come as to whether other studios will follow Warner Bros’ lead, even as the world tries to keep fighting the pandemic. Marvel Studios has already delayed their entire Phase 4 slate in theaters until May 2021, even though it has multiple releases set for Disney+ before then, and fans will be keeping a close eye on news from other major studios in the coming weeks as well.

Wonder Woman 1984 will now be officially releasing in theaters and on HBO Max on December 25, 2020, making it one of the only major superhero movie releases all year alongside Birds of Prey.