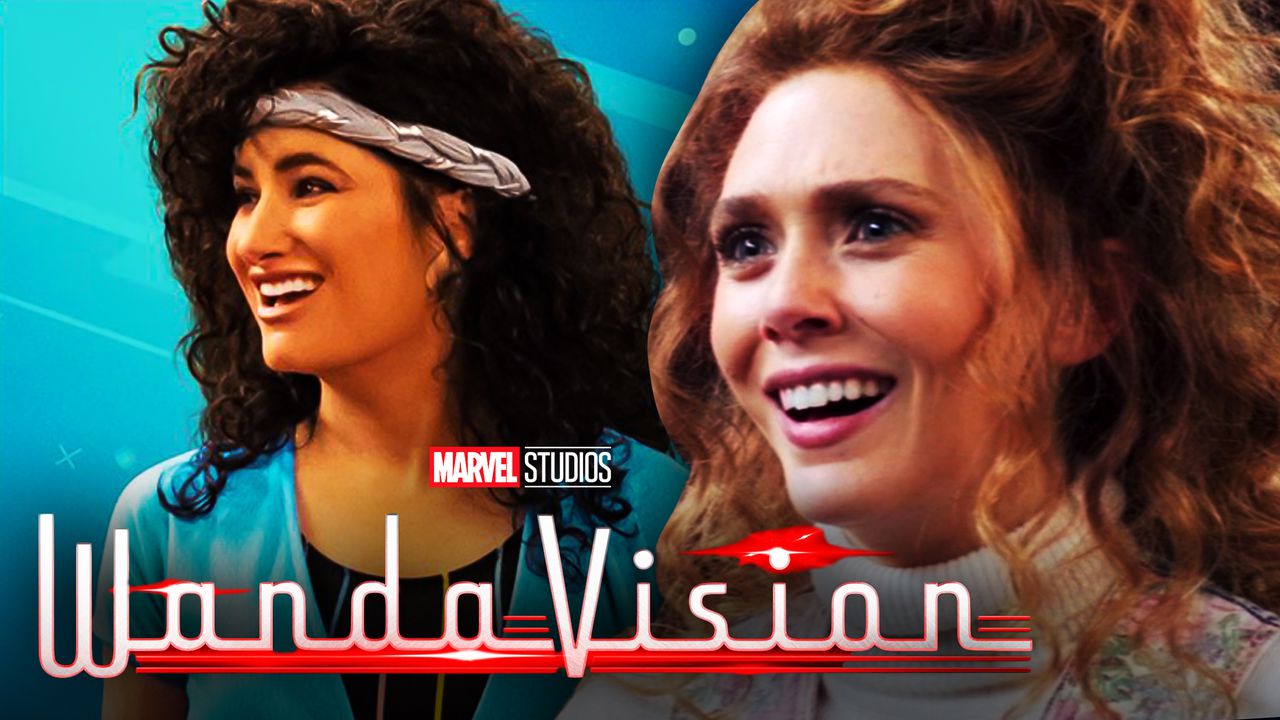 The MCU's first Disney+ show WandaVision is over halfway through its first season, and it has been full of intrigue, speculation, and cameos. Marvel Studios has continued to release posters as the season has progressed, recently showing off a brand-new look at S.W.O.R.D.

After the curtain of Wanda's vision was pulled back during Episode 4, "We Interrupt This Program," a new look at the cast was displayed in a poster.

As this sitcom-themed show has progressed through the 1950s, '60s, '70s, and now '80s, a new poster has been released flourishing WandaVision's latest episode.

WANDAVISION TAKES ON THE '80S

Marvel Entertainment released a new '80s-style WandaVision poster starring Kathryn Hahn's Agnes. In the poster, we see Agnes in her '80s themed workout clothes, as well as Paul Bettany in his human form as Vision alongside Elizabeth Olsen's Wanda Maximoff.

The poster is showing off "One Totally Tubular Signal" and inviting viewers to "Find your happy vibe with a rad new TV at a dealer today."

A BLAST FROM THE MCU PAST

This latest WandaVision poster did less to set up the future and more to shine a light on the extra effort Marvel is putting in to making the sitcom elements of the show feel genuine. Unlike the aforementioned cast-filled poster that gave fans a sinister tease, this poster is light-hearted and feels like one that Wanda would imagine up in her Westview fantasy land.

The continued release of different styles of posters is exciting to see from Disney and Marvel Studios. For typical MCU films, there are typically only a few variants, but for WandaVision, Marvel Studios has been able to show off different aspects of the show through posters. While this one may not generate the type of buzz that the full cast poster did, it furthers their devotion to each era of a sitcom.

With a Halloween-themed episode taking place in the '90s approaching, maybe Marvel will treat fans with a poster feature Wanda and Vision's comic book accurate costumes.

The sixth episode of WandaVision is set to release Friday, February 12.