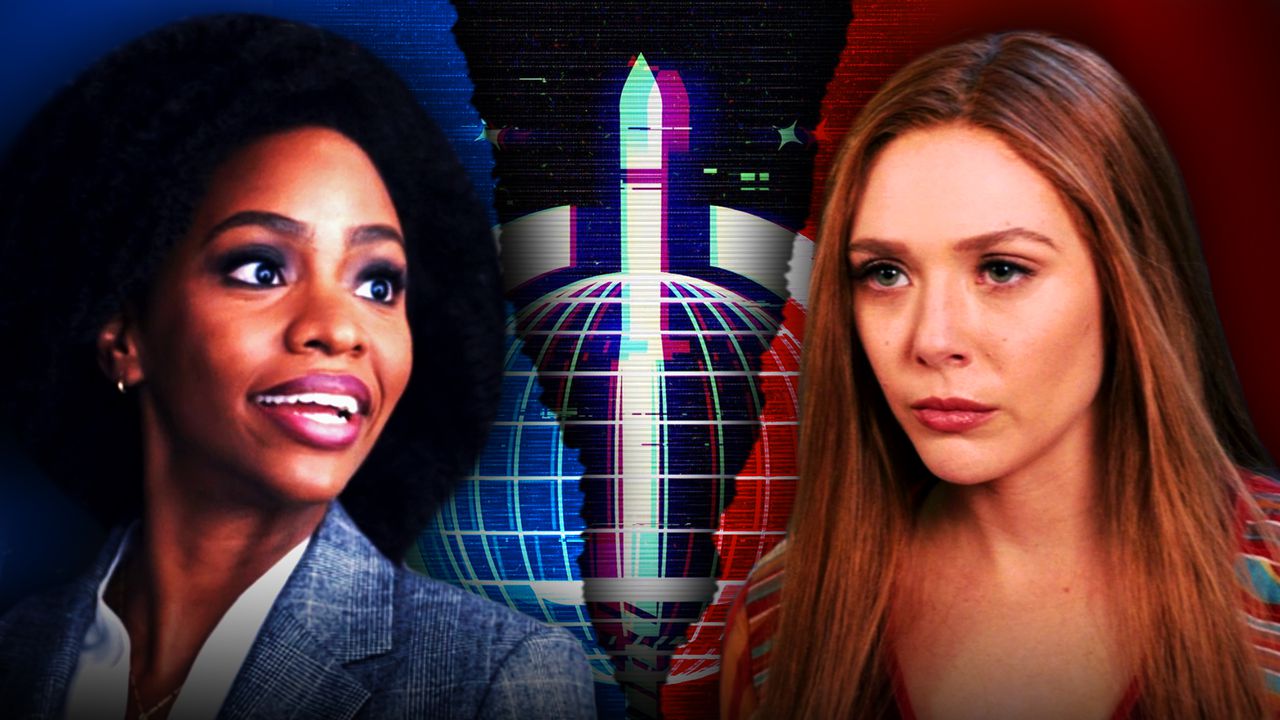 Marvel Studios' hit Disney+ series WandaVision follows Wanda Maximoff and The Vision as they live in an idyllic,  and perhaps sinister, sitcom world. However, those two characters aren't the only focus of the show.

WandaVision's fourth episode, "We Interrupt This Program" fully introduced the audience to the intelligence agency, the Sentient Weapon Observation and Response Division, otherwise known as S.W.O.R.D.. Founded by Maria Rambeau, introduced in 2019's Captain Marvel as a close friend of Carol Danvers, S.W.O.R.D. seems to be an in-universe replacement for S.H.I.E.LD., despite the fact that the two organizations existed concurrently for a great deal of time.

In the MCU, Maria's daughter Monica is a S.W.O.R.D. captain tasked with investigating the strange goings-on in Westview, New Jersey. Fans of the show will know that she gets a bit more than the bargained for on this mission.

A FRESH LOOK AT THE LOGO

Through the Instagram Stories of the official WandaVision account, a brand new look at the S.W.O.R.D. logo has been revealed on an official promotional poster for the series. Check it out below:

The logo seems to have a distortion effect applied to it, likely to mimic the old, CRT-type televisions that have been prominent in both WandaVision's marketing and plot.

S.W.O.R.D. very likely has a huge role to play in te MCU going forward. One of the big questions is whether former S.H.I.E.L.D. director Nick Fury has any involvement with the agency. It would certainly seem that way, given that S.W.O.R.D. probably has a role to play in the upcoming MCU series Secret Invasion, in which Fury is a lead character.

Could Fury eventually step up as S.W.O.R.D.'s new director? No matter how that question is answered, there definitely seems to be something fishy with the organization's current director, Tyler Hayward.

Expect to learn more about S.W.O.R.D. in Marvel Studios' WandaVision with new episodes every Friday.