Thor: Love and Thunder is set to feature the MCU comeback of Chris Hemsworth's founding Avenger alongside some new and old friends. The sequel is helmed by Thor: Ragnarok director Taika Waititi, and it will showcase the return of franchise mainstays like Natalie Portman, Tessa Thompson, and Jaimie Alexander. Additionally, the Guardians of the Galaxy led by Chris Pratt's Star-Lord will also lend their assistance in the film, but not much is known about their roles.

The exact plot details of Love and Thunder are still shrouded in secrecy, but Marvel Studios has confirmed that the heroes will go up against Christian Bale's Gorr the God Butcher. The film will also unveil the heroic transformation of Portman's Jane Foster into the Mighty Thor, and it is also expected to explore New Asgard under Valkyrie's leadership.

The movie's production officially wrapped last June 2021, but reshoots started in October. Given that the sequel is confirmed to premiere in July 2022, it's safe to assume that marketing could start soon.

Now, a new promo poster for Love and Thunder has leaked online.

Update: The Direct has verified with merchandise supplier Pyramid International that this Thor: Love and Thunder poster is an officially licensed product from Marvel. According to Pyramid, the poster was mistakenly distributed to a retailer too early and will be available for purchase in 2022.

Previously, director Taika Waititi remarked on Twitter that "This is so bad that I kinda wish it was an official poster. It's definitely what I would have done if I was in charge of posters."

Special thanks to Jacob's Toys on YouTube and other social media platforms for helping to verify this poster's authenticity.

The image gives a preview of Thor's new costume, Korg's appearance in the sequel, and Jane's debut as the Mighty Thor. 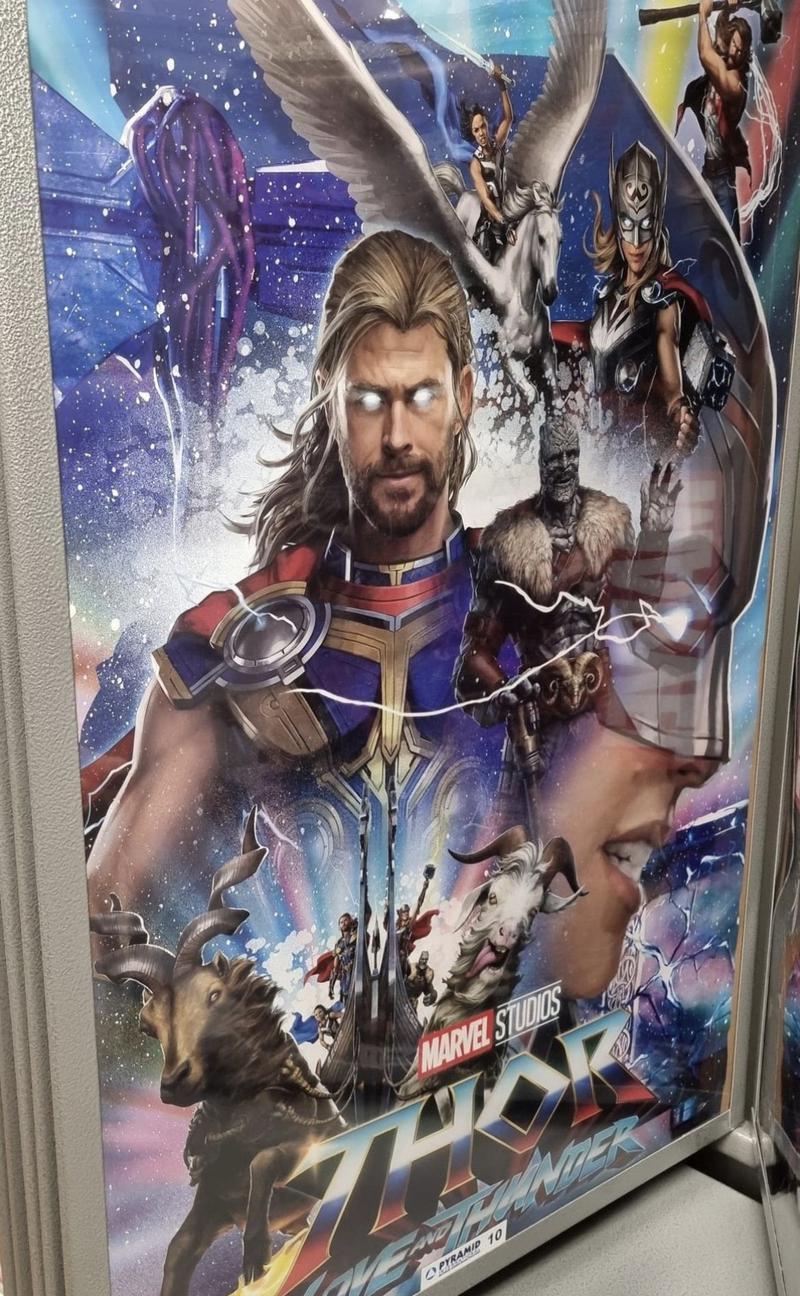 It also offers the first official look at Toothgrinder and Toothgnasher, the mystical goats of Thor: 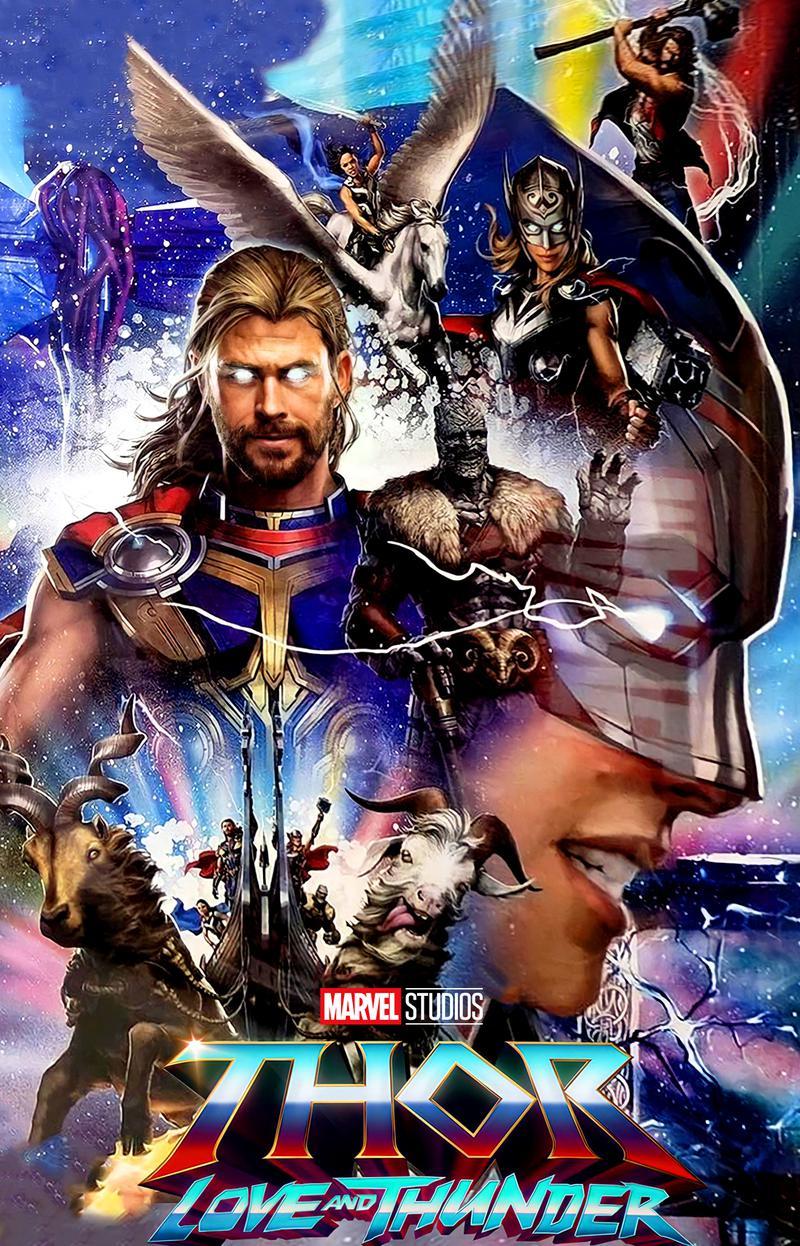 Many would agree that this newly-leaked poster provides an exciting preview of what's to come in Thor: Love and Thunder.

Based on what's been revealed, it looks like Love and Thunder's main characters will be Thor, Valkyrie, Jane Foster's Mighty Thor, and surprisingly, Taika Waititi's Korg. After serving as a supporting character in Ragnarok and Avengers: Endgame, the Kronan warrior's promotion to the film's lead star could suggest that he will have a deeper character arc in the movie.

By looking closely, Foster is holding a reforged Mjolnir. This new detail appears to be in line with the previously-released art of Thor's hammer for the film. It was pointed out back then that Foster's Mjolnir would be the same one that was destroyed by Hela from Ragnarok, and the continued appearance of this consistent detail likely cemented this plot point.

Thor also wears two different costumes in the poster, suggesting that he will don a new suit at some point in the narrative. It's possible that the hero has a specific outfit for space while he has a main costume on Earth.

The poster also indicates that part of Love and Thunder will be set in space, considering the fact that the four main heroes are riding a chariot alongside the mystical goats. This establishes the idea that the sequel will be a cosmic adventure full of humor and action that could surpass Ragnarok's comedic antics.

Thor: Love and Thunder is set to premiere in theaters on July 8, 2022.