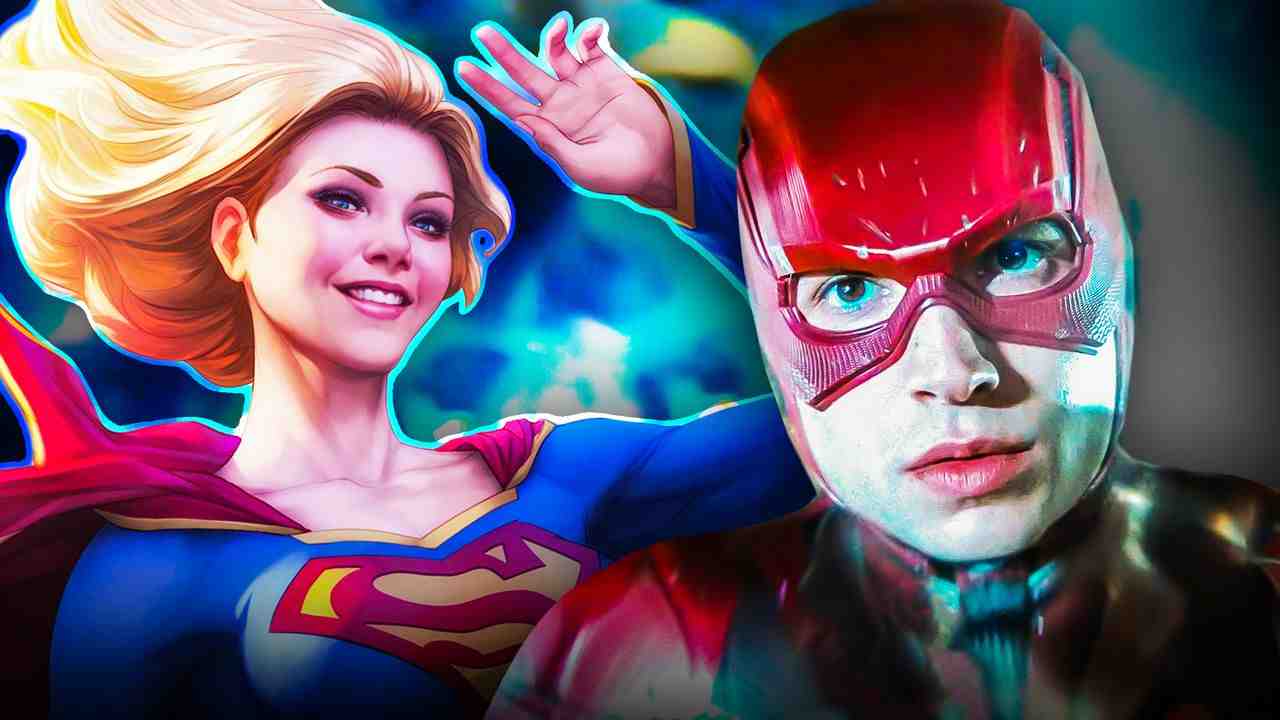 After years of production troubles, The Flash is finally making some headway after recently starting filming in London .

Director Andy Muschietti has offered a few nuggets of information about the film's production, such as the return of Michael Keaton's classic Batsuit and a special chair for at least one of the actors portraying Bruce Wayne . Barry Allen's costume also got some spotlight, which sports a brand new design for the logo .

Muschietti did not stop there, as he also teased Sasha Calle's Supergirl suit that heavily draws from Henry Cavill's now-iconic look . The actress also recently cut her hair for the role , signaling a deviation from how fans may typically know Kara Zor-El from the comics.

A recent set photo revealed that The Flash is very much tied to the other DCEU entries, with a Wonder Woman banner being plastered on a Central City bus.

Now, a new set video has revealed how Calle looks costumed up in red and blue...

In a set video shared by Twitter user @AuroraA1990 , Sasha Calle was spotted performing stunts in her full Supergirl costume for 2022's The Flash .

📽 more videos of @SashaCalle as supergirl on set for #theflashmovie pic.twitter.com/acoKvlhHeV

The actress can be seen wearing the suit previously teased by director Andy Muschietti, as she descends from the air:

Supergirl's costume seems to depart from her classic comic look for a more full-body suit, as can be seen in the below image shared by Twitter user @DCverso1 :

A NEW LOOK FOR SUPERGIRL

Sasha Calle's casting as Supergirl was a surprising yet welcome deviation from how the character is typically portrayed in media, and the changes have not stopped at her costume.

The suit seems to be slightly inspired by Lara Kent's costume from the Injustice: Gods Among Us comics, which features red accents on the upper torso above the symbol and more of a full-body suit. The set video reveals that the red goes down to the upper arms too, making for a striking appearance for this version of Supergirl.

Notably missing is Supergirl's trademark cape, a suit element that she shares with her Kryptonian cousin. While it is absent here, it is likely that Kara Zor-El's cloak will be added in post-production with CGI to prevent any unwanted mishaps while filming in the air.

What Supergirl is doing in Central City is unknown, but it will be exciting to see how she interacts with the Scarlet Speedster upon her arrival.

The Flash races into theaters on November 4, 2022.