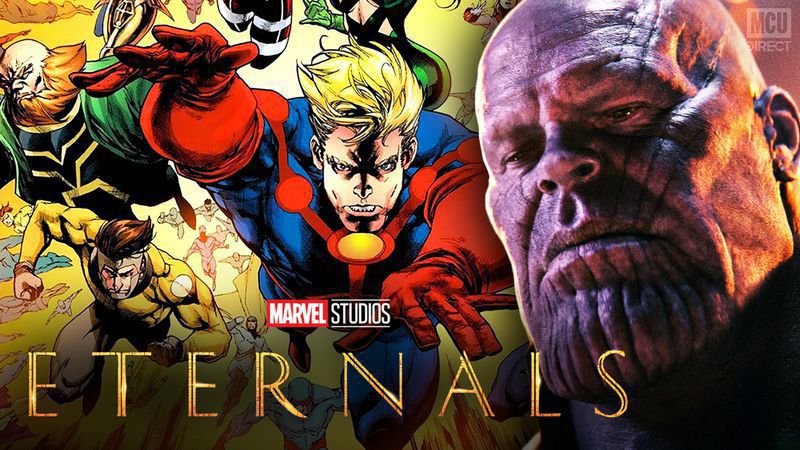 Marvel Studios' Avengers: Endgame was a pivotal milestone for the superhero franchise, providing farewells to not only a few of their most iconic heroes, but also for one of Marvel's most popular villains. Thanos, the villain who had been looming as an eventual threat since 2012's The Avengers, finally met his demise in the crossover film at the hands of Iron Man. Since then, fans have been speculating if and when the Mad Titan might make another appearance in the Marvel Cinematic Universe, and now a recent interview with Thanos' co-creator reveals that he belives Thanos will make his return very soon.

In an interview with Comicbook.com, Thanos co-creator Jim Starlin tells the website that he believes the villain's on-screen story is not over yet. Starlin states:

"Well I understand that the story's not completely ended. They've already announced that. I think a young Thanos appears in The Eternals. I remember reading that somewhere."

The comic book writer later expanded on his point by saying:

"They made a shit load of money off this guy. So I don't see them retiring him anytime soon. Comic book characters tend to have an extended lifespan beyond the actors who work on them. I'm half expecting to see much more Thanos down the line."

Marvel fans have long been speculating that The Eternals may be the film where Thanos returns, if even just for a cameo as a younger version of himself. Kevin Feige has confirmed that the film will see a time span of seven thousand years, and he also hinted at a connection between the team and Thanos, stating that "Thanos in the comics was an Eternal on Titan, there may be connections but really this about new ten characters that are played by an incredible group of actors that we’re focusing on." These comments may be what Jim Starlin was referring to when stating that he's read the news of Thanos' appearance, but the co-creator's insider insight might add more credence to all the hints and speculation.

Thanos making an appearance in The Eternals makes the most sense, given his strong connections to the team. Whether Thanos' supposed appearance is a flashback or a revival of the character will remain to be seen. Starlin stated in his comments that comic book characters can outlive the lifespan of an actor's time with the role, so he may be hinting at a recasted version of the iconic character, a Thanos that is either much younger or much older than Josh Brolin's portrayal of the character. Unused pieces of concept art from Avengers: Endgame did show Thanos at a much younger age when the film had planned on exploring the character's backstory, so the deleted concept may make its way over to The Eternals. With the film receiving an updated release date of February 12, 2021, fans will just have to wait a bit longer until seeing if the Avengers villain will indeed make a reappearance. 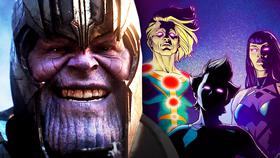