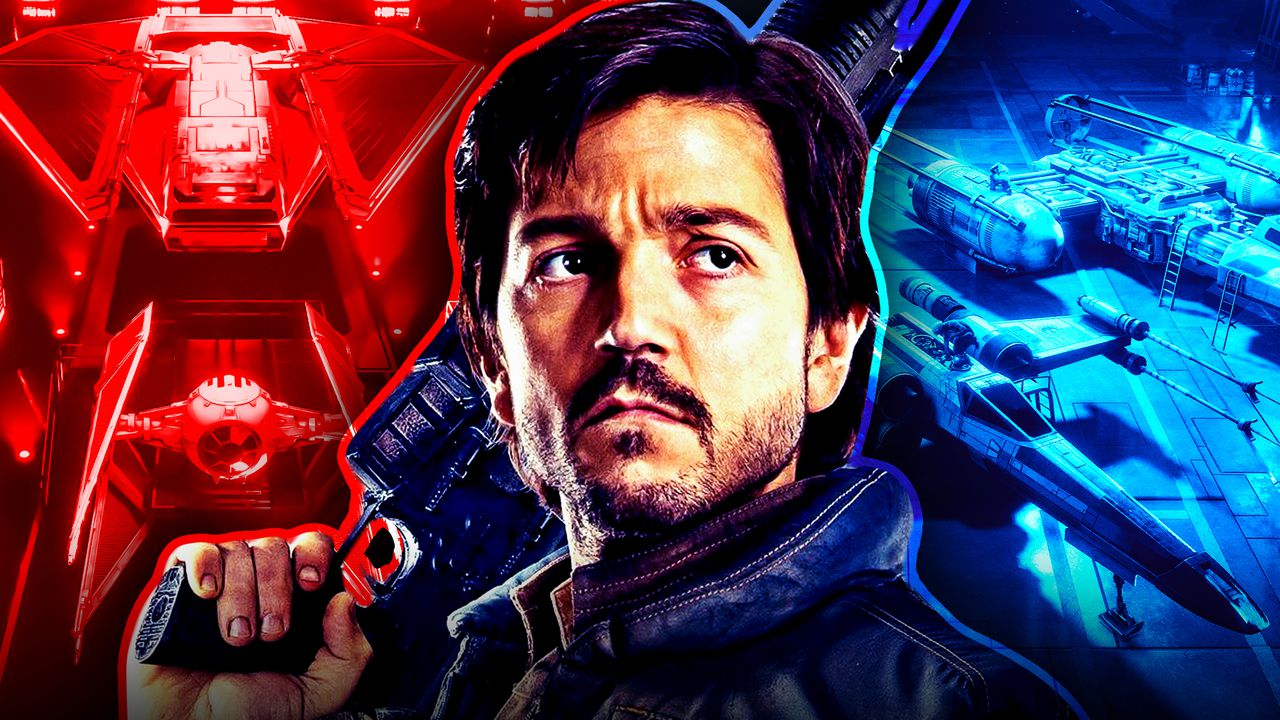 Star Wars is currently in the age of expansion on the small screen with several shows set to debut on Disney+ that will dive into the Skywalker Saga. One of the projects that will grace the streaming platform is Andor.

The series will feature the return of Rogue One's Cassian Andor played by Diego Luna, and it's been confirmed to be set five years prior to the events of the Star Wars film. Joining Luna is a stacked ensemble of stars such as Stellan Skarsgard, Adria Arjona, and returning prequel star Genevieve O'Reilly.

Andor will be executive produced by Tony Gilroy, and it will be helmed by a slew of directors, namely Ben Caron, Susanna White, and Toby Haynes. Production is currently ongoing in the United Kingdom, and various set photos have already surfaced online.

Now, another batch of photos from filming may shed some light on how massive the scale of Andor will be.

A FRESH LOOK AT ANDOR'S PRODUCTION

Star Wars Sessions posted a new batch of set photos from the production of Andor in Coryton Refinery, giving fans a sneak peek at a secret location alongside several spaceships that will be used in the Disney+ series.

The outlet shared that several major figures of Andor were present on-location including Diego Luna and executive producer Tony Gilroy. It was also unveiled that “multiple locations across and within the refinery” have been utilized:

Another image shows a different side of the set that is being built for Andor. Star Wars Sessions also revealed that no story details were given, and the shoot has been ongoing for several weeks:

A good chunk of green screen was also spotted at the site alongside the presence of location facility vehicle providers Movie Makers:

Here's some photos! More on the website ☝️ pic.twitter.com/hIH0kgLmIu

On a separate report, Bespin Bulletin also shared overhead shots of the Andor set at the Coryton Refinery, giving a detailed look at the spaceships that will be featured.

Plot details of Andor are still being kept under wraps, but different batches of set photos have given fans a sneak peek of what the show will look like. In the past months, various images provided a glimpse of a wide array of Star Wars locations, ranging from a familiar Imperial base from Rogue One all the way to a massive intergalactic town.

The practical effects of Andor are clearly apparent throughout the images, and it has the potential to stand out from other shows like The Mandalorian that mainly uses The Volume for filming.

These new photos could potentially serve as the first look at one of the show's Rebel bases. On a plot level, the inclusion of several spaceships in the location could hint at the early support of political figures such as Bail Organa to the famous rebellion.

Andor is poised to take the Rebel Alliance into the spotlight, meaning that the first season will offer a deep dive into the guerilla organization.

By doing this, fans will gain more insight into how the Rebels thrived at the start of their mission before eventually struggling down the line near A New Hope.

Andor is set to premiere sometime in 2022 on Disney+.