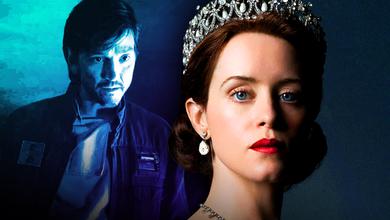 The future of Star Wars is on Disney+.

This past December, Lucasfilm President Kathleen Kennedy announced an entire slate of new Star Wars projects that got fans jazzed for the future of the franchise. Aside from the new, Kennedy reassured the progress on already confirmed shows, such as Obi-Wan Kenobi and Andor.

That second one is catching many eyeballs, as Diego Luna's intelligence officer was a fan-favorite from 2016's Rogue One: A Star Wars Story. With production on that solo series ramping up, details about directing have begun to surface.

Directors Ben Caron and Susanna White are heading to a galaxy far, far away.

As reported by Discussing Film, the two directors are set to helm episodes of the upcoming Andor series. They will be joining Toby Haynes (Black Mirror, Utopia), who is already scheduled to sit in the director's chair for some episodes.

Caron has previously worked on Netflix's The Crown and Sherlock, while White is known for Nanny McPhee Returns and Masters of Sex.

Star Wars seems to be following the Marvel formula of snatching up hidden gems, and it's working.

While The Mandalorian boasted significantly proven talent behind the camera, from Jon Favreau and Taika Waititi to Peyton Reed and Robert Rodriguez, they also took some risks. Dave Filoni made his live-action directorial debut during the show's sophomore season, and Bryce Dallas Howard dove head-first into behind-the-camera responsibilities despite only have a few directing credits beforehand.

Similar to how Marvel scoops up relatively unknown talent early, including talent like the Russo Brothers and Matt Shakman, Star Wars seems to be taking high-value directing prospects early. Caron and White's television/Netflix credits are impressive, and giving them the reigns on a couple Andor episodes feels appropriate.

While the Marvel shows seem to utilize one consistent director through a series' run, as evident by Shakman helming every episode of WandaVision thus far, Star Wars seems keen on assembling teams of directors for each show. The Mandalorian has Favreau captaining the squad of Reed, Waititi, BDH, and others, while Andor has Tony Gilory, the co-writer of Rogue One, captaining Haynes, Caron, and White.

If that little award-winning bounty hunter show has taught us anything, it's that they're doing something right. Until the shows prove otherwise, put full faith in the new Lucasfilm formula to keep on delivering gold.

Andor is currently filming in London, and is set for 12 episodes on Disney+ sometime in mid-2022.