Spider-Man 3 is rumored to return to filming sometime this fall, with Tom Holland himself seeming to back this up by stating that production would begin following the completion of Uncharted. Should this be the case, the third Spidey film should be able to meet its revised release date of December 17, 2021.

Marvel Studios and Sony have been relatively tight-lipped regarding character and plot details, although is is known that Tom Holland and Zendaya will return as Peter Parker and MJ, respectively. One of Peter's classmates Flash Thompson will also be making a return to Spider-Man 3, once again being portrayed by Tony Revolori. It is known that J.K. Simmons will make an appearance in some capacity, having already filmed an additional scene with plans for another down the line.

Who the next villain will be has been much debated, although Kraven the Hunter has been the popular choice among speculation and rumors. A new rumor may add some credence to the prospects of seeing Kraven in the upcoming film, with a type of actor being sought after by Marvel Studios...

According to Murphy's Multiverse, Marvel Studios is rumored to be looking for a "Joel Kinnaman-type" to play an unspecified role in Spider-Man 3. Whilst the rumor does not explicitly mention which character this casting call is for, Charles Murphy speculates that this is most likely for the role of Kraven.

As Murphy states, this is similar to a previous rumor that Marvel Studios was looking for an "Alison Brie-type" for the role of She-Hulk, so this does not necessarily mean that Joel Kinnaman himself is being eyed. 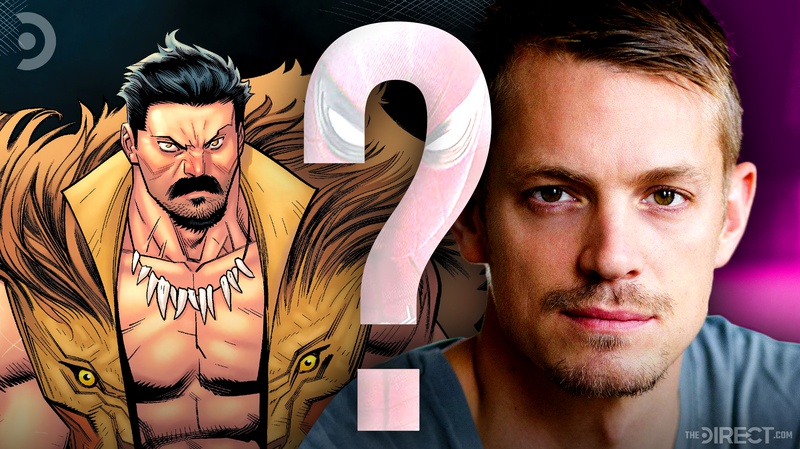 Charles Murphy speculates that this search for a "Joel Kinnaman-type" likely points to the role being for Kraven the Hunter. Of all of the villains in Spider-Man's rogues gallery, Kraven does seem to fit the best in terms of being a muscular, Caucasian actor as Joel Kinnaman is.

As Murphy mentions, wanting an actor of this caliber demonstrates that Marvel is looking for someone who can almost co-lead a film, similar to what has been done with Michael Keaton's Vulture and Jake Gyllenhaal's Mysterio. With these two actors being tour-de-forces in their acting ability as well as big names that will generate excitement, it is clear that Marvel is trying to replicate this for the third film.

Joel Kinnaman has led several films and series previously, having appeared as Rick Flag in Suicide Squad, RoboCop in the RoboCop reboot and in the lead role of Altered Carbon. Getting an actor that has similar ability to this is essential to being able to develop Kraven to the same level as previous MCU Spidey villains have.

It remains to be seen whether Kraven the Hunter will truly be the upcoming main villain, when Spider-Man 3 hits theaters on December 17, 2021.