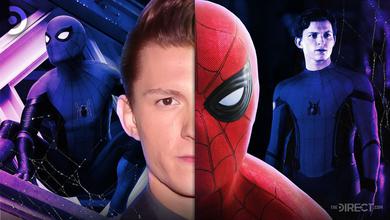 The entire entertainment industry and its many upcoming projects have been affected by the pandemic with Spider-Man 3 and its production being one of them. When this delay had happened, Tom Holland was unaware when production for it and Uncharted would start again. In an interview with Jimmy Kimmel, all he could say was that  "I'm not clear" on which movie would begin production first or when.

Then, like the rest of the MCU slate, the release date for Spider-Man 3 was pushed back from its initial July 16, 2021 release to November 5, 2021, which led to the possibility of production resuming in the fall.

However, in an interview with his father for his Patreon, Tom Holland seems to confirm the shooting date for Spider-Man 3.

One Reddit user on /r/MarvelStudiosSpoilers by the name of /u/_lliisa_ uploaded a snippet of an interview from Not the Dominic Holland Show. The snippet shows Tom Holland discussing the current shooting plan for Uncharted and Spider-Man 3 with his father, Dominic, and his brother, Harry. Tom says:

"Finish Uncharted; finish Spider-Man in February of next year. Two press tours. Which should take maybe, together, six weeks worth of work."

This points to the previous rumor of production for Spider-Man 3 resuming late-September or early-October being correct.

While it is encouraging to hear that the plan is for Tom Holland to move onto filming Spider-Man 3 once he's finished with Uncharted, it might not stay that way. According to earlier reports, Spider-Man 3 was planning to shoot in Atlanta, New York, Los Angeles, and Iceland.

Three out of the four locations are in the U.S., which is currently beginning to shutdown once again unlike most other countries around the world. Unlike Uncharted, which is shooting, largely, outside the United States.

As for Holland's wording in this familial interview, it's unsure if they are including the press tours when talking about when Uncharted and Spider-Man 3 will "finish." Not to mention the post-production that would be needed for the movie to make the November 5, 2021 release date.

If not, that would indicate that Holland would be shooting Spider-Man 3 for at least 4-5 months, unless the initially reported shooting date of Fall is incorrect and they plan on shooting later. Regardless, considering the pandemic only getting worse in the United States, Sony will have to be extra cautious when shooting there - if they end up shooting there at all.