The comic book movie genre is about to see some major expansion from both Marvel and DC. Warner Bros. is in the final stages of prep for Robert Pattinson's The Batman in theaters, while Marvel Studios is almost ready to release Oscar Isaac’s Moon Knight on Disney+. Fans are even enjoying a new look at the latter thanks to the Moon Knight spot that premiered at Super Bowl LVI.

Over the years, fans have noticed a number of distinct similarities between the two crimefighters, which hasn't turned out so well for Moon Knight in the public eye.

Bruce Wayne and Marc Spector are both known to be quite wealthy superheroes with killer costumes and a hoard of gadgets that help both of them in their missions - that much is true for each of them. However, with Moon Knight adding its own legacy to the MCU as the franchise's 33rd unique project, Marvel is looking to make sure his individuality shines on Disney+.

With Moon Knight's debut coming only three and a half weeks after The Batman, the comparisons are inevitably going to pick up since they'll be playing at the same time. However, according to the head writer on Moon Knight, Marvel has something much cooler than just its own version of the Caped Crusader.

How Batman Compares to Moon Knight

Speaking with Empire Magazine, via IGN, Moon Knight head writer/executive producer Jeremy Slater looked at the comparisons between Moon Knight and DC's Batman ahead of the series' debut.

Slater made it clear that he was never interested in making the two heroes similar, especially since Batman has "an 80-year head start" on the Marvel newcomer. While some Moon Knight comics have featured him using "moon-shaped boomerangs" and traveling in a moon-shaped vehicle, Slate doesn't see that take on the hero as the "coolest possible version" to use:

“It was never a comparison I was interested in making. Batman has an 80-year head start on us: you’re not going to beat Batman at his own game. We’ve seen that side of Moon Knight [in some comics] as a playboy philanthropist, throwing moon-shaped boomerangs, flying around in a moon-shaped plane, but I don’t think that’s the coolest possible version of the character.”

Of course, on a base level, every superhero project wants to make sure it tells as unique of a story as possible, regardless of what studio it comes from. If Marvel simply decided to take what DC did with Batman and try to use that kind of material directly in the MCU, it wouldn't be something that anybody is interested in watching.

Looking at this dynamic between Moon Knight and Batman, Slater sees an opportunity to do something incredibly cool for this new Disney+ series that stands on its own from Batman. Particularly considering that Batman first came to life in 1939 and has had countless stories told on-screen in live-action and animation, Moon Knight would be doing a disservice to itself by trying to copy what DC did.

Moon Knight also has the advantage of bringing a character in Marc Spector that's vastly different from Bruce Wayne. After all, Bruce doesn't have the challenges of dissociative identity disorder or a backstory that includes ancient Egyptian gods and mythology, even though he and Marc both have similar resources to advance as heroes.

Slater is doing what he can here to take the right approach for Marvel Studios with a hero that didn't even appear in Marvel Comics until 1975, nearly four decades after Batman.

Understanding that Batman is in a league of his own, Marvel now has the opportunity to stand on its own ground and bring a hero that has plenty of amazing defining factors in his first-ever live-action adaptation. Of course, that Super Bowl spot showed that the series will certainly include some moon-related imagery, but the MCU will develop his story beyond that theme alone. 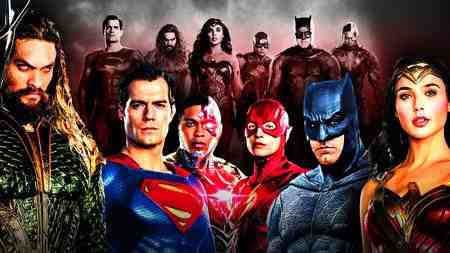 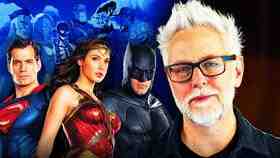