Zack Snyder sent shock waves last May when he officially announced that his version of Justice League will finally be released on HBO Max next year . After the internet-stopping reveal, the visionary director has taken to social media (and some exclusive interviews ) to further hype up the much-anticipated release.

Although a slew of teases have already been revealed throughout the film's grassroots campaign, Snyder promised that there will be more surprises in store when his cut of Justice League premieres next year. The first footage from the Snyder Cut arrived last June which heavily teased the appearance of a fan-favorite DC villain in the form of Darkseid. Not only that, Snyder personally unveiled a short clip featuring Henry Cavill's Superman wearing the iconic Black Suit from the comics.

The two short teasers led to chatter and speculation among fans, and it seems that the discussion revolving the Snyder Cut will still continue since a trailer has been confirmed to arrive during DC FanDome. Now, Snyder seems to be teasing fans once again in an intriguing tweet.

In a tweet , Zack Snyder shared the behind-the-scenes progress of the highly awaited Snyder Cut trailer. Snyder revealed that he is currently working with Steffan Sonnenfeld from Company 3 , seemingly hinting that the duo is providing the finishing touches for the trailer:

Working with Stefan down at CO3 getting ready for DC FanDome. pic.twitter.com/smZ9q6hOzg

If fans look closely, a short glimpse of the trailer may shed some light on what will be revealed. The sneak peek shows the scene which featured The Flash, Aquaman, Wonder Woman, and Cyborg going against a newly resurrected Superman: 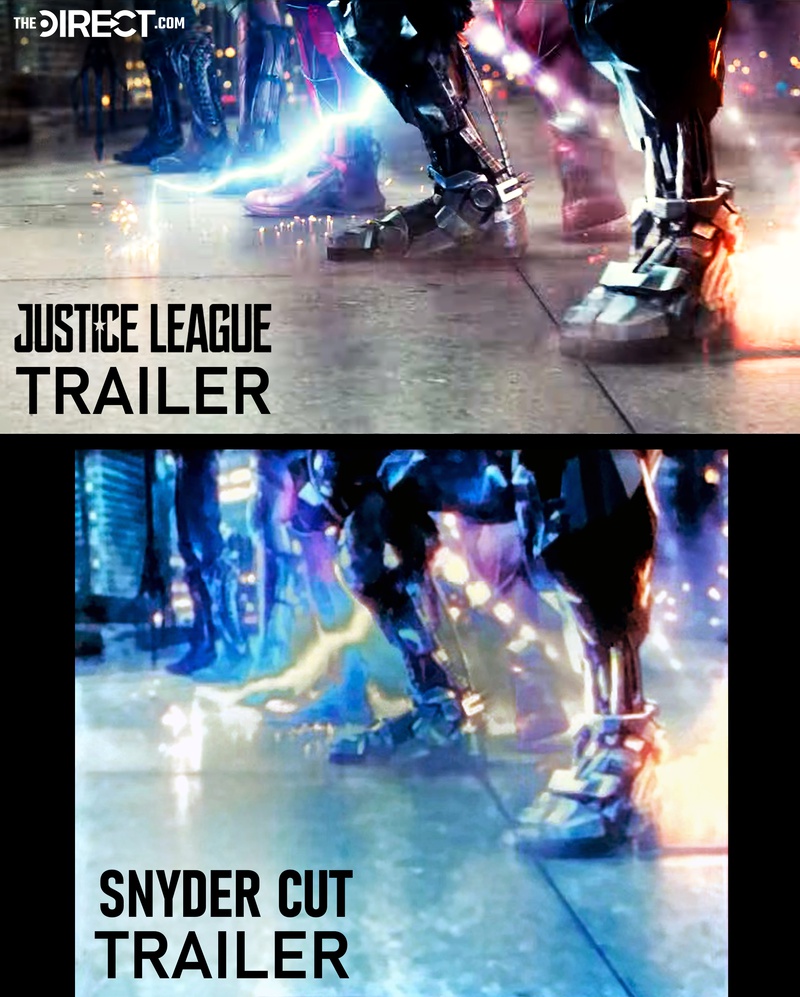 DC FanDome is shaping up to be Snyder's playground when it comes to the major reveals of his version of Justice League . Aside from the trailer, it has already been confirmed that the official title and format of the Snyder Cut will be unveiled during the online convention. Given that, there's a good chance that all of this information will be included in the official trailer.

Snyder's passion for his cut of Justice League has been well-documented during the past few years, and this update is more proof that the director is closely working with the crew behind-the-scenes in order to deliver a captivating trailer. For those unaware, Sonnenfeld was the digital intermediate colorist for Justice League , which means that he is responsible for the color adjustments of the film. With that in mind, there's a good chance that Sonnenfeld is doing some more tweaks to Snyder's footage in order to capture the look and feel of the visionary director's take on the film.

Based on the image above, it seems that some story beats from the theatrical cut of the film will still be featured, but it's likely that Snyder's own take for Superman's resurrection will be featured in its entirety. During Justice Con, Snyder already confirmed that his cut will not feature any footage from Joss Whedon's theatrical cut, and he also pointed out that the color palette of the film will be entirely different .

All things considered, a full blown trailer has the potential to show fans a grand preview of the huge difference of Snyder's version that has been the subject of teases in recent months.