As Comic-Con season continues in full swing, DC fans are eagerly awaiting any news on Zack Snyder's highly anticipated Justice League Snyder Cut. The director is no doubt looking to make some big changes in his version of the film, and while a deleted Justice League scene shown on the film's DVD bonus features already included a brief appearance from Superman's iconic black and silver suit, Zack Snyder has now released a new clip from his upcoming cut of the film that features a look at a black-suited Superman in action.

While speaking at his virtual Justice Con panel , Justice League director Zack Snyder revealed a brief clip from his cut of the film. 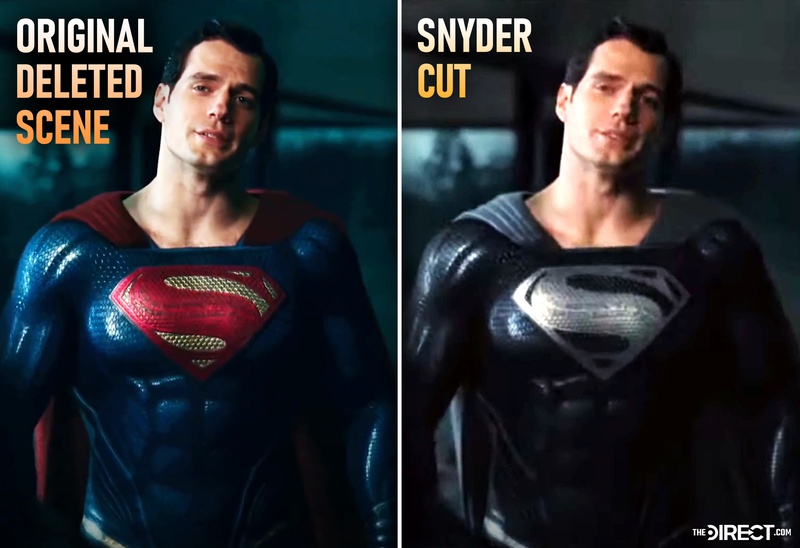 The clip is from a deleted scene that was included on the film's home media release, which shows Superman speaking with Alfred before he rejoins the rest of the Justice League, but this time Superman is sporting his black and silver version of the iconic costume.

This clip marks the second piece of footage that Zack Snyder has revealed from his cut of the film, which is currently being developed for HBO Max. The first clip included a brief glimpse at Darkseid , and now with this new look at a black-suited Superman, it's clear that Zack Snyder is truly bringing every aspect of his initial vision to life.

Superman's black suit, which first appeared in 1993 after the wildly popular "Death of Superman" comic, was used by the Man of Steel after his gruesome battle against Doomsday. Given that Batman v. Superman followed a brief adaptation of the "Death of Superman" arc, fans were looking forward to Henry Cavill's Superman in the black and silver suit for his return in Justice League . While the final film released in theaters did not include the fan-favorite costume, with this new clip it's safe to assume that the Snyder Cut will feature Superman in the iconic black suit for entirety of the film's final act.

Zack Snyder later confirmed in his Justice-Con panel that the suit Cavill wore when filming this clip was the original red and blue costume with some minor adjustments. The black suit was digitally color corrected onto Cavill in post-production, meaning that many more digitally-altered adjustments are to be expected as well. From costume variations, to lighting changes , to possibly even entire scenes constructed through VFX, Zack Snyder will be doing everything he can to make his cut of Justice League truly his own.

Zack Snyder's Justice League is expected to arrive on HBO Max in 2021.