Marvel Studios is approaching the home stretch with its marketing campaign for the final theatrical release in Phase 4, Black Panther: Wakanda Forever. Not only will this bring fans back to the African nation for a second solo adventure, but it will also introduce a new fan-favorite from the comics into the MCU for the first time ahead of her own Disney+ series - Riri Williams, better known as Ironheart.

Through the promo tour for Black Panther 2, fans have gotten a look at how Ironheart will be introduced into the MCU, which has come more recently with a first glimpse into the technology she'll use in her new suit. Taking Iron Man's legacy and building upon it in the Multiverse Saga, Dominique Thorne's heroine will show off a new side to this technology as she meets the Wakandans for the first time.

The second full trailer for Black Panther 2 gave fans the first shots of the new Ironheart suit in action, flying through the air and even bringing back memories of Robert Downey Jr.'s time leading the MCU forward. Now, Riri returns in a new piece of promo material for the movie, which gives fans an in-depth look at the character's suit-building process as Ironheart moves toward her MCU debut.

With a number of different pieces of material on the table in front of her, Thorne's Riri Williams utilizes a screwdriver to begin putting her suit together. Fans can even see a small Target logo on one of the boxes behind the suit material.

Crouching down in front of a more red part of the suit, Thorne looks intently at her work as she melds a couple of pieces together.

With intricate and advanced designs on the board in front of her, Riri Williams analyzes her work as she works out her next steps in the suit-building process.

The young newcomer looks closely at the intricacies of her suit, making sure that everything lines up perfectly so that the armor works to the best of its abilities.

After a few seconds of Ironheart action, Williams is seen walking towards the entrance of a Target store, bringing in the company that's helping to promote Black Panther 2's upcoming release in theaters. 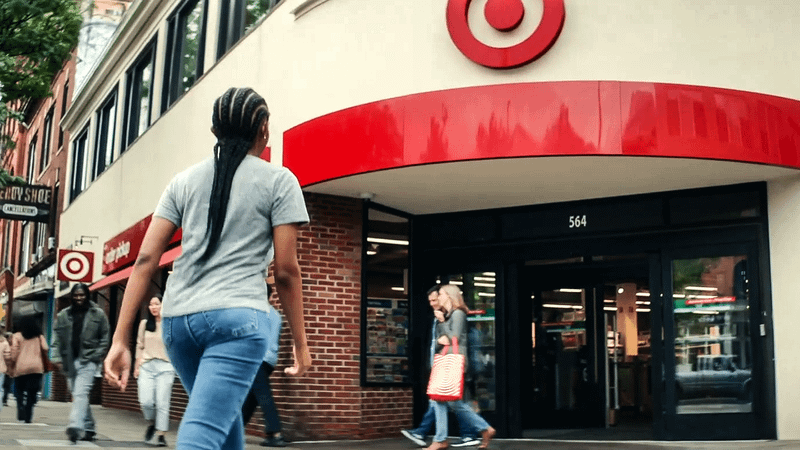 The full ad can be seen below:

Ironheart Ready for Her MCU Debut

With this new ad using less than 10 seconds of footage featuring the Ironheart suit, it's fairly unlikely that this specific scene will be utilized in Black Panther 2 when it fully releases. However, it gives a great tease for what Riri Williams will be up to when she crosses paths with Shuri, Okoye, Ramonda, and the rest of the Wakandan people.

Riri will work her way through at least three different suits through the course of Black Panther 2, eventually landing on her most sophisticated and streamlined weaponry yet in the Mark III Ironheart armor. While it's still unclear how big her role will be considering this is first and foremost a Black Panther movie, this sequel will set her up for quite the extended run throughout Phase 5 and beyond as she prepares to take the spotlight in Disney+'s Ironheart.

Black Panther: Wakanda Forever will debut in theaters on Friday, November 11; Ironheart will premiere on Disney+ in fall 2023.