In just a few weeks, Dominique Thorne will make her official MCU debut as fan-favorite comic character Riri Williams, better known as the heroine Ironheart. She'll take on her first Marvel Studios appearance in Black Panther: Wakanda Forever before she continues into her own solo Ironheart series, which will stream on Disney+ about a year from now.

While Ironheart will be limited to a supporting role in Black Panther 2, she's been included multiple times throughout the movie's promotional tour in concept art, toy images, and trailers. Both of the trailers for the sequel have shown some exciting action for the new hero, much of which pays tribute to her in-universe inspiration in Robert Downey Jr's Tony Stark. 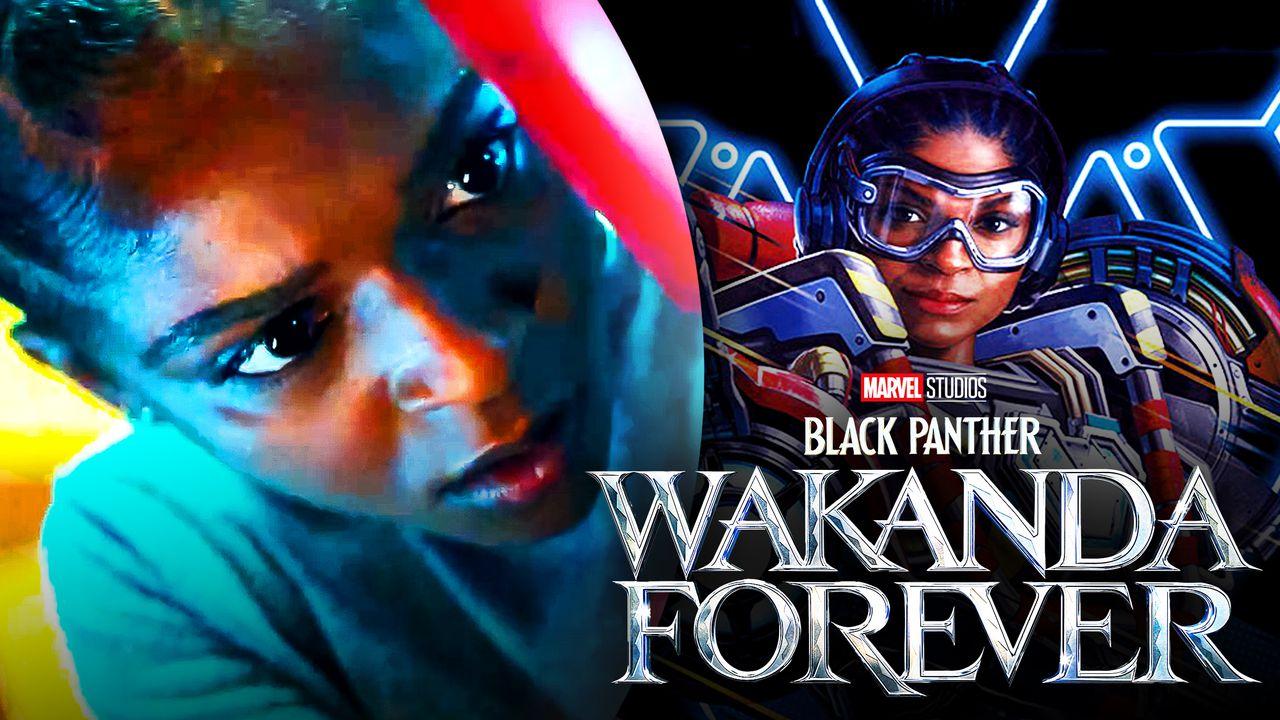 In the recent lead-up to the Black Panther 2's debut, Thorne and director Ryan Coogler spoke about how exciting Ironheart's introduction will be to the larger story as she becomes a more prominent figure over the next year and beyond. Now, following her latest featured appearance in the new MCU movie's marketing tour, Thorne has taken the opportunity to celebrate her inclusion with a new post on social media.

Black Panther: Wakanda Forever star Dominique Thorne took to Instagram to share her first official MCU poster, which depicts her as Ironheart from Marvel Studios' latest theatrical release. She's seen looking into the camera as she wears the goggles and armor from her Mark I Ironheart suit, which will be one of multiple suits seen in Black Panther 2.

Thorne also included a heartfelt caption with her Instagram post, counting down the days until Black Panther 2 debuts and brings her character into the MCU. She celebrated her experience with Riri Williams from "the past two years," expressing her excitement for fans to see "the greatest introduction a young genius could be granted" before she appears in her first Marvel Studios project:

It is an honor to see the world through your eyes. To share your truth with the world. For the past two years you’ve been mine and mine alone to explore and understand… 31 days and Riri is yours, I trust you’ll have her, you’ll take the time to see this woman in her fullness, and maybe even to love her as I do.

Cheers to the greatest introduction a young genius could be granted… ushered into the world through the brilliance of…Black Panther: Wakanda Forever.

Only in theaters November 11th."

The MCU has been without any kind of Iron Man-related hero since Tony Stark met his end in Avengers: Endgame, even with his legacy being remembered in a couple of Phase 3 and Phase 4 outings in the time since then. Now, that will change with Ironheart's first full role in the MCU as Dominique Thorne introduces the young hero to both the Wakandans and fans watching Black Panther 2 as it unfolds.

Seeing Thorne's excitement is truly an inspirational moment as the MCU looks to its future, particularly after the actress got the part without even having to audition for it a couple of years ago. Her role in Black Panther 2 is even a particularly major one, as her technology is said to be the kickstarter for the upcoming war between the Wakandan's and Namor the Sub-Mariner's Talokan.

After she develops her technology to new levels in this movie, she'll be set to take on her own solo journey in next year's Ironheart as the MCU gains a powerful new hero that will be in the game for a long time. Where her journey goes in the rest of the Multiverse Saga is a mystery, but she's sure to be a great addition wherever she may find herself over the coming years.