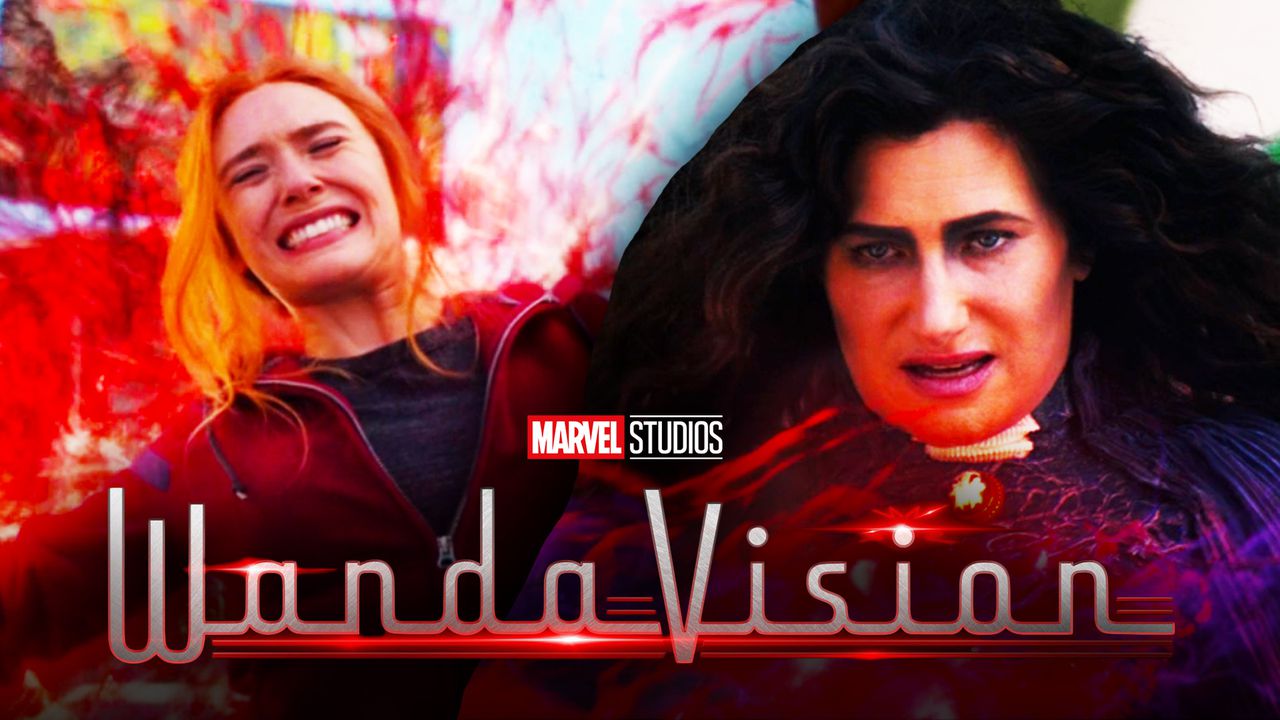 Now that WandaVision is over, cast and crew are finally able to share their full thoughts on the process of the story's creation and release, as well as express their desires for the future of the show's characters.

With nine episodes dipping into multiple time periods and genres, there is certainly a lot to discuss.

THE MAGIC OF WANDAVISION

In an interview with The New York Times, Kathryn Hahn, who plays WandaVision's Agatha Harkness, discussed her thoughts on Agatha's fate at the end of the series. In "The Series Finale" Wanda turns her into an iteration of the "nosy neighbor" role she set up for herself while investigating Wanda's magic under the Hex, who will now exist in the real Westview. But Hahn believes her character is okay with it and "needed to rest for a hot second,".

"I actually don’t think, ultimately, that she minds it. She needed to rest for a hot second. She’s been very restless. I think she was very lonely, for a very, very long time. She loves having the companionship — loves the mailman, loves Ralph, loves Dottie. For the moment, I think she’s actually OK to just loosen the corset and sit and have a muffin and a latte."

However, Hahn did admit that she was also keen on "the possibility that [Agatha and Wanda would] join up" at the end of the show, upon being presented with the notion that Agatha essentially played the role of Wanda's therapist, at times.

"I felt that very strongly too, at the end of that, there was a possibility that we’d join up — that she’d collapse into my arms and we’d fly off together, which I kind of wish would have happened — or she would just hand it off to me."

Hahn also shared how the strong female presence in WandaVision attracted her to the project, as well as the fact that "it wasn't shying away from feelings,".

"That’s also one of the things that was a big turn-on for me, how many women were involved in it, and it wasn’t shying away from feelings. It wasn’t just action, right off the bat. Wanda’s superpowers are coming from her feelings. There’s something I loved between the relationship of Agatha and Wanda. We talked a lot about Amadeus and Salieri, in terms of their relationship — Agatha wishes that she could make the kind of music that the Scarlet Witch just had naturally. For someone that has spent centuries studying this, to meet a young person to whom it comes completely naturally, it’s maddening and you want to know why."

THE AFTERMATH OF AGATHA

Hahn's comments about the possibility of Wanda and Agatha teaming up could very well still happen down the line. Wanda commented that "[she'd] know where to find [Agatha]" if she ever needed her again. Leaving her the way she did likely means Marvel wants to at least leave the door open to bringing the character back, even if they have no concrete plans for her at the moment.

Agatha Harkness is actually Wanda's (non-villainous) mentor in the comics and helps her train as a witch. While the MCU's Wanda currently seems to be occupied studying the Darkhold, there may come a time at which she requires Agatha's expertise.

The question here would be whether Wanda would have to try to make Agatha turn "good" first, or if she would have sinister intentions like Agatha? Of course, there's also the possibility of Wanda blackmailing Agatha into doing her bidding, like other heroes have done with their rivals in the MCU.

All nine episodes of WandaVision are now available to stream on Disney+.