When the coronavirus hit, every MCU movie and production either stopped or delayed , including Thor: Love and Thunder . But not everyone saw this as a bad thing, such as director Taika Waititi who took it as a chance of making the movie better with the additional time. However, productions all over are beginning to start again, including many within Marvel Studios . If Natalie Portman is to be believed, this includes Thor: Love and Thunder .

Pointed out to Lizzie Hill of Murphy's Multiverse by Twitter users @talkinaboutjane and @JacquelinePurdy , Natalie Portman had an interview with tennis star Serena Williams about the new National Women's Soccer League team they co-own competing in L.A.. During this interview, the topic turned to Portman's role as Jane Foster in the upcoming Thor sequel.

While filming hasn't started on Thor: Love and Thunder , Portman said that it gives her “more time to, you know, to get jacked.” She emphasized how much she'll be getting in shape, mentioning that she has “got the carbo loading down but not the leg exercises.” 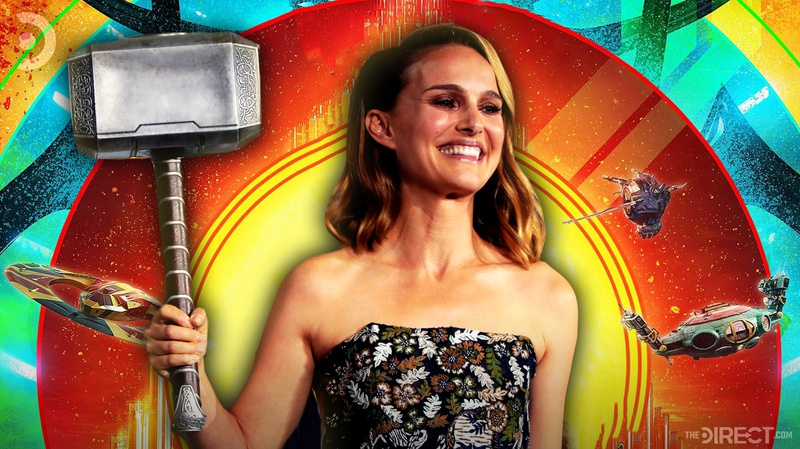 She then confirmed both the shooting location and date for Thor: Love and Thunder . She expresses that she is "very excited" and that they will be "shooting in Australia at the beginning of next year."

This shooting location and date would actually line up with Shang-Chi And The Legend Of The Ten Rings beginning production again in Australia . By the time shooting for Shang-Chi is completed, Thor: Love and Thunder would be able to swoop in and begin shooting without delay.

The Marvel Studios machine is beginning to turn again after the coronavirus threw a huge wrench in the gears and stopped every production dead in its tracks. Hopefully, this means that many other productions will begin again, as normal as they can be, while adhering to new safety guidelines on set.

As for Natalie Portman's comments about getting fit for the role, it's nice to hear that she wants to have the physique and muscle tone that Jane has in the comics when she was Thor. It's hard to imagine that fans will see Natalie Portman wearing a Thor costume and swinging around a hammer alongside Chris Hemsworth as Thor.