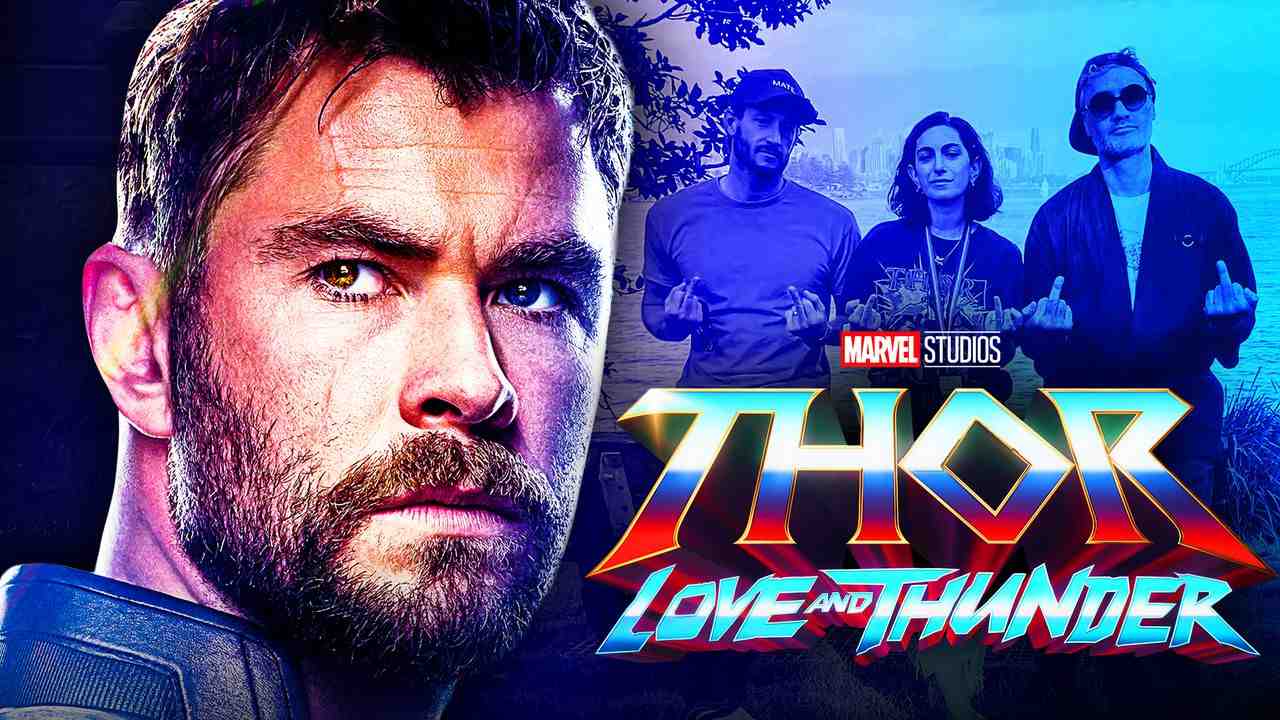 Thor: Love and Thunder is shaping up to be one of the biggest movies on Marvel's upcoming slate. Filming kicked off in Sydney earlier this year and hype for the title has only continued to build as more big stars head to Australia.

Most recent was the news that Russell Crowe would be joining the already stacked cast alongside Chris Hemsworth, Natalie Portman, Christian Bale, Tessa Thompson and Matt Damon. The all-star pedigree even extends beyond the camera with Oscar Winner Taika Waititi directing and writing alongside his stellar co-writer, Jennifer Kaytin Robinson, who's best known for creating Sweet/Vicious .

THOR LOVE AND THUNDER SCREENWRITER SHARES THE LOVE ON SET

Screenwriter Jennifer Kaytin Robinson has just finished up a visit to Australia where she was clearly working on the set of Thor: Love and Thunder.

Sharing some behind-the-scenes pics via a post on Instagram , she wrote "best adventure of my life - thank you to the first nations people of Australia for sharing your land for a bit, I loved it so much."

Some pictures show Robinson posing with key members of the Thor crew, including Taika Waititi and Tessa Thompson, as well as her production chair on set. Kangaroos were, of course, also featured.

Robinson's full post showing all the photos can be viewed below:

These behind-the-scenes shots give little away in terms of spoilers for Thor: Love and Thunder but Jennifer Kaytin Robinson marks another member of the crew who has finished their work on the movie. Cast member including Pom Klementioff, Karen Gillan , and Jaime Alexander previously shared images of their flights home, signaling a possible end to their time filming Thor 4 .

Shooting started on Thor 4 in January and will likely continue for a little while longer, but Robinson's exit could signal that production is due to wrap up soon. While not starring in the film, it's likely Robinson came to Australia to help Waititi oversee the script and its production.

So far little is known about the script that Waititi and Robinson have written but Waititi did tease some romance and star Chris Hemsworth has praised the script as one of the best he's read . Judging by some of the set photos so far , it looks like fans will have a lot to look forward to in Thor 4.