Thor: Love and Thunder's Script Is "One of the Best" That Chris Hemsworth Has Read In Years 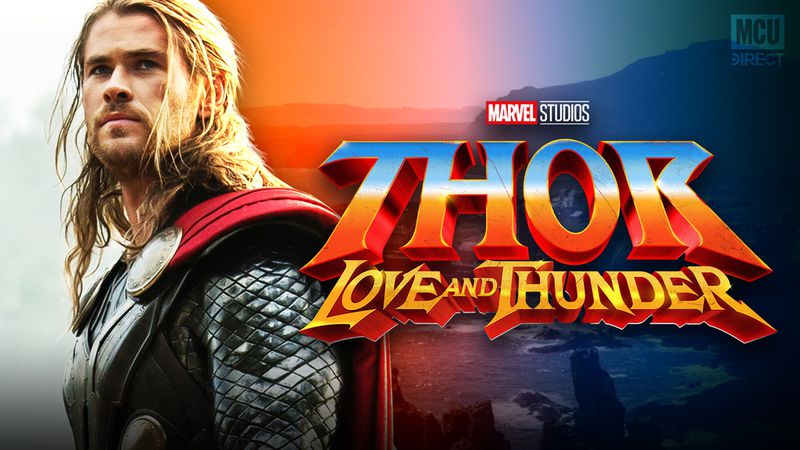 After Avengers: Endgame shell-shocked the entire Marvel Cinematic Universe, perhaps the most affected characters were the "Original 6." Between irreversible injuries, a long-overdue retirement, and a pair of unfortunate deaths, fans were left wondering if Endgame was the last stand for the first generation of Avengers. While it might have been the swan song for some, Marvel Studios President Kevin Feige confirmed at last year's San Diego Comic Con that we had not seen the last of the mightiest of Earth's Mightiest Heroes.

Taika Waititi, Chris Hemsworth, Tessa Thompson, and a returning Natalie Portman would be reuniting for Thor: Love and Thunder. While the Thor flicks have been infamously hit or miss, fans were stoked to see Waititi get a round two in a Marvel director's chair. Ragnarok was lightning (or in this case, thunder) in a bottle, but can the New Zealand director strike twice?

"This script, I like it. Another!" That's more or less how Chris Hemsworth feels about the latest draft of the Thor: Love and Thunder script. When speaking to the Philadelphia Inquirer, Hemsworth praised director Taika Waititi's script for the fourth installment.

“It’s one of the best scripts I’ve read in years. It’s Taika at his most extreme, and at his best. If the version I read is the one we get running with, it’s going to be pretty insane.”

Hemsworth's praise of Love and Thunder's script may seem redundant, as Waititi clearly has the Hollywood Midas touch right now, but it is actually very relieving. Further down in the article, Hemsworth speaks of the silver lining he's seen with current quarantine precautions, citing this time away from production lots as his first extended break in 10 years.

While everyone needs time away from work, it is refreshing to see Hemsworth qualify those statements by also reminding fans of his excitement to don the crimson cape and wield Stormbreaker once again.

As for the script, well, Taika Waititi's stellar filmmaking skills are no longer a Hollywood secret. From performing successful franchise-CPR on Thor with 2017's smash-hit Thor: Ragnarok, to directing (and starring in) the finale of hit Disney+ series The Manalorian, to even winning gold at the Oscars for his screenplay for Jojo Rabbit, the New Zealand director has been doing it all. In just a couple of years, Waititi has gone from relative unknown to household name, conjuring up projects that please three of the most difficult fandoms to master: MCU fans, Star Wars fans, and the Academy. 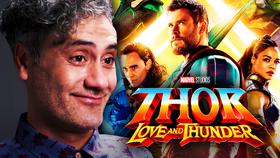 Will Love and Thunder top Ragnarok?