The Mandalorian Season 2 Predictions: How The Clone Wars and Rebels Characters Could Be Incorporated

Lucasfilm has been severely quiet in giving details about The Mandalorian Season 2, but that hasn't stopped various outlets from reporting on it. Each week it seems like a new rumor is passed along to the Star Wars community about the next chapter in the western adventure, particularly when it comes to casting. It all started back in March when news broke that Rosario Dawson was set to guest star as a live-action version of Ahsoka Tano in the second season. This has been all but confirmed by Dawson, and Dave Filoni, without denying or authenticating the rumor, stated that there's always a place for her in the franchise "if there's a good story and a good reason."

Then came a tidal wave of rumors that proclaimed numerous other Star Wars: The Clone Wars and Star Wars Rebels characters would be joining Tano in the forthcoming installments this October. They include Sabine Wren, Bo-Katan Kryze, Captain Rex, and Boba Fett. Despite Filoni postulating the potential return for many of these characters, the substantial onslaught of this batch coming in for Season 2 was considerably unexpected. How could they utilize so many of them at once? The Direct has come up with some predictions to answer that very question.

Mando and The Child Aid in the Search for Ezra 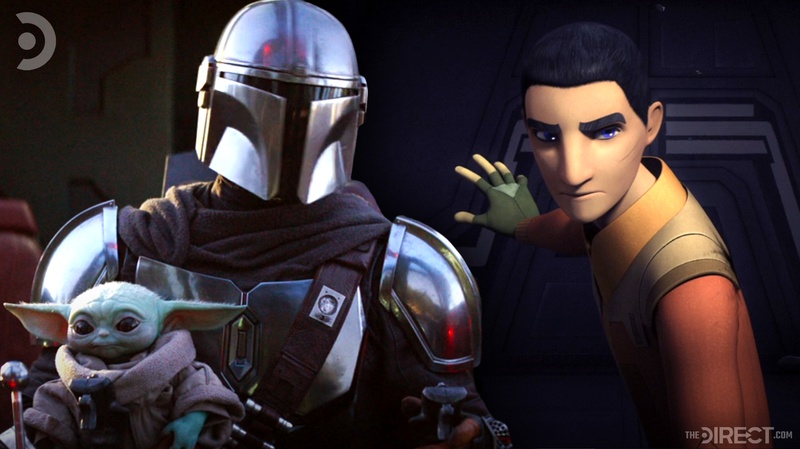 There are a lot of mini-predictions that fall under this category, so let’s deliver some context first. Star Wars Rebels concluded with its signature character, Ezra Bridger, launching himself into hyperspace with Grand Admiral Thrawn. While this action aided the mission to free Lothal from Imperial control, his friends were left to wonder if he survived the jump into lightspeed and if he did, where did he go? The young Jedi left a holographic message for the rebel crew, giving a heartfelt goodbye, but also stating he “can’t wait to come home.” Years later, after the Battle of Endor and the Galactic Civil War, Sabine Wren set off with Ahsoka Tano hoping to finally bring their missing companion home.

Fast forward about five years to the events of The Mandalorian’s final chapter, where Din Djarin, or Mando, takes on the responsibility of acting as a father-figure to The Child, a.k.a Baby Yoda, until he reunites it with his own people or he comes of age to take care of himself. Based on this, it’s safe to assume that the second season, at least in the beginning, will feature the pair scouring the galaxy in pursuit of the toddler’s people. It’s uncertain if his “people” indicates his species or the Jedi referenced in the season finale, but either would likely suffice.

And that prelude steers us into the first prediction for The Mandalorian Season 2: Mando and Baby Yoda will aid in the search for Ezra. This prediction could go in all sorts of ways, from Djarin and/or The Child inadvertently finding Ezra themselves to encountering the Rebels characters in their explorations, or even Ezra’s whereabouts being connected to the newfound existence of the youngster. The most probable scenario, however, is that Baby Yoda’s instinctual abilities catch the attention of Ahsoka. The former Jedi, along with Sabine and Rex, could believe this presence in the Force is Ezra, guiding them to track the duo down.

Since the rumor is that their appearance will only be for one episode for the purpose of setting up a Rebels sequel series, Mando will perhaps help the crew on their way following their introduction, whether it’s using The Child's visceral powers to offer clues regarding Ezra’s position or assisting with more aggressive matters. Despite their limited screen time, there’s no doubt that the 50 year-old baby will peak the interest of Ahsoka Tano, taking us to our next prediction.

Ahsoka Involved In or Aware of Baby Yoda's Origins 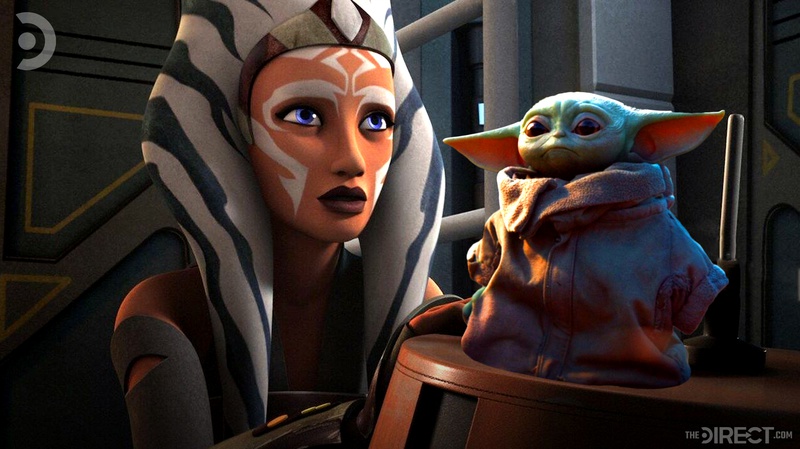 As highlighted before, there are countless paths that Favreau and Filoni could take to bring Ahsoka into this story. No matter when and how she makes her appearance, Ahsoka will unquestionably be fixated on Baby Yoda. Most are cognizant of the general information she could provide to Mando about The Child, in that she’s more than familiar with his unique potential and has seen another one of his kind in her lifetime who shared similar skills. Yoda, that is.

What if she knows more than that? It's plausible that Ahsoka learned of Master Yoda’s rare species when she was a youngling at the Jedi Temple, or she could know of Moff Gideon’s plans and intentions with Baby Yoda. It’s hard to pinpoint an exact prediction without also predicting the overall purpose of the Child, but don’t be quick to rule out that Ahsoka is somehow wrapped up in Gideon’s scheme. Upon meeting the show’s main characters, Ahsoka might even want to take and train the creature. Although it would be a sad sight to see him separated from who is essentially his father now, this would certainly raise the stakes for an ambitious Rebels sequel.

While viewers patiently wait for details on the infant’s creation or heritage, who better to elucidate them on the subject than the fan-favorite Ahsoka Tano. Think of the additional interest the Disney+ series will rack in if Favreau places Tano at the center of Baby Yoda’s role in this story.

Bo-Katan Lost the Darksaber in the Great Purge 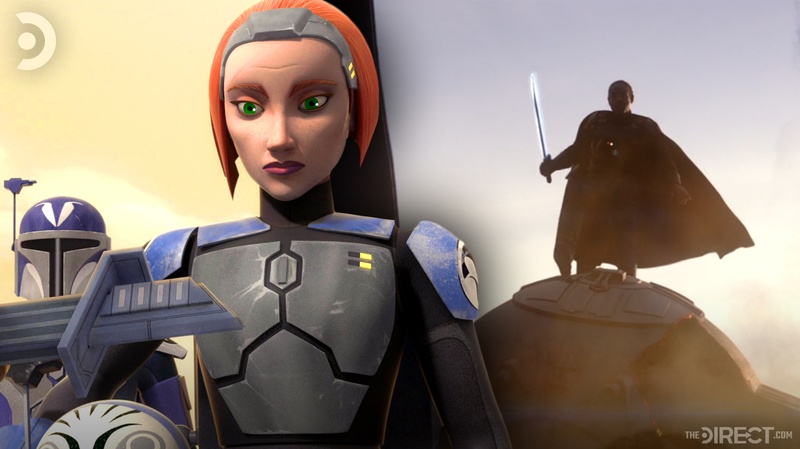 The Star Wars community, at long last, witnessed the Siege of Mandalore in Star Wars: The Clone Wars’ final season, wherein Maul suffered defeat at the hands of Republic forces and the Bo-Katan Kryze led Mandalorians. Rule over Mandalore was passed on to Bo-Katan, but with the rise of the Galactic Empire not long after, she was forced out of power. Gar Saxon and his clan reigned over the planet on behalf of the Empire. Then in the Star Wars Rebels, Sabine Wren, of the Mandalorian Clan Wren, came across the Darksaber, an ancient weapon of the only Mandalorian Jedi, Tarre Vizla. The weapon was passed down each generation in House Vizla and was used to represent leadership of the clan, and eventually, all of Mandalore.

After Sabine’s mother, Ursa, killed Gar Saxon, Sabine used the saber to ignite a rebellion against the rest of Saxon’s forces and Imperial jurisdiction. Her rebellion was supported by many clans, including that of Bo-Katan’s. After their victory, Sabine handed the Darksaber over to Bo-Katan, making her the Mand'alor as her fellow warriors vowed their loyalty. The next time fans saw the renowned lightsaber was at the very end of The Mandalorian’s first season, which showed Moff Gideon using it to escape from his crashed TIE-fighter. Now, spectators are left to wonder how he gained possession of it.

Katee Sackhoff’s live-action version of Bo-Katan Kryze could illuminate the audience on these circumstances in the second season. An event that was very prominent in The Mandalorian’s story was “The Great Purge,” which was a struggle between the Empire and Mandalorian people. During this, Imperial forces collected most of the Beskar and killed a great number of Mandalorians. This may demonstrate Bo-Katan lost the saber to Gideon, since he was an ISB officer at the time of the Purge. Moff Gideon actor Giancarlo Esposito has teased more Darksaber action in Season 2, so it’s highly feasible that we could see glimpses of the battle, whether it’s through use of flashbacks similar to Season 1 or the experienced warrior describing the story herself.

Additionally, this theory falls in line with the notion that these rumored characters all have a confined role for this season. But just like Lando Calrissian, Favreau and Filoni might have some cards up their sleeves for the bigger picture. 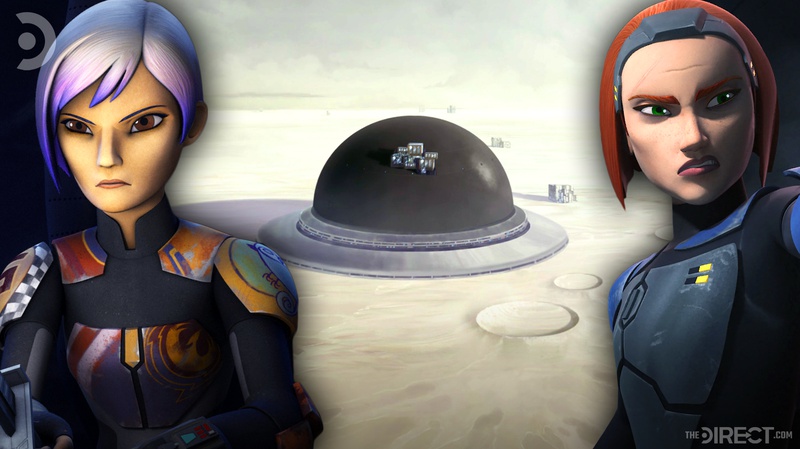 One thing Jon Favreau established very early on in The Mandalorian was that Din Djarin was not the only Mandalorian hanging around on Nevarro. In the first chapter, audiences witnessed a group of Mandalorians only known as “the Tribe.” After the Great Purge, The Tribe went into hiding in a location they called the Covert. They severely restricted their presence amongst the rest of the population, seeming focused on their survival and rebuilding their numbers. After Chapter 3’s “The Sin,” however, their position was compromised, and Imperial agents killed most of The Tribe’s members, with a few possibly escaping off-world.

Specific information about The Tribe and the state of Mandalore during the original trilogy is still scarce. Nevertheless, an appearance from Sabine and Bo-Katan might reveal a large story at play. There’s a chance that the search for Ezra went cold, or Sabine got sidetracked when Bo-Katan alerted her to Moff Gideon’s forces and his possession of the Darksaber. They could be tracing down the Imperial commander and simultaneously be looking for other Mandalorians to join their cause to conceivably rebuild Mandalore.

In the Season 1 finale of The Mandalorian, flashbacks indicated that, as a child, Din Djarin was saved by a Mandalorian group known as Death Watch. After becoming a foundling, he was raised in the Fighting Corps on Mandalore and swore to their creed. Because Bo-Katan was a former member of Death Watch, she might know of Djarin. And if she is indeed hunting the Moff down, her task will surely lead her straight to him after the clash on Nevarro. Bo-Katan and Sabine could try to recruit Mando’s help or see The Child and be the gateway to introduce the pair to Ahsoka. Speculation with this theory can clearly run array, but if the Mandalorians are as fractured as the series led viewers to believe, it would be fascinating to see the restoration of the planet’s people at some point in the show. After all, it is called The Mandalorian. 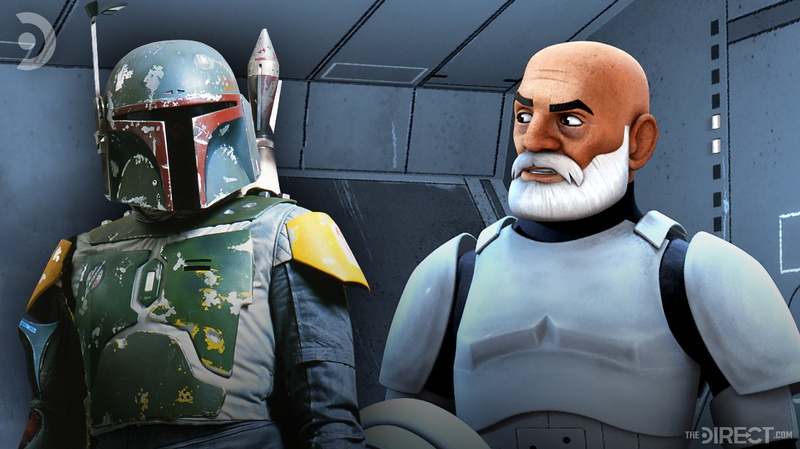 Technically, we didn’t see Rex join Sabine and Ahsoka on their quest to find Ezra, but that doesn’t mean he didn’t sooner or later enlist himself. And given Rex and Ahsoka’s history, as well as Dave Filoni’s recent Twitter header, it would be no surprise if this was the case. That being said, with so much news circulating the infamous bounty hunter Boba Fett, Rex may be up to something else.

In an exclusive report from The Direct, it was made known that Boba Fett would play a major role in The Mandalorian Season 3 after his small role in the second season. Many people turn to Season 1’s “The Gunslinger” as evidence of Fett’s survival from the Sarlacc Pit. Before the credits rolled, an unknown figure approached the supposedly deceased body of Fennec Shand on Tatooine. With her rumored return in the next season, it’s possible the figure, presumably Fett, saved Shand from her blaster wound. As a result, Fett and Shand may work together to hunt down Mando and Baby Yoda for the remaining Imperials in Season 2, which might be teased in the unconfirmed title leak for the season’s third chapter, “The Bounty.”

So how does Rex fit in? He could be seeking other surviving clones that were made to operate in the Grand Army of the Republic in the Clone Wars. The trail could lead him to Boba Fett, since Boba is the genetically engineered son of the clones’ template Jango Fett. In turn, this could lead Rex to Din Djarin. Seeing as Rex knew of the Jedi and Master Yoda, he could be the one to point Djarin in the direction of Ahsoka Tano, as she could enlighten the Mandalorian on the Child’s background and capabilities, as discussed earlier in this article. However you shake it up, it would be great to see Rex and Fett stand toe-to-toe in Star Wars’ future.

There are several avenues that Favreau and other creatives can take with The Mandalorian, and this is just a glimpse of the possibilities the fandom could see. Further confirmations from Lucasfilm about Season 2 will inevitably come out in time, especially with the first trailer. Until then, The Direct wants to here from you! Leave your theories and ideas down in the comments, and be sure to respond to the poll below!