Spider-Man: No Way Home is the most anticipated movie since Avengers: Endgame and fans can not wait to see this movie on the big screen. From rumors and leaks about returning Spider-Men Tobey Maguire and Andrew Garfield, to the confirmed appearance of Dr. Strange, this movie could not get more exciting! In particular, fans are loving the return of classic Spider-Man villains from the universes of Tobey Maguire and Andrew Garfield. With the return of these classic villains comes the end of a really annoying trend present in the MCU Spider-Man movies.

Villains from every live-action Spider-Man movie of the 21st century find their way into the MCU. Featuring the mechanical arms and Alfred Molina's Doc Ock, the glider and pumpkin bombs from Willem Dafoe's Green Goblin, and even thunderbolts from Jamie Foxx's Electro, Tom Holland's Peter Parker is in for a truly unique fight.

What makes this fight particularly special is that it will mark an MCU first for any of its Spider-Man antagonists.

Superpowered Villains Vs. The MCU's Spider-Man 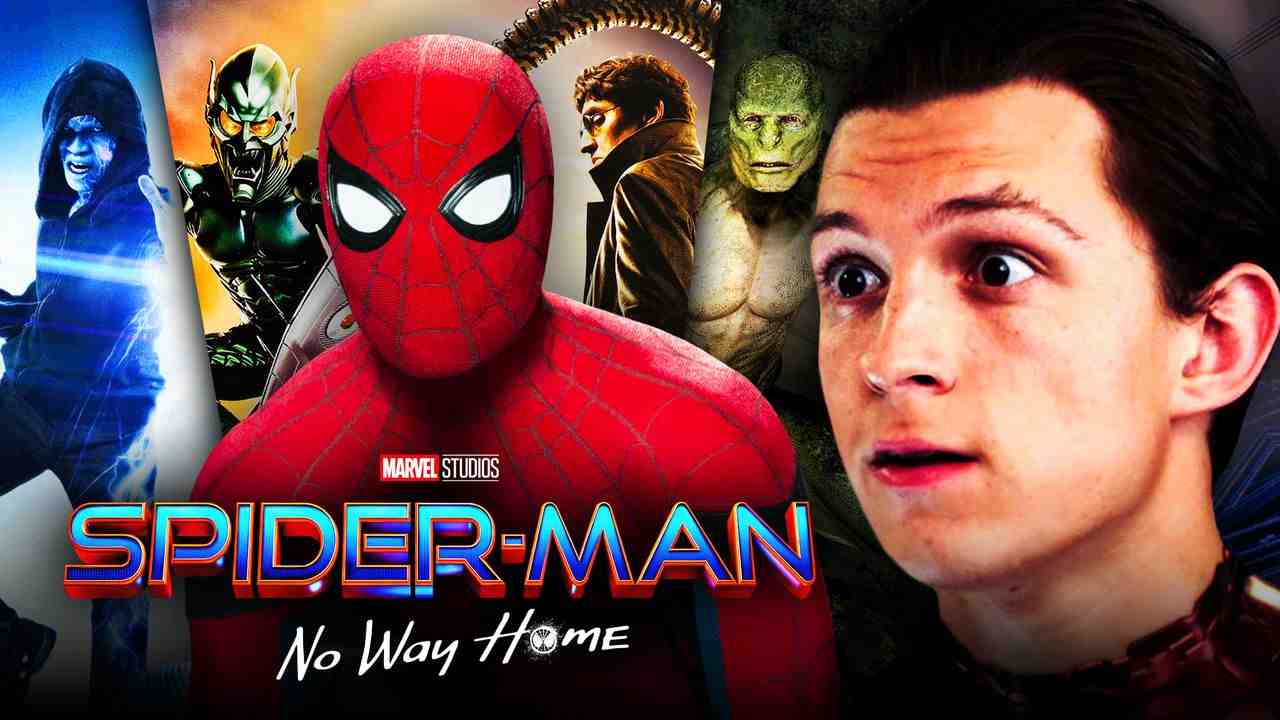 Marvel Studios and Sony Pictures' Spider-Man: No Way Home will see Tom Holland's Spider-Man fighting villains who have superpowers for the first time in any of his solo movies. This comes thanks to the fact that all of Holland's villains from Spider-Man: Homecoming and Spider-Man: Far From Home got their powers from some kind of technology.

Those tech-based villains include Michael Keaton's Vulture and two Shockers played by Bokeem Woodbine and Logan Marshall-Green in Homecoming; the movie also laid out teases for Michael Chernus' Tinkerer and Donald Glover's Prowler. Far From Home utilized Jake Gyllenhaal's Mysterio with the villain using technology to make the Elementals, which were later proven to be illusions.

Marvel Studios has certainly given Spider-Man an exciting group of bad guys to fight in past movies, although it's interesting to note that none of them actually have real superpowers. Combine that with the fact that all of them have ties to Robert Downey Jr.'s Iron Man, and it's become something of a contentious point among MCU Spidey fans.

This piece will explore the specifics of how No Way Home will rectify this issue, pitting Holland's hero against at least a trio of superpowered villains. The web-slinger's team-up outings won't be counted in this look at MCU history, of course, as he went up against his fellow Avengers in Captain America: Civil War and against Thanos and his army in the last two Avengers movies. 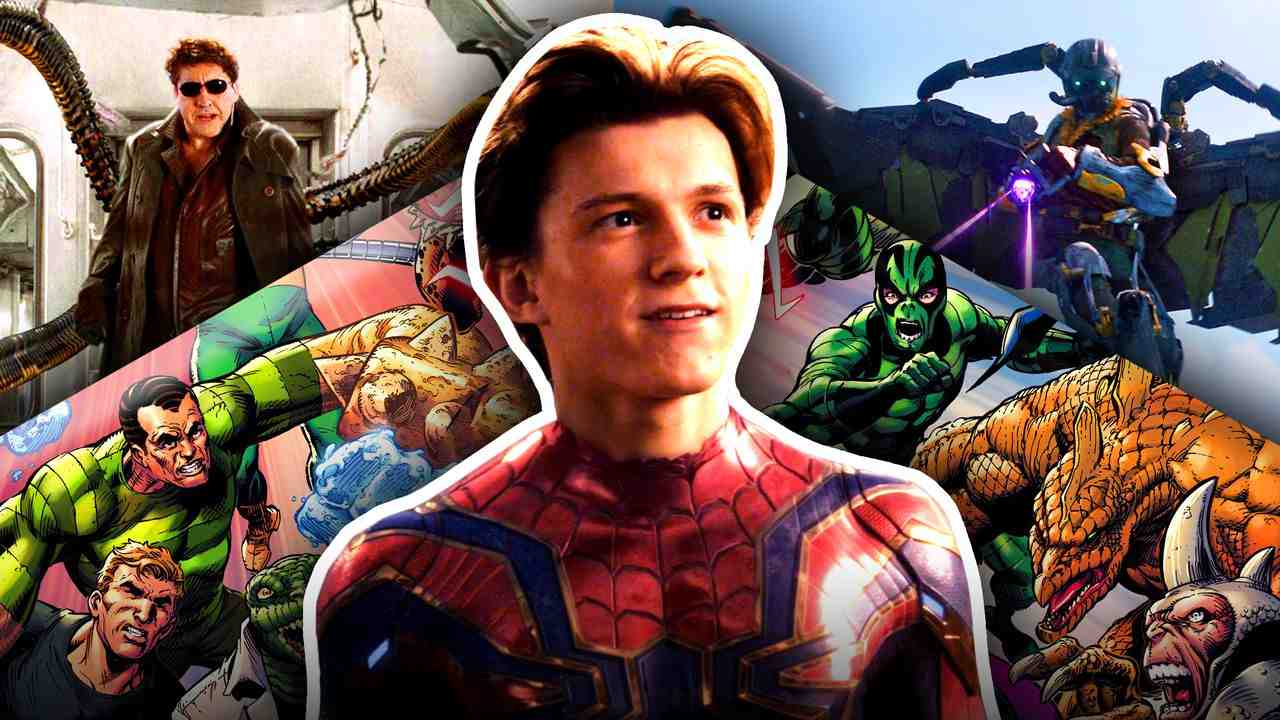 In his two solo movies, Holland's young hero has already encountered a handful of villains with tech-based powers, which will all be explained ahead.

Spider-Man: Homecoming held teases for numerous villains, including two different Shockers and even a version of the Tinkerer, with the main attraction coming in Michael Keaton's Vulture.

While many of them were formidable, each of these villains utilized some kind of technology to give them powers. Tinkerer helped develop all the weapons for sale, both Shockers used powerful gloves that were capable of making electric blasts, and the Vulture utilized a pair of huge mechanical wings that he developed out of Chitauri technology from the aftermath of The Avengers.

Spider-Man: Far From Home continued this trend with Jake Gyllenhaal's Quentin Beck, who used old Stark-tech drones to bring his illusion of Mysterio to life. He used the drone to bring both sides of his fight to life by creating the Mysterio costume and flying projection while showing the images and destruction of all the elementals.

Although the first two solo movies exclusively used tech-based villains, Spider-Man: No Way Home is set to change that in a big way.

MCU Spider-Man Villains are Powered Up

This isn't to say that every villain in Spider-Man: No Way Home will have superpowers, specifically with Doc Ock's mechanical arms and the Green Goblin's glider and pumpkin bombs. All that considered, Tom Holland's Spidey is in for his first solo run against antagonists with unnatural abilities.

Jamie Foxx's Electro, originally from The Amazing Spider-Man 2, gained powerful electric abilities that allow him to shoot lightning blasts from his hands after falling into a tank of electric eels at Oscorp. Trailers for No Way Home have teased that these powers may even be amplified by one of Tony Stark's old arc reactors, but Max Dillon's powers are still that of the "super" variety.

Also, from Marc Webb's The Amazing Spider-Man franchise is Rhys Ifans' Lizard, who genetically altered himself to regrow his lost arm before turning completely into a mutant lizard. While the majority of Dr. Curt Connors' powers include enhanced strength and speed, and while his transformation is originally tech-based, that massive and muscular body is a superpower all its own.

Coming out of Sam Raimi's Spider-Man trilogy is Thomas Haden Church's Sandman, who fell into a massive science experiment after escaping from prison and had the molecules in his body enhanced with the properties of sand in Spider-Man 3. Flint Marko was then able to use any sand in his general area to expand his body and increase his strength, firmly putting him in the category of villains with superpowers.

While not completely superpowered, the Raimi-Verse's Green Goblin has powers thanks to the performance enhancers that Oscorp developed in 2002's Spider-Man. Sure, the glider and pumpkin bombs are impressive tools, but the Goblin held his own in a fistfight with Tobey Maguire's hero throughout his first solo movie, and those powers will be back in full force in No Way Home.

The Fight of a Lifetime for Holland's Peter Parker 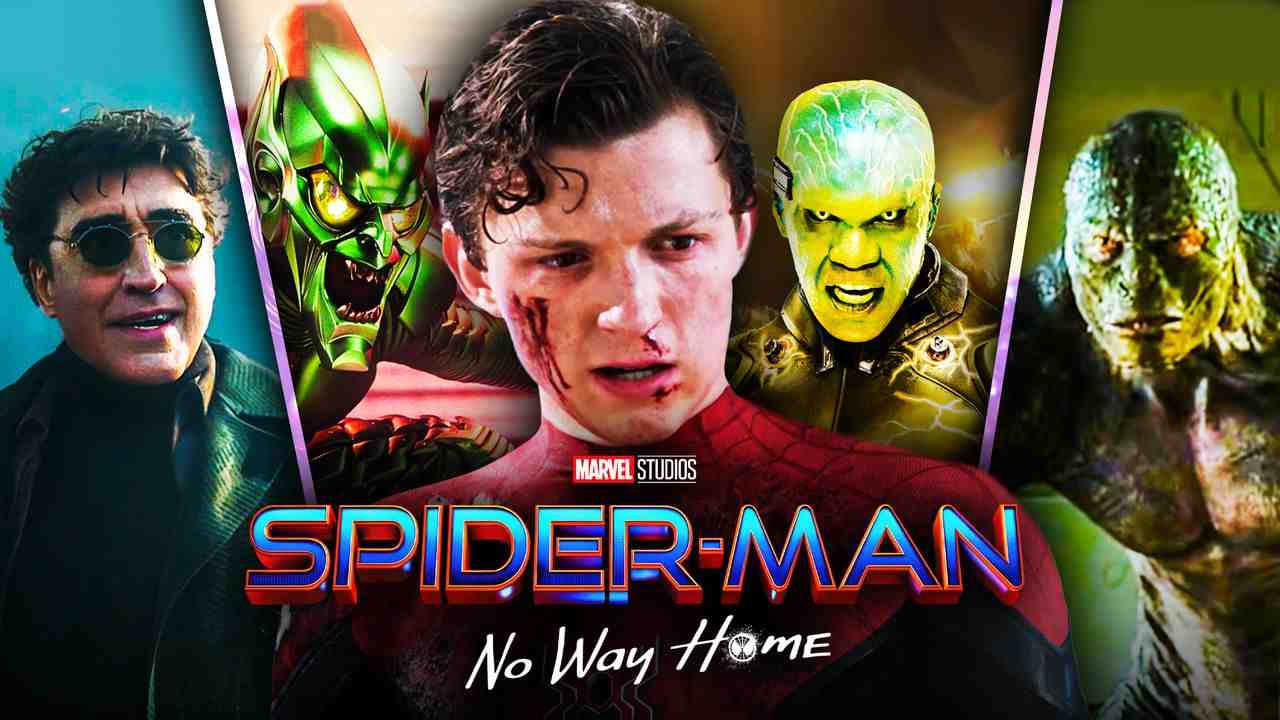 Tom Holland's hero has had more than his fair share of challenges through five MCU movies to date both emotionally and physically. Even so, Spider-Man: No Way Home is set to take those battles to new heights, particularly with Peter Parker facing villains with powers he's never seen before.

The movie's trailers have already highlighted many of these powers, and the fight doesn't stop there with Doc Ock's arms being able to steal Peter's Iron Spider armor right off his body. Although Peter will work through his expansive wardrobe of suits, even making new ones to deal with his powerful new adversaries, pure electricity and massive sandstorms will leave their mark on the young web-slinger.

Combine all these powers together from both sides of the fight, and the stage is set for a confrontation unlike any seen in Spider-Man's live-action movie history. With only a few weeks remaining until these battles are fully realized, excitement is building to a fever pitch to see exactly how this threequel will add to the MCU's growing narrative.