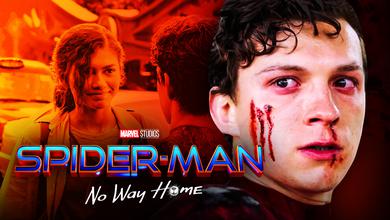 2021 is quickly becoming an overwhelming success for Marvel Studios. The cinema giant kicked off the year with WandaVision and then brought the most-watched original premiere in Disney+ history with The Falcon and the Winter Soldier. This precedes eight more releases through the last nine months of the calendar, closing off with a mega crossover-event in Spider-Man: No Way Home.

Rumors have pointed to this threequel fully embracing the multiverse as Tom Holland's Peter Parker deals with the most pressing issues of his teenage life. Not only will he have to go on the run due to his identity being revealed by J. Jonah Jameson, but he will also deal with terrifying new villains from other realities like Jaime Foxx's Electro and Alfred Molina's Doctor Octopus.

The project is still far from done on this Far From Home sequel, although a new update has surfaced on social media.

SMILES FOR THE CAMERA

The @spideysnews Twitter page has posted a picture from the set of Marvel Studios' and Sony Pictures' Spider-Man: No Way Home.

The picture includes some of the movie's crew along with starring actors Jacob Batalon, Tom Holland, and Zendaya; the other people in the shot seem to be stand-in actors. Holland is in his red & black Spidey suit from Spider-Man: Far From Home and has some serious cuts and bruises on his face.

This also likely comes from one of the final days of shooting for the Spider-Man threequel, which has been filming since October 2020.

The full image can be seen in the tweet below:

SOME WEBS STILL TO SLING

Considering Tom Holland's bloodied face and Spidey suit, this image of Holland, Zendaya, and Jacob Batalon indicates that the scene which the trio is shooting takes place during or shortly after a fight scene. Spider-Man: Far From Home saw Zendaya's MJ and Batalon's Ned close to the action during the final battle in London, so one might expect a similar situation involving Peter Parker's friends at some point in the threequel.

With fans more anxious about this project than almost any other coming before 2021's end, this picture of the core cast keeps the intrigue turned up to eleven.

Possibly the best part of this picture is the fact that it could signal the end of shooting for Spider-Man: No Way Home, for which the MCU fandom has wanted a sneak peek of for most of the last few months. The film's first trailer is likely still a few months away, but the news alone surrounding this story is building a never-before-seen level of anticipation.

Details from the plot of No Way Home will certainly be kept a secret as much as possible until the first official footage debuts, but it's not stopping fans or critics from theorizing how things will go down in almost nine months.