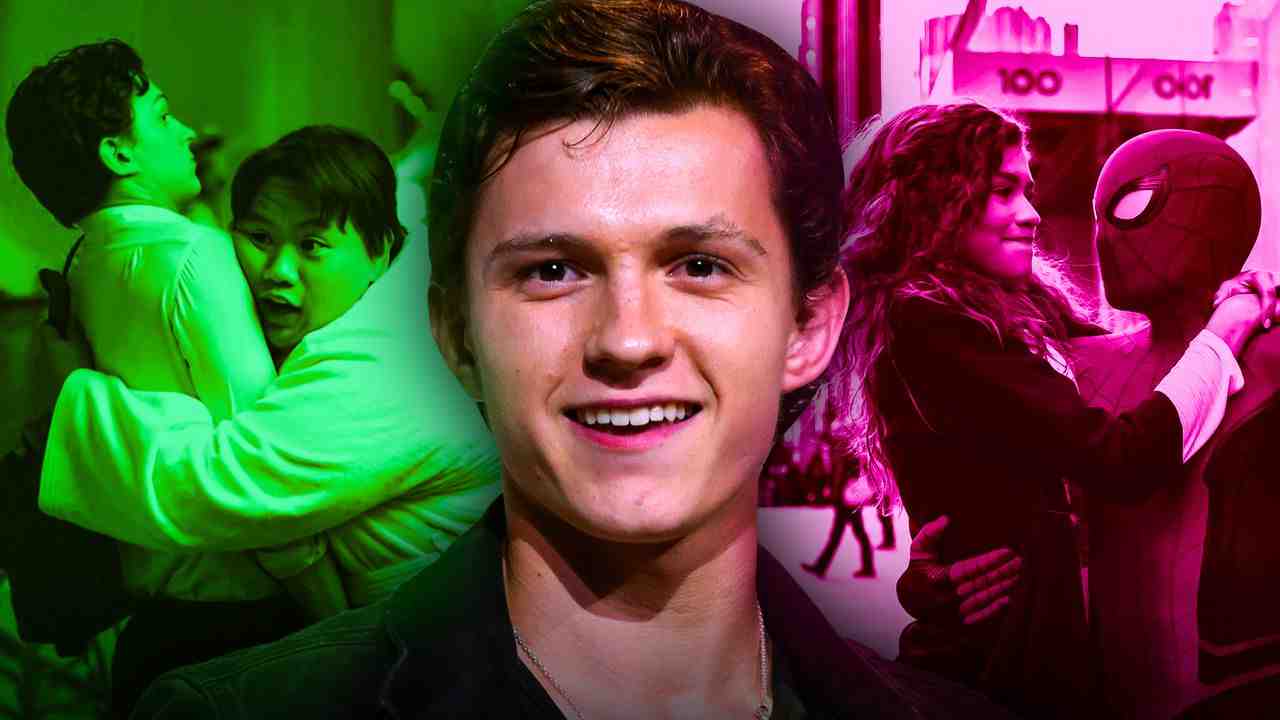 The MCU is already starting its major return to mainstream entertainment, as it begins 2021 on Disney+ with WandaVision . This will continue with five more Disney+ shows and four theatrical releases through the rest of the year. None of these has built as much anticipation as Marvel Studios and Sony Pictures' Spider-Man 3 .

This conclusion to the MCU Spider-Ma n trilogy is already becoming one of the largest events not just in Phase 4, but the entire MCU, with rumors of nearly a dozen heroes and villains from past Spidey movies joining this wild story. At its core, among the multiversal madness, it's still a straight-forward sequel that continues the story of the titular web-slinger and the friends and family he holds close to him.

Two of Peter Parker's closest friends will make their third MCU appearance alongside the web-slinger, and it seems that the actors behind these characters are in heaven working together once more.

THE INSEPARABLE TRIO OF HOLLAND, BATALON AND ZENDAYA

In a recent interview, via Twitter , Spider-Man 3 star Tom Holland was asked about the most fun he's ever had on a movie set. With numerous options at his disposal, Holland spoke on his friendship with his co-stars Jacob Batalon and Zendaya, who he said he "always (has) so much fun with" on set for their MCU movies:

"That’s a hard one. I’m so lucky that I love what I do, and I love the people I get to do it with. But whenever I’m with Zendaya and Jacob Batalon on Spider-Man, we always have so much fun. Poor Jon Watts, because trying to direct the three of us together is like pulling teeth. If Jacob’s not joking around, Zendaya is. If she’s not making a joke, I am. We’re shooting the third film now, and being back together with the gang is just amazing."

REUNITED AND IT FEELS SO GOOD

The three young stars have all worked together on both Spider-Man movies in the Infinity Saga before their current endeavor, with Batalon also making cameos in Avengers: Infinity War and Avengers: Endgame . Watching the trio on set and in interviews together , they truly seem to have become good friends over the last five years in the MCU.

In terms of what will happen on screen, there isn't a great deal of information on what will become of MJ and Ned's journeys. They will certainly be a great support team for Spidey as he faces more challenges than he ever has before.

Ned Leeds' story is a complete mystery, although Jacob Batalon's remarkable weight loss will be exciting to see as he comes back to the MCU for the third time. For Michelle Jones, her relationship with Peter could potentially be on the rocks through the story, though Zendaya herself has teased that she knows almost as little about the movie as anybody .

No matter how their journeys progress, it's always heartwarming to see that the starring trio is still enjoying the time they spend together. All three have played their roles well over the past few years, and their on-screen relationship will be more important than ever as the pair of Spider-Man movies becomes a trilogy.

Spider-Man 3 is currently filming and will release in theaters on December 17, 2021.