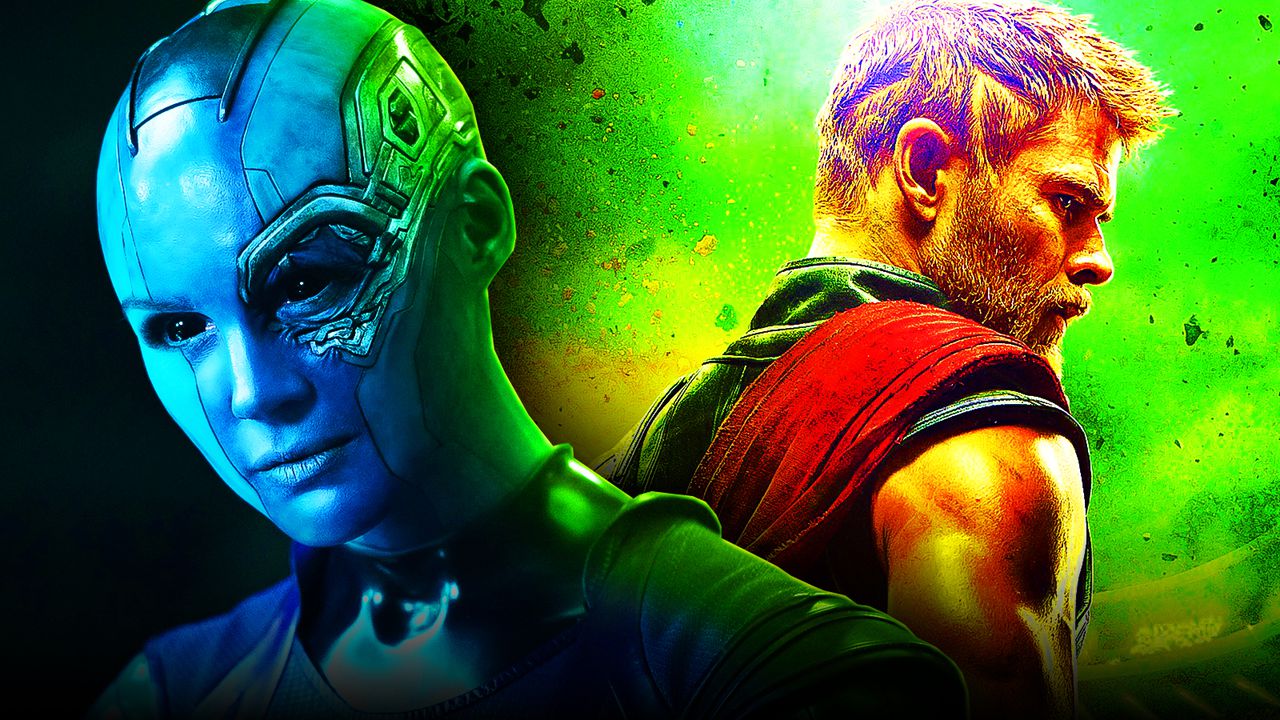 Thor: Love and Thunder is making steady progress with its production, commencing filming just a few weeks ago.

Plenty of set photos have provided some insight into developments with the upcoming film, including the God of Thunder and Star-Lord in brand new outfits. A more obscure comic character seems to be joining Thor 4 as well, that being the Asgardian's chariot-pulling pet goats.

One character that will not be making a return is WandaVision's Darcy Lewis, though actress Kat Dennings admitted that she would be willing to return to the Thor franchise.

The Guardians of the Galaxy will be making a prominent appearance as Thor tags along with them, which may have implications for the Guardians threequel. New images of one of the group's allies have surfaced online, showing off the actress's full extra-terrestrial makeup...

Via The Daily Mail, new set photos from Thor: Love and Thunder show Guardians of the Galaxy's Karen Gillan in full makeup as Nebula.

The actress appears to be holding a bottle of more blue paint, as well as a bright yellow Marvel-themed box. Another image shows a man in blue makeup, wearing a long coat.

The full set of photos can be seen below:

New set photos of Karen Gillan as Nebula and an unidentifiable man from the set of Thor: Love and Thunder yesterday

These set photos demonstrate that Nebula still has her distinctive orange plate from Avengers: Endgame, suggesting that little time will have passed since fans last saw the Guardians. Gillan notably only has one hand painted blue, as the other arm will use Nebula's cybernetic arm in its place.

The yellow box is certainly interesting considering its appearance. Some have speculated that it is a Marvel-themed box of cereal, or alternatively that it could be a makeup box with a comic-inspired design.

There are a couple of blue alien races established in the MCU, so it is up in the air as to what this new character could be. The Kree are known for their blue skin, making prominent appearances in Guardians of the Galaxy and Captain Marvel. With the arrival of Inhumans possibly on the horizon, perhaps the Kree will get more play in the MCU going forward.

Another possibility, that would tie more into the Thor franchise, is the Frost Giants, the primary antagonists of the first Thor. This actor is missing the distinct red eyes and facial markings, though these could be added as additional makeup or CGI. The addition of these past villains would help to tie the God of Thunder's franchise together and make the film even more jampacked with familiar characters.

Nebula will be along for the ride with the Guardians of the Galaxy when Thor: Love and Thunder releases in theaters on May 6, 2022. 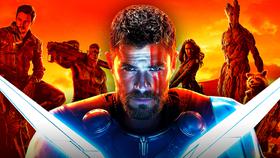