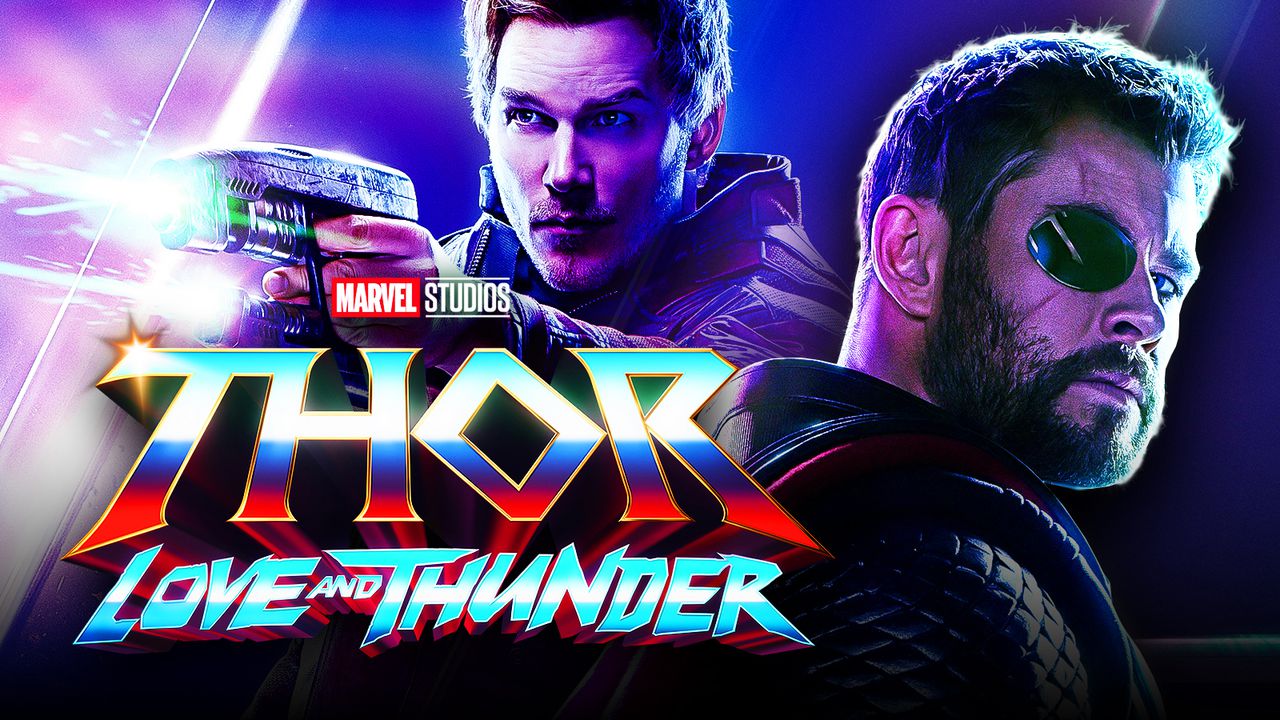 Production is ramping up again around the world and the latest Marvel movie to kick-off its filming is Thor: Love and Thunder in Australia. Cast members have been flying into Sydney for months now and it looks like fans have another Avengers crossover to look forward to in Thor 4.

Filming on Thor: Love and Thunder officially began last week and is taking place at Sydney's Fox Studios. Photos taken over the last few days have revealed the construction of a large-scale outdoor set that may link to Christian Bale's Gorr the God Butcher.

Now there are some new set photos that show everyone's favorite heroes back in costume.

THOR AND STAR LORD ARE BACK

The Daily Mail has posted new photos taken from the set of Thor: Love and Thunder. The images show Chris Hemsworth as Thor and Chris Pratt as Peter Quill/Star-Lord together on set.

Our first look of Chris Hemsworth reprising his role of Thor Odinson in Thor: Love and Thunder!

Pictures of Hemsworth and Pratt chatting provides a sneak peek at what looks to be a new outfit for Star-Lord.

Chris Hemsworth and Star-Lord actor talking behind the scenes of Thor: Love and Thunder

Thor noticeably has a more chiseled physique since the last time fans saw him in Avengers: Endgame.

More photos from the Thor: Love and Thunder set!

Nebula and Kraglin behind the scenes of Thor: Love and Thunder

Kraglin is noticeably missing Yondu's fin he obtained in Guardians of the Galaxy Vol. 2.

Set photos of Kraglin in Thor: Love and Thunder!

The last images show Hemsworth and Pratt in full costume.

NEW PHOTOS of Thor Odinson and Star-Lord in Thor: Love and Thunder

ASGARDIANS OF THE GALAXY

These new set photos reveal that Thor's long hair is back to stay. However, how exactly he's transitioned from his “Bro Thor” days in Endgame is still unexplained. These images also show that Thor will have his trusty weapon, Stormbreaker, at his side.

It also looks like Thor: Love and Thunder will be continuing in Ragnarok's footsteps with a wardrobe overhaul. Director, Taika Waititi, introduced a bright color palette in Ragnarok and both Thor and Star Lord's costumes seem to have gotten an upgrade for this latest movie. Some fans have been quick to point out that Thor's new costume points to a more classic rendition of the character, with brighter primary colors.

The last time audiences saw Thor, he left New Asgard in the care of Valkyrie (Tessa Thompson) and joined the Guardians of the Galaxy on their next adventure. Now that the whole cast is back on set, it looks like Thor 4 is setting the stage for a full-on Avengers team-up.

Who knows what Pratt and Hemsworth were discussing on set but hopefully the debate of who is really the captain will be settled in Thor 4. 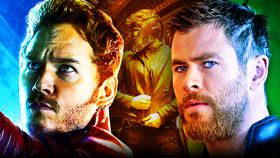