San Diego Comic-Con, along with other similarly major fan events , are known for teasing some of the biggest upcoming movies of any given year in so many exciting ways. Most notably, these films bring along star-studded panels where the movies' cast and crew tease everything coming for multiple major franchises, and there are usually a few images brought along as first looks as well.

Marvel Studios has mastered the art of these teases , perfecting the formula on stars to bring to these fan events along with designing some incredible imagery and artwork to show just enough of their upcoming movies to get fans hyped and craving more. These images, just like the full movies, go through dozens of different versions before any final decisions are settled on as well. Along that line, a new piece of concept art has just been released to the public that gives a look at one of Marvel's potential posters for one of the biggest San Diego Comic-Cons in recent memory.

Marvel Studios' Head of Visual Development Ryan Meinerding has taken to Instagram to share an unused Comic-Con poster layout teasing 2016's Captain America: Civil War . The poster features eleven of the twelve central characters featured in this hero vs. hero adventure on a neutral background as to not give away the major airport battle too early.

The officially used poster can be seen below compared to this piece just released:

This is an unused comicon poster layout for Captain America: Civil War. Group fight scenes are always challenging but rewarding.

While this poster appears to be an early concept idea for what would eventually be displayed across the walls of San Diego Comic-Con 2016, it's still an exciting first look at what was one of the MCU's most impactful movies upon its release, and even to this day. The picture centers around Captain America and Iron Man, with both the Winter Soldier and Black Panther in the forefront while the rest of the heroes start their feud with each other in the background.

The main difference between this concept art and the official poster is the fact that it has the heroes organized by teams behind Captain America and Iron Man as opposed to having them in individual one-on-one battles that ended up as some of the biggest fights of Captain America: Civil War . Steve vs. Tony, Bucky vs. T'Challa , Scarlet Witch vs. Vision and more helped to bring the Avengers' internal struggles to a head in the aftermath of the Sokovia Accords, and both of these posters did a fantastic job laying the foundation for that battle. 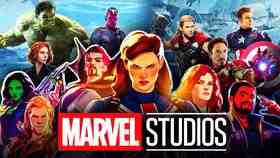 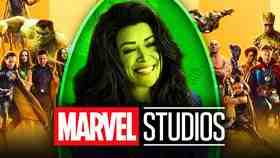