Convention season is looking a lot different than usual this year due to the COVID-19 pandemic, but a lot of con-running companies have made the best of it by moving their festivities online. San Diego Comic-Con - widely considered the pop culture event of the year - is running their annual event in an online format, but a new challenger in the form of DC FanDome has approached. Not only will this all-new online fan event try to steal some of SDCC’s thunder, but it could potentially be a major player in changing the convention and fan event scene forever, and do so in more ways than one.

ALL DC, ALL DAY LONG

DC FanDome will be a one-day-only online event featuring news from every facet of the DC brand including comics, TV shows, video games, and, of course, movies (It has already been confirmed that several upcoming DCEU movies will have a presence at the event). 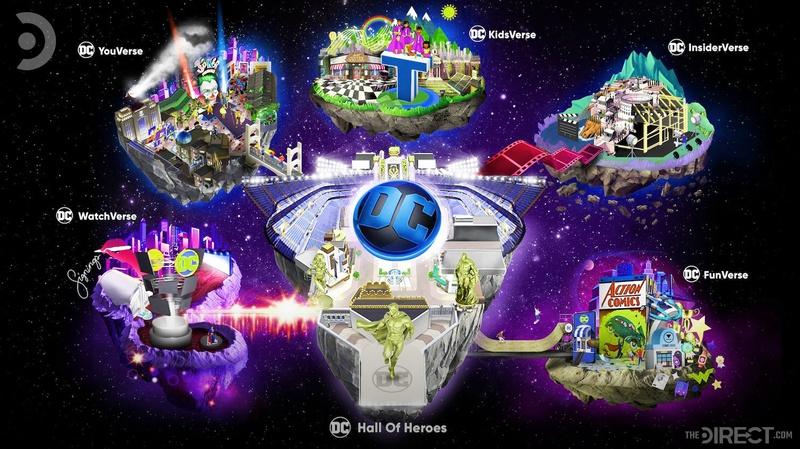 Warner Bros. had previously touted that the DCEU would be making a grand return to San Diego this year with a big Hall H panel after skipping out on last year’s event and letting their rivals over at Marvel Studios bask in the spotlight. It’s still possible that DC will have a presence at SDCC’s online event in July, but they’ll most likely save their biggest goodies and reveals for FanDome the next month. Such a move will give DC a much better shot at dominating the entertainment news cycle since they won't be fighting for the spotlight with other companies and studios as happens at SDCC.

This strategy falls in line with the direction that more and more companies are taking their franchises when it comes to fan events. For the past decade, Disney has hosted its own D23 Expo every two years, an event filled with announcements and exclusives from every facet of the brand (including Star Wars and Marvel, which has taken some of the fanfare surrounding those franchises away from SDCC). Similarly, Star Wars Celebration is an annual event that exclusively promotes that franchise. A shift has even been happening with the video game industry, with more and more companies skipping out on mega-event E3 in favor of their own individual events guaranteed to give them the spotlight. 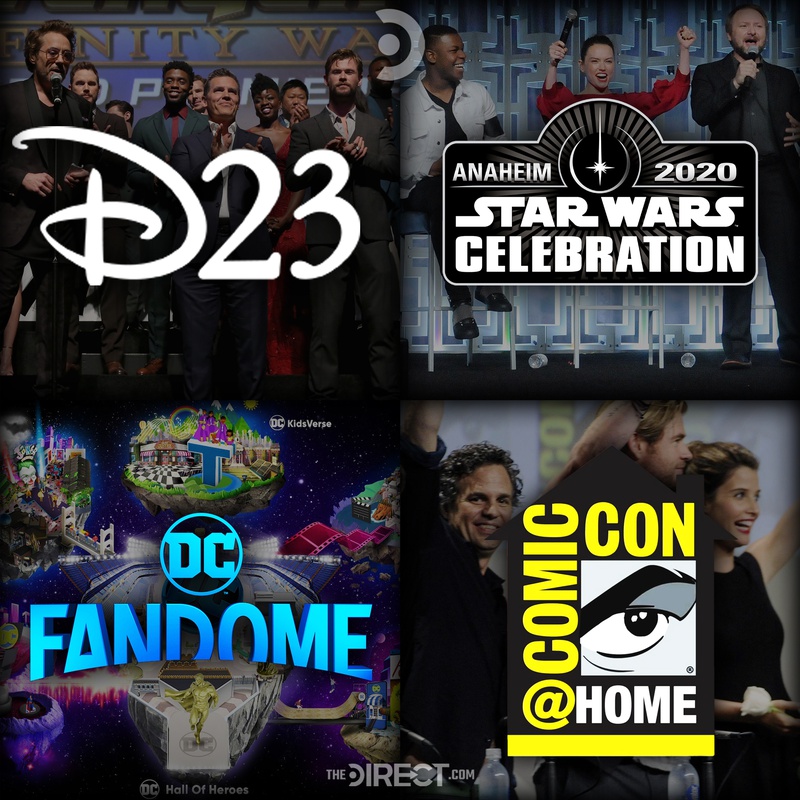 While the next Star Wars Celebration has been put on hold until 2022 and the next D23 Expo set for 2021, there still may be other fandom-specific events coming up in the near future besides DC's. Warner Bros. has trademarked a number of FanDome events for their popular properties like Harry Potter, Looney Toons, and even Pretty Little Liars. However, the status of those will most likely depend on the success of DC FanDome. If all goes well for DC in August, expect to see more of these franchise-focused events quickly start to pop up, even from those who aren’t under Warner Bros. or Disney.

THE FUTURE OF CONVENTIONS?

Right now, FanDome is exclusively an online event. However, if it turns out to be a success, it would not be surprising to see the event morph into an in-person event in the post-pandemic future, going the way of the other aforementioned single-fandom conventions. (Hopefully they would keep at least some of the online component, though, so those who are unable to be there in person can still join in the fun!) 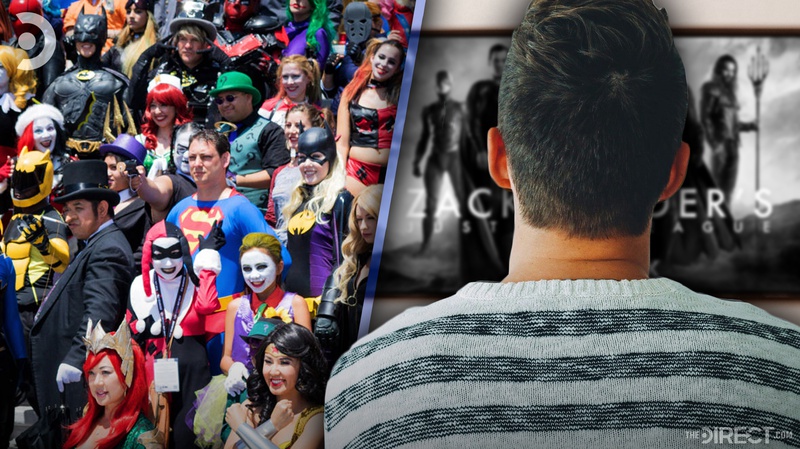 With an increasing number of companies and studios taking the solo route, it’s very possible that in the somewhat-near future, San Diego Comic-Con won’t be considered the mammoth of a pop culture event that it is today. SDCC and similar events like New York Comic Con and CCXP in Brazil get a lot of media attention because so many major media announcements tend to happen there. And so, if the major players move away...the hype drops as well.

WHAT ABOUT THE FANS?

Solo events are obviously the more desirable option for companies in most cases, since they can rest assured all eyes will be on them and not have to directly compete with their rivals. But what about the fans? Many convention attendees have loved going to SDCC and the like over the years, describing it as a pop culture oasis of all their favorite things that offers the perfect blend of community and grandness on such a big scale.

Most of the solo fandom conventions incorporate larger-than-life booths and epic presentations featuring a dazzling lineup of stars, but have little to offer on the side of fan-based content (and if they do, it’s usually an art or cosplay showcase featuring fan-made content and organized by the main company, like what DC FanDome is doing). SDCC is famous for its huge presentations in Hall H, but community-run panels discussing everything from character shipping wars to getting into the business of comics also pack the house. While there are still plenty of smaller, entirely fan-run cons where these kinds of presentations occur, having them integrated into large events allows for a larger discussion and for fans to take some of the spotlight for themselves. 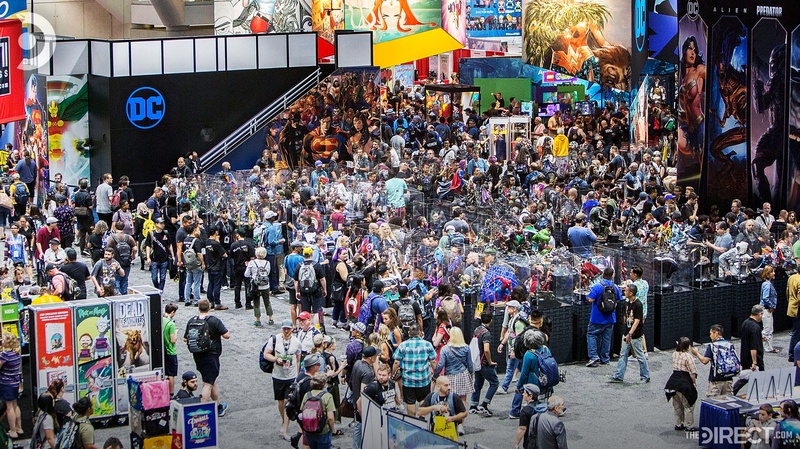 There are some advantages for fans at single-fandom events, the main one being the guarantee of experiencing content from the franchise you love most. At SDCC or New York Comic-Con, you may be out of luck if you can’t get into the one big panel with all the stars from Star Wars, but at Celebration you’ll have more chances to get into one of the several being held. (The lottery doesn’t always work out in your favor, but at least you’ll have a better shot of getting to see something from a galaxy far, far away.) However, these events do tend to be strictly corporate-led and for a lot of con attendees, the large-scale community-run element is sorely missed.

Will DC FanDome prove to be a game-changer for the convention scene as we know it? Many feel that it just might. In what ways, we don’t yet know, but the organizers will have the advantage of observing how SDCC at Home turns out a month beforehand and have the opportunity to one-up them - or at least learn from their mistakes.

MCU: 4 Upcoming Movies & Shows the Fantastic Four Could Be Introduced In

Tom Holland Quits Social Media for His Mental Health: 'I Spiral When I Read Things About Me'

Yes, Disney Just Made a Tinder Profile for She-Hulk (Photos)