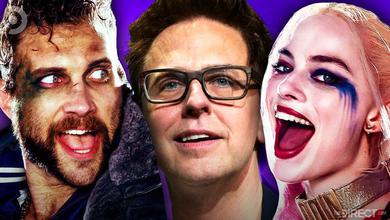 Earlier today, DC announced the DC FanDome on August 22. Unlike other conventions and fan celebrations, the DC FanDome is a free virtual convention available on DCFanDome.com for 24 hours, where fans will hear from casts and creators behind DC films and TV series and have the ability to explore themed worlds while receiveing news and announcements,

Another film with its own panel at the DC FanDome event is the much anticipated James Gunn's The Suicide Squad slated to release the summer of 2021.

James Gunn took to Instagram following today's announcement and posted a DC FanDome video showcasing the The Suicide Squad's title and color scheme while promising both he and the cast would be attending the panel. He also teased that he and Warner Bros. are "planning so much fun stuff" for the event.

James Gunn's plans for The Sucide Squad are still very much a mystery. While fans have confidence in the director and consider him perfect for the film, picking up the pieces of David Ayer's Suicide Squad from 2016 and moving the franchise in a new, successful direction is quite a challenge, especially in light of the buzz surrounding the "Ayer Cut."

This panel at the DC FanDome will hopefully reveal some of Gunn's vision and show fans how he's mixing the original cast with newcomers and how much of this film is a reboot or a sequel.