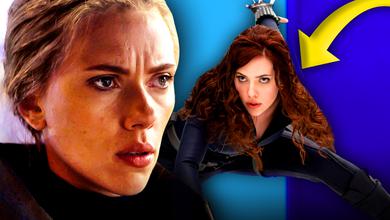 After an excruciatingly long delay, Marvel Studios is set to make its highly-anticipated return to movie theaters worldwide in a few short weeks. Following the debut of the MCU's third Disney+ outing of the year in Loki, early July will hold the worldwide premiere for the franchise's 24th theatrical outing in Black Widow.

Due to the worldwide pandemic pushing this release date through more than a year's worth of delays, the promotional tour for the Scarlett Johansson-starring Black Widow has seen its ups and down for most of the last eighteen months. That tour is now kicking into high gear with the first full clip having dropped at the MTV Movie Awards, and another scene came recently featuring funny material from stars Rachel Weisz and David Harbour.

That trend continues from one of the MCU's newest regulars Florence Pugh, who brought the laughs with a clip featuring her Yelena Belova.

Yelena: "Why do you always do that thing?"

Natasha: "Do what thing?"

Yelena: "The thing you do when you’re fighting. The….like, the…"

Yelena then imitates the classic Black Widow pose that fans have seen in multiple movies, laughing at her friend and calling her a "total poser:"

The full clip can be seen below, as posted by Twitter user @bestofpugh:

"YOU'RE A TOTAL POSER"

Whether Natasha wants to admit it or not, her fighting poses have certainly become a staple of her character through her first seven MCU appearances. The trailers for her first solo outing have already confirmed that this will continue in a big way, particularly with the already popular shot of her in the White Widow costume after jumping from the helicopter.

As for this particular clip, Pugh reconfirms that she will get to bring her impressive sense of humor to the MCU by not only pulling jokes with Scarlett Johansson, but fully acting them out. The two actresses have an impressive chemistry together especially with this being Pugh's first MCU outing, and it will be fun to see how this banter continues through the rest of the movie.

With about two full minutes of footage released through multiple clips, fans are slowly building hype again for Pugh and Johansson's epic solo adventure. Natasha and Yelena will see most of their lives showcased through flashbacks and the current timeline, and it will be thrilling to see how their relationship as sisters develops through the film.

Black Widow is set to release in theaters and on Disney+ on July 9.