Black Widow was originally intended to start Marvel's Phase 4 off with a bang, but due to pandemic-caused delays, the Scarlett Johansson-led flick will now follow WandaVision when it releases on May 7, 2021.

Because of its delay, several products that were intended to coincide with the film have gone ahead with their release. This has included several comic book covers based on Black Widow, which are inspired by the characters and events of the film.

Nevertheless, a few bits of information have been uncovered from the film, including a potential return to the mysterious Budapest incident teased all the way back in The Avengers. Robert Downey Jr. was also rumored to reappear as Tony Stark, though this cameo is now supposedly in doubt.

Fortnite has become well known for their collaborations with popular film franchises, having cross-promotion with the MCU, Star Wars, the DC universe and even John Wick.

Another piece of promotion for Black Widow has now been revealed, which should tide Marvel fans over until its release...

Epic Games has announced a brand new Fortnite tournament, where participants have the chance to win a Marvel skin based on the upcoming Black Widow. The Black Widow (Duos) Cup will take place on November 11.

The skin is based on Natasha Romanoff's white suit from the film, which adapts the 'Snow Suit' into the now iconic Fortnite style: 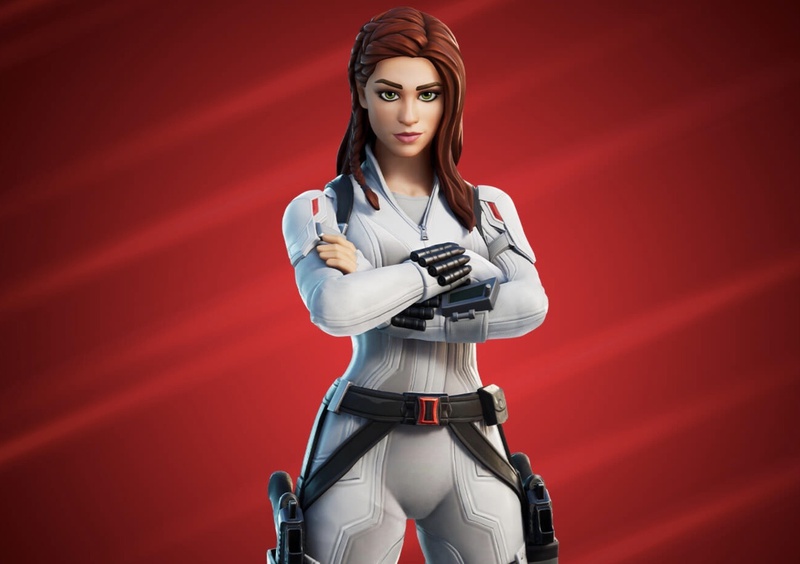 Epic Games also shared some requirements for players who are thinking of taking part in the tournament:

Key Info: → Lifetime account level 30 or higher → Account must have 2FA on → Full party must meet the above requirements as well. Reminder: Any player who participates in all four cups will unlock the free Nexus War Glider for participating in the full series!

Marvel has had several run-ins with Fortnite over the past few years, first doing so with a Thanos mode to coincide with the release of Avengers: Infinity War. The game mode was brought back for Avengers: Endgame too, which introduced some original skins based on Marvel characters. This was the first instance of a Black Widow skin, but was an original design designed by Fortnite's developers and artists.

While Fortnite's Season 4 battle pass brought in a few characters that arguably resemble their MCU counterparts, such as Iron Man and Groot, this is the first instance of a Fortnite skin being directly based on a costume from the Marvel Cinematic Universe. The skin faithfully captures Natasha Romanoff's look from the film, including the intricate detail of her suit as well as Scarlett Johansson's braided hairstyle from the film.

Fans can also expect the skin to appear in the Fortnite store following the cup's conclusion, as this has been done for all of their Marvel tournaments so far. Players are going to have to save up their V-Bucks though, as Black Widow will likely cost a pretty penny when accounting for all of her accessories too.

Players will want to squad up soon, as the Black Widow (Duos) Cup commences on November 11.