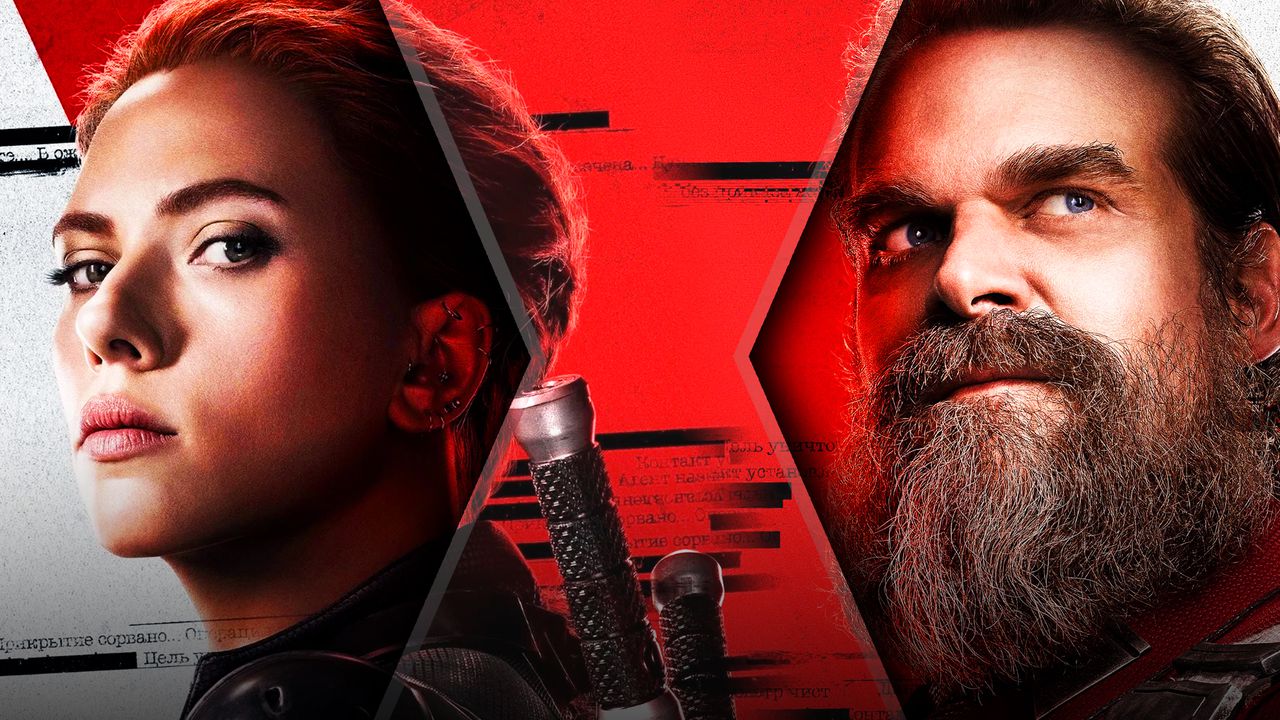 While the Marvel Cinematic Universe is finally set to return with WandaVision on Disney+ next month, the new slate of movies still has to wait until Summer 2021 with the premiere of Black Widow in theaters. The first new film of Phase 4 is set to take a trip back in time in the MCU for Natasha Romanoff’s first solo movie as the franchise expands on her journey while introducing a slew of brand new characters as well.

Nat will be going back to her Russian roots as she reconnects with characters like Florence Pugh’s Yelena Belova, Rachel Weisz’s Melina Vostokoff, and David Harbour’s Red Guardian. Most of the story connecting these four leading heroes is still very much in the dark, although it has been teased that they have strong ties as a family through their adventures together.

New quotes from Harbour have just been released that confirm this familial dynamic even further...

In a new excerpt from “Marvel's Black Widow: The Official Movie Special Book,” via Comic Book, Red Guardian actor David Harbour gives two new quotes teasing the family vibe that Natasha Romanoff and her Russian allies have created through the years. His first quote reveals that Natasha and Alexei have been working together on and off since the 1990’s as their bonds have strengthened with each other:

Now, the connection to him and Black Widow is that they were set up as a spy family in America in the ’90’s. So, Rachel Weisz’s character, Melina, was sort of the mom, Alexei was the dad, and Natasha and Yelena were their little kids. We see that in the beginning of the movie, and they sort of function as a family.

Harbour also reveals how close his character is with Nat, once rescuing her from the Red Room but later throwing her back into the fire:

They knew each other from long ago and then they lost touch for almost twenty years. And when we pick up, Alexei’s had this deep knowledge of Natasha in a certain way that no one else had when she was a kid. He took her from the Red Room and also put her back into the Red Room because he believed in this cause.

'Black Widow' was reported to still premiere in theaters on May 7, 2021.
'Black Widow' was rumored to be released in China on April 30, 2021.
Two new Marvel Legends figures featuring Red Guardian and Melina Vostokoff were officially unveiled.
See All Black Widow News, Rumors and Leaks on DirectFact

David Harbour’s Alexei Shostakov has been discussed for months on end as one of the most important connections that Natasha Romanoff has to her past life as an assassin that spanned at least two decades. Serving as sort of an older father figure alongside Melina Vostokoff for both Romanoff and Yelena Belova through all that time, the four leads clearly have a deep history in and out of the mysterious Red Room, and they will have to tackle the effects of that dark place once more as this new movie takes shape.

The film’s primary villain, Taskmaster, is set up to be the leader of a new iteration of the Red Room as he trains a deadly updated version of Black Widow recruits. Natasha and her crew appear to be tasked with stopping them as her first solo adventure away from the Avengers takes shape, and there are still plenty of other mysteries to unravel as they work their way up to battling each other. The family dynamic between the four leads will clearly be a central focus of this movie as well, and considering Natasha will be going back to her roots as she hides out from the UN after the battle in Germany, she will need all the help she can get as her world goes into chaos.

Black Widow is set to release in theaters on May 7, 2021, and has completed all shooting and post-production.