Despite Black Widow not having a concrete release date due to the COVID-19 pandemic-caused delay , a fairly steady stream of promotional content for the film is continuing to come out. This includes quite a few still images from the upcoming movie , and today fans have been treated to yet another one.

This new still image of David K Harbour's Red Guardian has been posted in the Marvel Studios Spoilers subreddit . 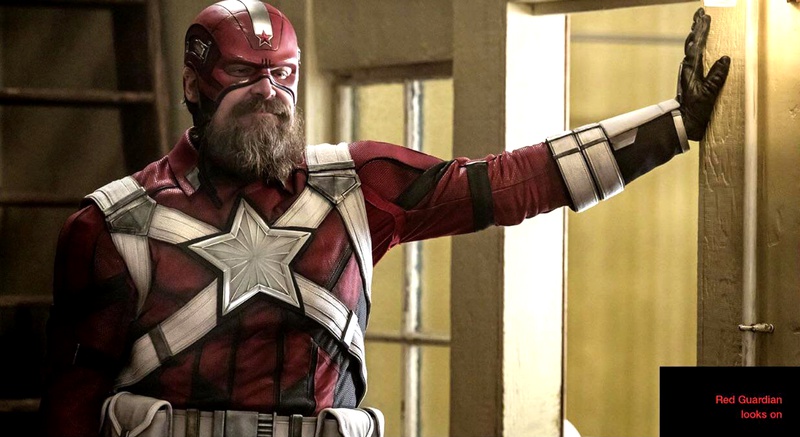 While this image doesn't reveal much of what fans don't already know about Red Guardian, it does provide a pretty good look at his suit. There are some clear paralells with the classic suits that Captain America has worn, most notably the style of helmet and the star on his chest. This is very likely to be intentional on the part of the filmmakers considering that in Marvel Comics the Red Guardian was originally created as a Soviet version of Captain America. While there are various characters and backstories for the Red Guardian mantle in the comics, it's worth noting that Alexei Shostakov - the character's alias in the Black Widow movie - was, in fact, one of the "Captain America equivalents" in the comics. This evidence supports how Marvel Studios will likely be drawing from that storyline in the films.