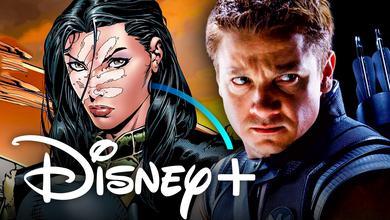 Hawkeye is set to serve as a showcase of Clint Barton's life after Avengers: Endgame, and it was confirmed that the character will not be alone this time around. Hailee Steinfeld will join Jeremy Renner's MCU character as Kate Bishop, the future Hawkeye in the comics.

Not only that, it was revealed that a plethora of Marvel characters will also debut in Hawkeye, one of them being Maya Lopez a.k.a. Echo. In the pages of Marvel Comics, the character is closely associated with Daredevil, but the MCU is set to introduce Maya first alongside the franchise's bow-wielding hero.

Details about the exact nature of Echo's role in Hawkeye are still being kept under wraps, but a new report may shed some light on the character's future in the monumental franchise.

Variety shared in a report that a Disney+ spinoff centered on Maya Lopez, a.k.a. Echo, is in the early stages of development. The character will soon debut in Hawkeye, and she will be played by Alaqua Cox.

Etan Cohen and Emily Cohen are reportedly attached to write and executive produce the upcoming show, and it was revealed that a writers' room will soon assemble behind-the-scenes. Variety also revealed that Marvel Studios is set to produce the series.

Created by David Mack and Joe Quesada, Echo is a Daredevil supporting character, making her first appearance in the pages of Daredevil #9 back in December 1999.

On the surface, it looks like Echo will play a bigger role in the MCU down the line, and the fact that the character will receive her own spinoff show could hint that Maya Lopez is a breakout star in Hawkeye.  This report is also remarkable on its own, considering that this is the MCU's first spinoff from a Disney+ series.

At this stage, it remains to be seen if Maya Lopez has already received her powers in Hawkeye, but it's reasonable to assume that the project will first showcase the character's backstory. In a way, Maya's introduction in the Jeremy Renner-led show could mirror Monica Rambeau's journey in WandaVision, meaning that a specific event in the show could very well end up as the reason behind the super-power upgrade of the character.

For context, Echo is a deaf Native American character who has the ability to copy another person’s movements. Interestingly, Echo also donned the Ronin mantle at one point, and this tidbit could tease that Clint will end up passing the title to the MCU's Maya Lopez.

The character's connection to Daredevil could also be hinted at in Hawkeye, and this reported spinoff could pave the way for the Man Without Fear's true MCU debut down the road.

Whatever the case, Alaqua Cox's Echo is here to stay, and it will be interesting to witness how the character will fare against other MCU heroes in the near future.