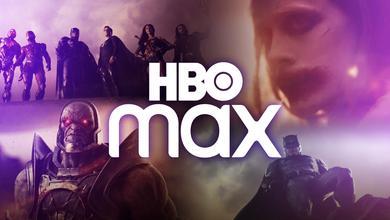 With only ten days to go, DC fans don't have much longer to wait until Zack Snyder's Justice League finally releases on HBO Max. The film is set to bring viewers an extra two-hours of new superhero action compared to the original cut that released in 2017 to disastrous backlash for Warner Bros.

Snyder has promised international fans — in most countries — the film will release on the same day as the U.S. globally, and yet the studio has yet to confirm specific details of plans for the worldwide release including platforms and times.

However, it seems some fans won't have to wait that long to watch the long-awaited action-packed recut as a glitch on HBO Max has allowed the film to be viewed weeks prior to its release...

A briefly available glitch on the HBO Max site shared on Twitter by ThenDougSaid has allowed some subscribers to watch Zack Snyder's Justice League early, prior to its March 18 release.

The user shared a screenshot from the opening of the movie on his page along with a now-deleted video to prove he was able to watch the film in full.

Doug went on to explain that he selected Tom and Jerry on HBO Max to watch in the background as he was working, but instead ended up spending four-hours enjoying the long-awaited Snyder Cut.

Literally selected Tom and Jerry for background noise while I worked and now I’m instead dedicating 4 hours to a movie instead of working lol.

It's unknown if others have been able to replicate the glitch or HBO has managed to fix the glitch. But Doug was able to view the film by selecting the newly released Tom and Jerry film from a promo on the main home screen.

Yep. At least if you select Tom and Jerry from the main screen, promo.

Update: In a comment obtained by ComicBook.com, HBO Max addressed the error which was fixed “within minutes,” saying:

“Zack Snyder’s Justice League was temporarily available on HBO Max, and the error was addressed within minutes.”

A DISASTROUS FAILURE FROM WARNER BROS

It's unclear exactly what led this glitch to occur, however, the screenshots shared confirm the site does still register the film as Tom and Jerry, meaning it likely accidentally replaced the recently released movie.

Zack Snyder's Justice League is in an interesting position compared to most popular superhero releases as fans already know the crux of the story thanks to the original film. Additionally, interviews and announcements from Snyder himself have already revealed many of the film's major changes and surprises. So in this rare case, spoilers aren't too much of a concern for the studio, except for some small details.

Warner Bros. will likely be careful to tighten their security on the site going forward, especially as the studio plans to release all its upcoming 2021 films on the HBO Max service on the same day as theaters.

Zack Snyder's Justice League is set to release on HBO Max on March 18 — with international release details to follow soon.