Justice League: Zack Snyder Reveals His Cut Has Six Chapters Plus an Epilogue 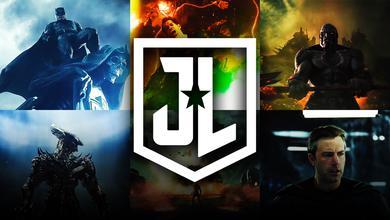 Ever since Spring 2020 brought the official green light for Zack Snyder's director's cut of Justice League, teases for the upcoming HBO Max release have been more plentiful than almost any other project this year. With still a long wait to endure until the official release on the new streaming network and news still coming from the film's recent reshoots, behind the scenes looks have been releasing online almost every day teasing everything that happened on the set of the DCEU crossover epic.

Snyder himself has been incredibly open to discussing the opportunity to complete his full vision on his third directorial effort in the DCEU, displaying his reignited passion as he gets to show his version of Justice League to the world next year. The last couple of weeks have included multiple appearances on popular podcasts discussing the Snyder Cut, including a recent interview revealing how he always viewed the outline of the story.

In a recent interview on TheFilmJunkee podcast, via YouTube, Justice League director Zack Snyder discussed that his vision for the DCEU team-up movie has always had the concept of being separated into multiple chapters. Snyder gave these quotes while talking about the way he structured the major DCEU blockbuster:

The full interview on YouTube can be seen below, with his comments coming at the 3:45 mark:

Even though the Snyder Cut will come out to be four parts long on HBO Max instead of six, it's quite illuminating to hear the way Zack Snyder worked to organize this project, especially once he got the go ahead to produce it for release. It will be interesting to find out how exactly his six-part film is organized into the four episodes scheduled for debut on HBO Max, but it is already going to provide more material than the movie's original cut in 2017, and fans have high expectations for its quality.

With all successful movies having a solid structure in terms of plot and story, fans are wondering how much the story of the Snyder Cut will change and adapt from the original cut of Justice League released three years ago. With the Snyder Cut not requiring a necessary connection to its prior movies now that the DCEU canon is set, Snyder has plenty of liberty to tell the exact DC story he wants to tell, and the added length should help him mightily in that endeavor.

The Snyder Cut of Justice League is prepping for global release on HBO Max sometime in 2021.