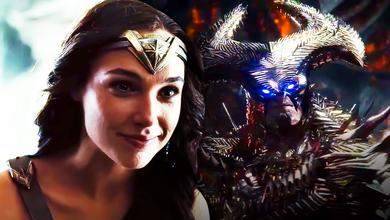 Zack Snyder's Justice League experienced quite a journey before its much-anticipated arrival on HBO Max this March. From overwhelming fan support to shocking behind-the-scenes reveals, the history of the Snyder Cut was well-documented, and it's only a matter of time before everything is unveiled.

It's no secret that the marketing for the famous director's cut was top-notch even before it was officially announced, with Snyder being at the forefront. The visionary director shared how his version was different from what was presented in the theatrical cut of the film, including the likes of additional characters and expanded story arcs.

As the film's debut inches closer, the promotional campaign for the Snyder Cut took a step higher through various character-focused trailers. This latest strategy is mainly focused on taking a deep dive into the different storylines that each member of the Justice League will encounter.

Now, Diana Prince is the latest League member to receive this unique treatment.

Zack Snyder officially shared a never-before-seen trailer for his cut of Justice League, placing the spotlight on the story arc of Gal Gadot's Wonder Woman.

"We have no fear!" #WonderWoman #SnyderCut #InternationalWomensDay pic.twitter.com/IDXM9WtTZr

The breakdown of the quotes that were included in the trailer can be seen here:

Queen Hippolyta: "Evil does not sleep, it waits. Something is coming."

Black Clad Alpha: "Back to the dark ages."

Aquaman: "The devil and his army in hell."

Perry White: "The world is broken"

Bruce Wayne: "This is the only way."

Steppenwolf: "I watched your island burn."

Wonder Woman: "Show him your fear!"

Amazons: "We have no fear!"

Wonder Woman: "They said the age of heroes would never come again."

Wonder Woman: "Don't engage alone, we do this together."

Alongside the reveal, a brand-new poster for Gal Gadot's Amazonian princess was also unveiled.

WONDER WOMAN'S STRENGTH WILL BE TESTED IN JUSTICE LEAGUE

Wonder Woman is a formidable hero in the DCEU, but it looks like her might and power will be challenged by Steppenwolf like never before in Zack Snyder's Justice League. The showdown between the two powerhouses will be a visual treat for fans, and it's safe to say that it will look and feel different from its theatrical predecessor.

An extended look at Diana's discovery of Themyscira's warning was unveiled, and it provides a compelling way to reveal the heroine's fear of the threat that will arrive.

Meanwhile, the inclusion of various lines of dialogue in the trailer once again adds more hints on how the film will tackle Wonder Woman's part in the narrative. Snyder's way of presenting these quotes no doubt provides intrigue, but it is an effective tool in creating more hype for his version ahead of its debut.

While the DCEU future of Wonder Woman is bright due to the already-confirmed arrival of Wonder Woman 3, Zack Snyder's Justice League presents a unique opportunity to showcase a different side of the hero, and it will be interesting to witness how it will all go down.