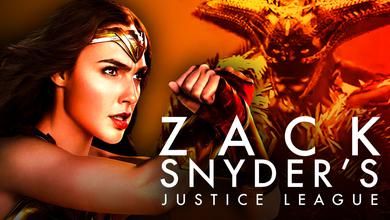 Zack Snyder's Justice League will be entirely different from the version that was released in theaters back in 2017, which was further amplified by the latest trailer that showcases distinct story beats. Aside from that, this new edition was already confirmed to be four hours long, which presents a rare opportunity for the film to expand on various character moments and plot points.

Set to debut on HBO Max on March 18, the marketing for Justice League has ramped up in recent weeks, with Snyder being at the forefront of the campaign. The visionary director has been sharing compelling tidbits about his film through a plethora of interviews while also revealing early designs of some scenes from his cut.

Now, the director once again provides fans with an exclusive look at one of the intense moments of Justice League.

In a post from Vero, director Zack Snyder shared a pre-viz footage of Steppenwolf's arrival in Themyscira from his version of Justice League.

The clip shows the Amazons trying to protect the Mother Box against the spike-infused villain alongside a horde of parademons.

AN INTENSE BATTLE WITH THE AMAZONS

Based on the scene, the main difference from Steppenwolf's attack on Themyscira is the inclusion of Queen Hippolyta. In the theatrical cut, the Queen of the Amazons was present when the villain arrived to retrieve the Mother Box, but the new trailer seemingly hints that Connie Nelson's character was absent during the raid. Now, this pre-viz shot of the sequence appears to confirm that this was the case.

Even though the date from the video was listed as December 2015, previously released footage from the same sequence shows a more violent side of Steppenwolf, and this spells trouble for Diana Prince's sisters in Themyscira. The villain's dangerous side and no-remorse attitude will likely be retained, especially after it was confirmed that the Snyder Cut was Rated-R.

Given the lengthy runtime of Zack Snyder's Justice League, it's possible that Steppenwolf's battle against the Amazons will be longer than anticipated. In a way, it makes narrative sense, considering that this is the first glimpse of the villain's brute force in the film.

Knowing full well that the Amazons are strong and well-trained, showcasing the villain's triumph against these female warriors is a fitting moment to establish the fact that he is a worthy adversary to the Justice League.