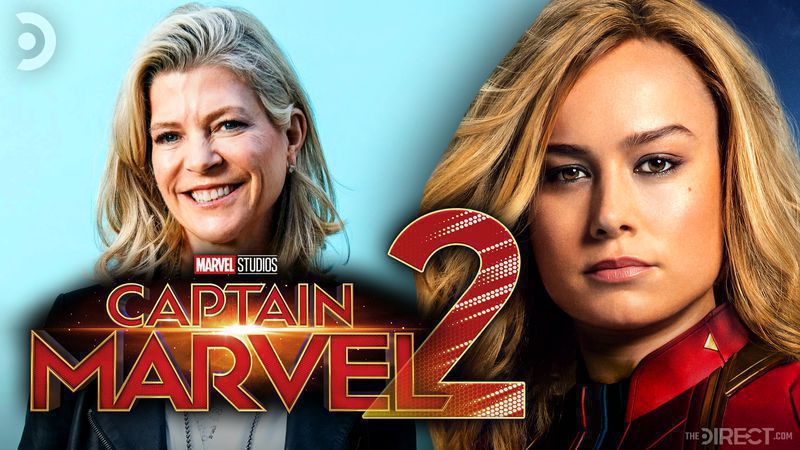 Last month, Marvel Studios adapted to the global pandemic and announced an updated release schedule for their upcoming films. Black Widow will premiere Marvel's Phase Four on November 6, 2020, and the final film included was the still untitled Captain Marvel 2, which is slated to premiere on July 8, 2022.

Being two years out from its release date, now would be the time for Captain Marvel 2 to go forward on its initial pre-production steps, including cementing writers, the script, and the director/s. A few weeks ago, a rumor stated that the Captain Marvel sequel story would directly factor into the events of Avengers 5, and now a new rumor has given more insight to the directors that Marvel is looking towards to helm the heroine's pivotal story.

Contributing insider Daniel Richtman, who previously provided The Direct the exclusive scoop that a Ghost Rider project is being developed by Marvel Studios, has shared some new rumors on his Patreon about the upcoming Captain Marvel 2. According to Richtman:

Marvel is looking for a female director for Captain Marvel 2 and one name I heard as a possibility was Michelle MacLaren but she's just one name in the mix. Also the Captain Marvel 2 director could very well direct New Avengers as well

Michelle MacLaren, known for directing episodes for television shows such as Breaking Bad, Game of Thrones, and Westworld, makes complete sense as a possible shortlist contender. MacLaren was initially slated to direct 2017's Wonder Woman before dropping out due to creative differences. She is currently attached to direct an adaptation of Image Comics' Cowboy Ninja Viking, which had Chris Pratt set to star before being put on an indefinite hold. The director was also rumored to be on Marvel's shortlist to helm Guardians of the Galaxy, Vol. 3 before Marvel brought back James Gunn. It seems as if the superhero film industry is a definite fan of Michelle MacLaren's talents, and thus the idea that Marvel is throwing her name around as a possibility for Captain Marvel 2 is no surprise.

Captain Marvel was directed by duo Anna Boden and Ryan Fleck, so the rumor that Marvel is looking for a sole female director seems to suggest the first film's directing pair will not be returning to the sequel. What is most interesting about the news is that Marvel is also looking to entrust the Captain Marvel 2 director with the next Avengers film. Marvel Studios did task MCU newcomer Joss Whedon to direct 2012's The Avengers, and Marvel may be looking to repeat the success a pair of fresh eyes can bring to Earth's Mightiest Heroes. Given the faraway release date, fans will most likely have to wait a bit longer before any of these details are confirmed, but according to these rumors, The Direct may have to add in a new Avengers 5 director prediction.