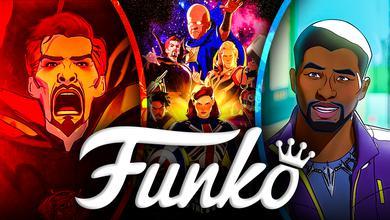 After the MCU's first four projects of 2021, which include three Disney+ outings and Phase 4's first movie in Black Widow, Marvel Studios will take its first chance with animation in August's What If...? on Disney+. This ten-episode story will look back at the Infinity Saga's 23 movies from 2008 to 2019, although key details of the original stories will be changed to create something new.

While fans only have one collection of footage to enjoy from the trailer released at Disney Investor's Day, rumors detailing certain episode plots have circled through news streams over the past few weeks. Highlights include Peggy Carter's evolution into Captain Carter and even the return of Robert Downey, Jr.'s Iron Man, all with Jeffrey Wright's Watcher keeping a glowing eye on the madness.

Once Loki ends on July 14, it will be at least another three weeks until the show debuts, and fans are hoping for more promotional teases during that time. In that light, a recent leak is teasing some of the action by way of new Funko Pops! that will be available for purchase.

FUNKO LEAKS FOR MARVEL'S WHAT IF...?

Reddit user @mariobros612 leaked an image of the back of a box for a Marvel Studios' What If...? Funko figure that has yet to be officially announced. Displayed are five Marvel Funko Pops! based on the MCU's fourth Disney+ series What If...?.

These Pops! take inspiration from key players in the MCU's first animated series, going under the names of Captain Carter, T'Challa Star-Lord, The Hydra Stomper, Gamora: Daughter of Thanos, and Doctor Strange Supreme.

Marvels what if funko leak pic.twitter.com/BiQAE4oR1C

THE MCU WITH A STRANGE TWIST

While most of these Pops! feature characters and twists that have been discussed in rumors from recent weeks, they still bring a new level of excitement for this new take on the MCU's history.

The biggest reveal here is undoubtedly the Doctor Strange Supreme Pop!, whose character gave fans a fright when he first debuted against the Sorcerer Supreme in the first trailer. Described as a version of the hero that goes down a dark path after losing his love, this take on Strange could be one of the most dangerous personalities of the entire series if set fully loose into the multiverse.

Captain Carter and Hydra Stomper both find themselves looking great in Funko form, building excitement for fans as two characters that have been teased since What If...? was first announced. The Hydra Stomper is even put into jumbo size alongside Peggy, teasing a new dynamic between the power couple during World War II.

As for the galactic characters, both T-Challa and Gamora's Pops! tie back to the trailers and leaks for what their stories will hold in this new universe.

Gamora is said to be hunting Tony Stark for reasons unknown, and image leaks have teased that she will sport an outfit and weapon similar to those of her adoptive father Thanos. Already regarded as "the fiercest woman in the galaxy" during her hero days, a strong alliance with the Mad Titan can only mean trouble for the MCU's OG hero.

T'Challa's story should be a thrilling one after Yondu takes him from Earth instead of Peter Quill, although it will be an emotional ride with it being likely Chadwick Boseman's final MCU appearance after his passing in 2020. The Wakandan prince will have the chance to thrive outside Earth's atmosphere, and fans will certainly look forward to Boseman's excellent voiceover work.

Funko collectors will have their hands full once these Pops! release to the public, paying tribute to one of 2021's most highly-anticipated MCU entries.