The sequel to Warner Bros.' big hit in their DC Extended Universe, Aquaman and the Lost Kingdom, will be about the lost nation briefly mentioned in Aquaman by Patrick Wilson's Ocean Master. Alongside Wilson, other actors confirmed to return are Yahya Abdul-Mateen II's Black Manta and Amber Heard's Mera.

Thus far, the only new cast member to be announced was Pilou Asbaek in an undisclosed role, but with cameras rolling for the Aquaman sequel, more announcements about the cast were expected to come. Not only will another actor from the original movie be returning, but three more have just joined, with one of them playing a villain originating from Green Lantern of all places. 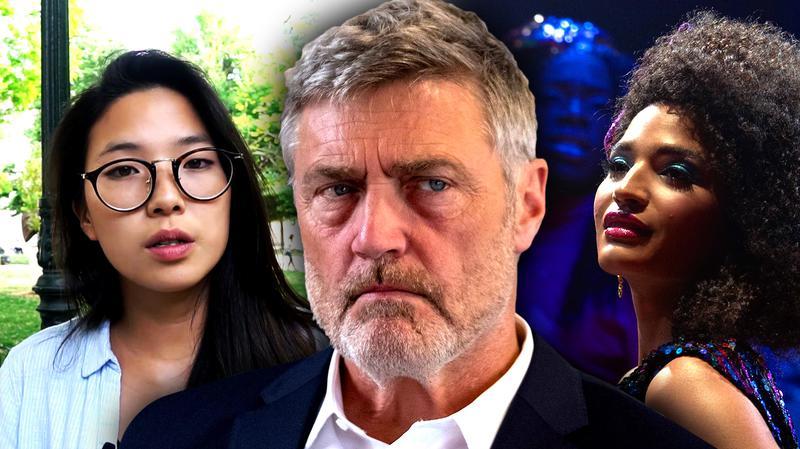 The Hollywood Reporter revealed that not only will Randall Park be returning as Dr. Stephen Shin in Aquaman and the Lost Kingdom, but that three additional new cast members have been added.

Jani Zhao was cast as a character only known as Stingray. The outlet could not determine if this was a villainous role, but that the character will be original to the film.

Indya Moore will play the DC villain Karshon, also known simply as The Shark. Initially and primarily a Green Lantern villain, first introduced in 1963's "Green Lantern" #24, he was a regular tiger shark hit by radiation, which fast-tracked his evolution by millions of years into a telepathic and anthropomorphic tiger shark.

Finally, Vincent Regan will replace Graham McTavish as the ancient ruler of Atlantis, seen briefly in Aquaman, who caused the city to sink into the sea.

Blood in the Water for Aquaman

Not only will Jason Momoa's Aquaman have to deal with his half-brother Orm again as a prisoner, but Black Manta will be returning for revenge, presumably with the help of Dr. Stephen Shin. So now, it seems like a giant anthropomorphic shark will be facing off against the King of the Seas too.

The Shark will be another case of a character's gender being changed from the comics, as he will be played by Moore, a non-binary actress. The character's origins in the comics are certainly unique, as The Shark was indeed a Green Lantern villain, only having a handful of run-ins with Aquaman himself over the decades despite being an aquatic-based bad guy.

Fans will have to wait and see how these villains will stack up against King Arthur when they see Aquaman and the Lost Kingdom in theaters on December 16, 2022.