Wonder Woman 1984: Gal Gadot Is in All Her Glory on New Magazine Cover

Wonder Woman 1984 may be delayed once again due to the COVID-19 pandemic, but we've continued to get some teases of the 1980's-style fun in store from time to time. Several magazines, including Empire and Entertainment Weekly, have decked out their covers in rainbow colors with our favorite Amazonian in the middle, and another has just been added to that list.

Technology and entertainment-focused magazine Speed released their July-August 2020 issue today, and the cover story is all about Wonder Woman 1984 . 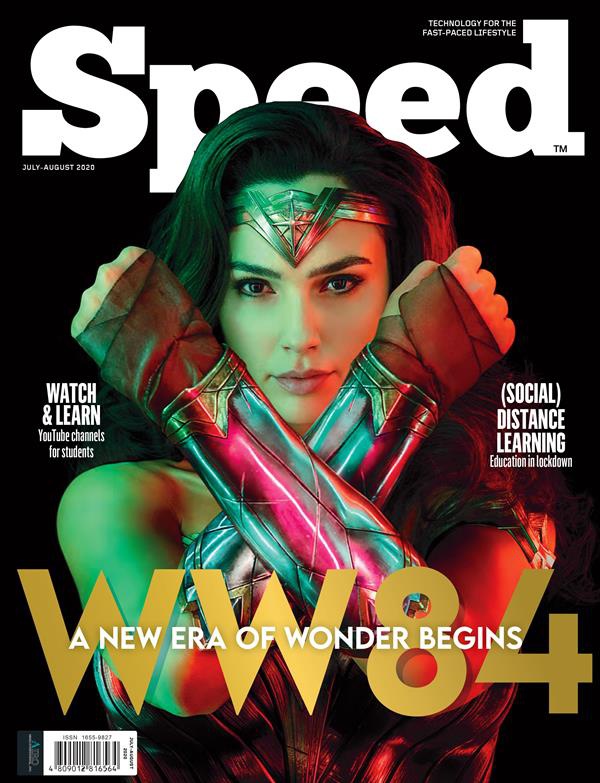 In addition to the cover image of Gal Gadot as Wonder Woman in all her glory, the issue also features a seven-page feature about the upcoming DC Extended Universe flick in which director Patty Jenkins and stars Gal Gadot and Chris Pine talk about the theme of the movie and how Diana Prince is evolving as a character. Jenkins explains:

"Diana is more than a Super Hero who’s here to fight and to stop the bad guys. She has a belief system that says we can become a better version of ourselves, we can evolve, that there is hope for humankind. In the first movie, she engaged with the first wave of the mechanization of war and saw how utterly we can destroy each other. I loved having that character in that world, walking through it with her slightly removed perspective and asking, ‘Is this the way you really want your lives to be?’"

Gadot echoes these sentiments and discusses the contrasts in the themes of 2017's Wonder Woman and this sequel:

“Wonder Woman is going through what humankind is going through, a parallel arc. When Patty and I were working to promote the first film, I thought it would be amazing, if we were lucky enough to make another film, if it could be a different chapter with a different value. The first was about love, the simplest thing, and we could all relate. This one is about truth, and we see her human side, a part of her that wants something she can’t have.”

While the first Wonder Woman saw Diana question the values of those around her, the implication seems to be that this time around she may face a more internal conflict to discover her own. DC Comics is known for putting it's larger-than-life superheroes with astounding powers in situations where they are forced to confront their own humanity on a personal scale (sometimes described as "gods becoming humans" as opposed to the "humans becoming gods" theme often presented in Marvel properties).

It seems that Wonder Woman 1984 is going to be the time for Diana to practice what she's preached in order to save the world once again.