With an initial release date of December 13, 2019 , Wonder Woman 1984 has been moved several times now, with the current release date being October 2, 2020 . Since then, Patty Jenkins has been giving piece-meal details of the movie to fans and outlets, such as the relationship between Kristen Wiig's Cheetah and Gal Gadot's Diana Prince and talk of a potential Amazon spin-off .

The latter of which has been mentioned again by Jenkins in a recent interview piece with Empire , and how this Amazon spin-off has changed since then. Other goodies regarding WW84 and what fans should expect from it have also been unveiled.

In an exclusive interview with Empire , accompanied by new images from Wonder Woman 1984 , Patty Jenkins talks about the use of flashbacks in WW84 , the previously mentioned Amazon spin-off, and Wonder Woman 3 . 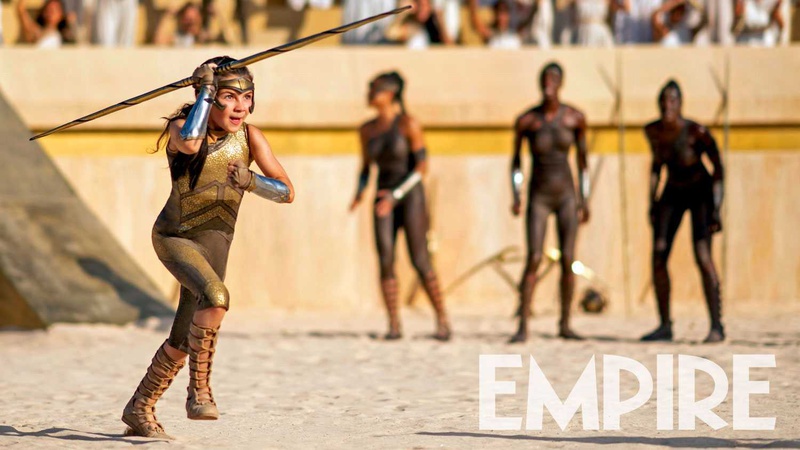 When discussing the newly released image, Jenkins mentions her love for the concept of the Amazon Olympics , seen briefly in the WW84 trailers. She said that it is " everything that we got to really celebrate in the first movie," likely referring to the earlier parts of the original Wonder Woman on Themyscira.

“Here are these people who are incredibly powerful and capable, but different in how they approach things. If you've been training for hundreds of years because of an impending invasion, you're going to be constantly working on all these skill sets. So, to me, every year, they would have these Olympics to see who's doing the best on horses or swimming the fastest, and seeing new tricks people have figured out.”

Patty Jenkins also mentions the Amazon spin-off she discussed months ago and how it could actually become an animated series that would be “part of the in-world story of Wonder Woman."

As for Wonder Woman 3 , she discusses her process of developing it for today's world, saying that “You're enjoying the movie you're making and also reflecting on what could be different or better in the [real] world. And therefore what story you want to tell,” and that the best thing about superhero stories is that "You're able to have a dialogue about what a hero would be right now."

She also mentions that she is working with Gal Gadot to develop this sequel: "I have ideas for what I'd like to say, and Gal does too"

It's interesting to hear that the initial Amazon spin-off movie that Jenkins talked about is being considered as an animated series instead, while still being connected to the on-going Wonder Woman franchise and, by extension, the DCEU.

As for the Amazon Olympics, it will be interesting how it connects thematically to the story and character of Diana in Wonder Woman 1984 . Likely as a form of internal character development relating to her new powers seen in trailers, such as her literally swinging from lightning, which could connect to an Olympic event she had participated in as a child.

Finally, her mentioning of having Wonder Woman 3 " reflecting on what could be different or better in the [real] world" is a nicely optimistic perspective and perfectly displays the purpose of escapism. So, it's likely that the third movie in this franchise will take place in the modern-day and reflect this philosophy.