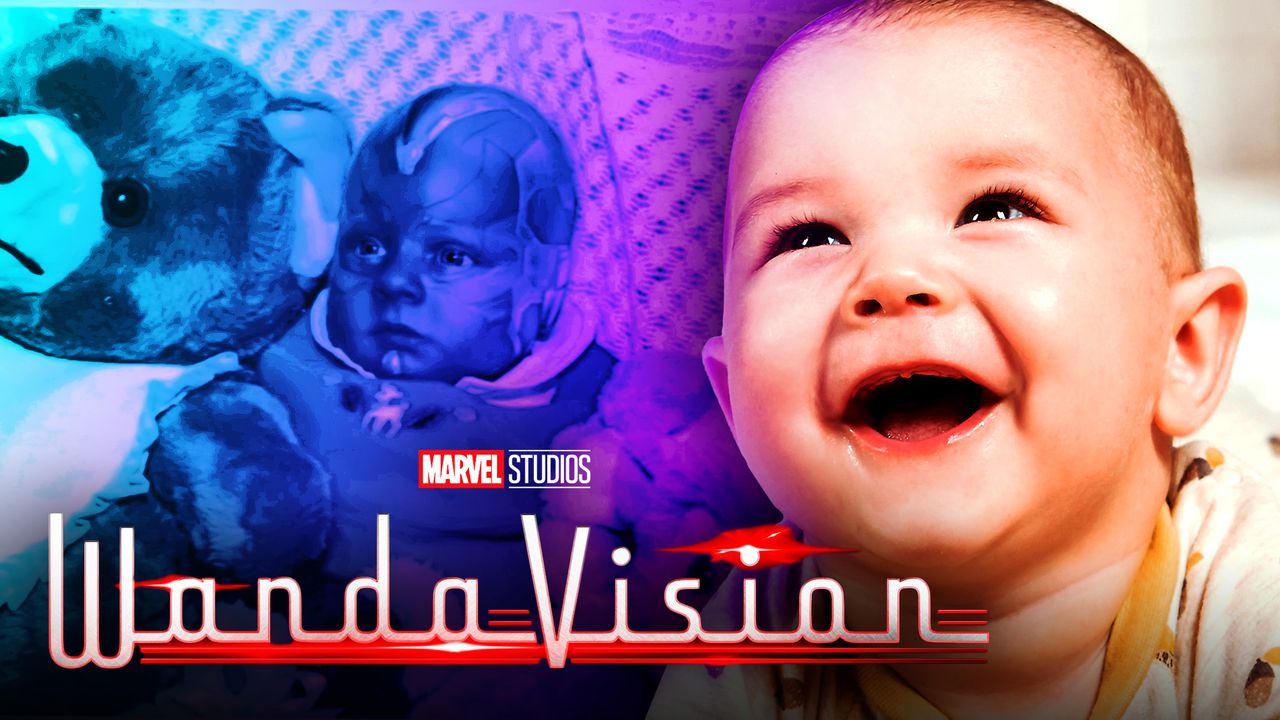 With WandaVision having come to an end earlier this month, more and more details on how the series came to be are being revealed by the cast and crew.

The series takes its characters - and audience - through several decades of sitcom history, as well as the post-Blip "real world" of the MCU, and its main characters are a witch and an android so obviously, a lot of visual effects needed to be incorporated to bring the first MCU Disney+ series to life.

Creating the look of the aforementioned android, Vision, was even more complicated for WandaVision than it is usually in the MCU. Fans have already been let in on the "secret" of actor Paul Bettany having to be painted blue instead of purple in order for the coloring to look right for the black-and-white episodes, but other versions of Vision proved to be just as complex to create.

Ed Bruce, one of WandaVision's visual effects supervisors, recently spoke with Befores and Afters about his work on the show, specifically how various versions of Vision came to be.

One that Bruce's team was in charge of creating effects for was the disassembled version seen when Wanda goes to retrieve his body at SWORD headquarters. Bruce explained that a basic mannequin of laid out parts was filmed (in addition to Paul Bettany himself lying down) and described how the team came up with an "initial bible for the ultimate design."

“The only reference of Vision’s interior was from Infinity War when his Mind Stone was ripped out of his head by Thanos. You briefly got to see inside this cavity in the head, and you got to see the interesting mix of tech, with all the lights slowly dying. We used that as our initial bible for the ultimate design. Our team really enjoyed creating this look. Building Vision from the ground up. Skeletal, circulatory, respiratory, nervous and muscular systems designed and visualized in synthezoid fashion. It became quite an asset with lots and lots of feet of fibre-optic cables.”

On the flip side of the circle of life, Bruce's effects team was also tasked with creating the look of Vision as a baby. While Vision was actually "born" with his full, adult-looking body during Avengers: Age of Ultron, a photo of a baby version of him was included in the "Episode 5" theme song based on 1980s sitcoms. It turns out the image started with a photo of a real baby (seen above) from someone on the production team and was modeled by the crew "as if it was a one-frame shot."

“The second we saw the photos, our crew just got really excited. We’d all been watching The Mandalorian which had the whole Baby Yoda thing. When we got sent this image, we were like, please tell us there’s going to be some actual shots! But of course it ended up only being a still.”

Possibly due to the Baby Yoda craze, Bruce suspected Vision's child self might be “the most talked about thing of all of our work. And of course, once aired, Twitter lit up with joy.”

There was quite a lot of conversation to his baby look, a lot of laughter and happiness from crew and client. I knew it’d be a great talking point.”

A VISION FOR ALL SEASONS

While it's debatable whether baby Vision was truly the most talked about version of the character seen in WandaVision, it certainly helped bring the era it was part of to life.

The dissected Vision was also a big topic of discussion, both because of the emotional weight it carried and because of its homage to the classic "Vision Quest" storyline from the original run of The West-Coast Avengers. This arc also saw Vision disassembled and rebuilt as White Vision (who doesn't have any emotional connection to Wanda or his other former teammates) but plays out quite differently from WandaVision's take on the material.

WandaVision was a great opportunity for fans to get to see more sides to Paul Bettany's Vision than they've gotten to in the movies, and it turns out that meant literally seeing him in different bodies and forms brought to life by the show's visual effects team members.

All nine episodes of WandaVision can be streamed on Disney+.