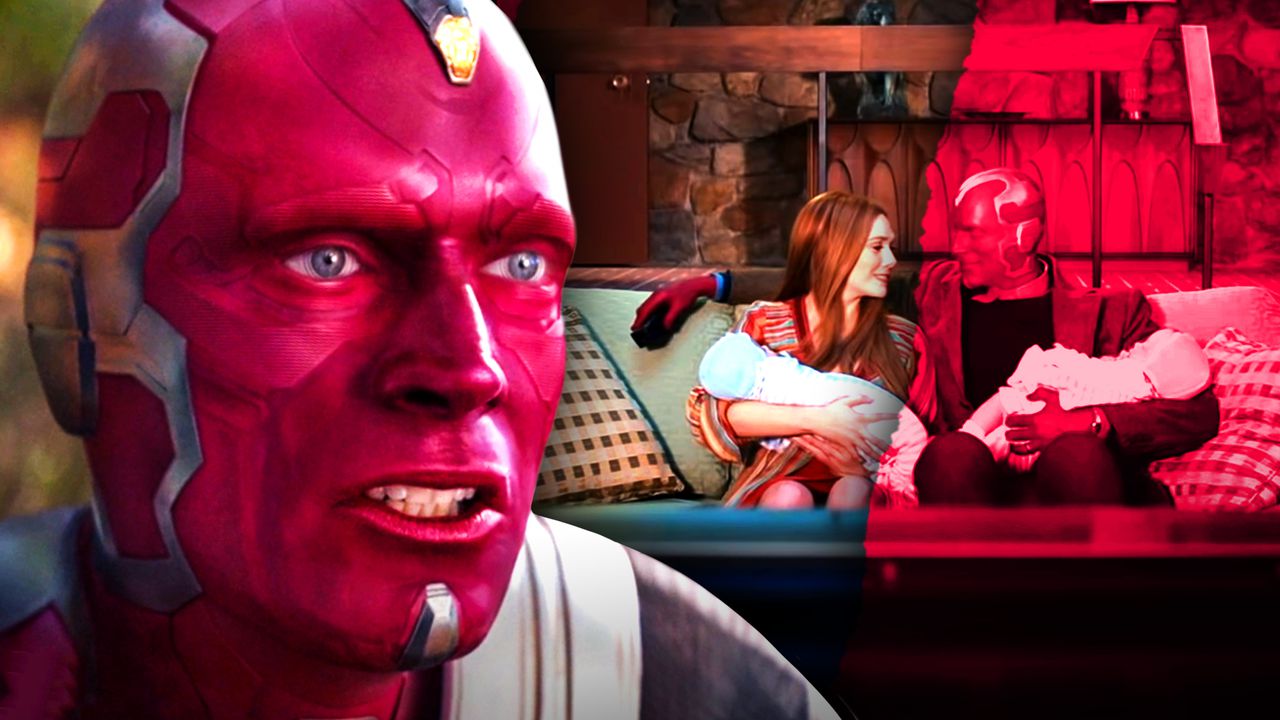 Phase 4 of the Marvel Cinematic Universe is just over two weeks from finally debuting with WandaVision set to stream on Disney+. As the first Marvel series to fully complete filming and post-production, Elizabeth Olsen and Paul Bettany’s solo show faced an extended delay due to the worldwide pandemic, but Marvel CCO Kevin Feige and the team are ecstatic for it to open the doors for the MCU’s future.

Focused on a wacky sitcom alternate reality that Scarlet Witch creates, WandaVision will look to solve a big mystery: How exactly has Vision come back to life? After Paul Bettany's JARVIS-turned-android had the Mind Stone ripped out of his forehead at the end of 2018's Avengers: Infinity War, it will seemingly take a great deal of power from Wanda to bring him back from the dead to live happily ever after alongside her.

Even taking into account how excited Bettany is to play Vision again, his most recent quotes leave some uncertainty about whether this will be his last appearance in the MCU.

In a new interview with SFX Magazine, WandaVision star Paul Bettany expressed a hint of doubt on if he would continue to play Vision after WandaVision releases on Disney+.

Even with this doubt, Bettany unabashedly admits he has had "a ride of a lifetime" in the MCU when asked if the end of WandaVision bodes well for future Marvel Studios appearances:

I’m going to not speak on that one. I love playing the Vision. I would absolutely love to continue in some way, shape or form, in the universe. I love this character, and I think that, as you will see when you get to watch this, anything is possible. We can break all kinds of rules. It’s very rich storytelling, and it’s full of many opportunities to tell all sorts of different stories. I love being involved, and it’s been a ride of a lifetime.

WandaVision is going to be the first true exploration of what is real and what isn't within the MCU's plot, especially as the Multiverse is brought into play.

After Vision clearly died via Infinity-Stone-removal in Avengers: Infinity War, the announcement revealing Bettany's return for the Disney+ series came as an unexpected surprise. Vision and Wanda are inseparable within the MCU, and with Wanda's powers set to increase exponentially in Phase 4, this show may serve as a rebirth for Vision.

Whether this is Bettany's last project in the MCU or not, he currently holds a place as the longest-running star in the franchise. Coming into the MCU as the voice of JARVIS in 2008's Iron Man before evolving into Vision in 2015's Avengers: Age of Ultron, this series will mark the actor's eighth MCU project over the course of nearly thirteen years.

Vision's powers should be utilized in this solo series to the same extent as Wanda, and even though it's still unclear what threats they will face, the two will continue to be a force through the show's at least eight-episode journey.